1 Causes of the CIVIL WAR

2 Name: _______________ September 2012 Period: _____________Social Studies Topic: Causes of the Civil War Aim: What events lead to the Civil War? Homework: Choose one of the issues from today’s presentation. Pretend you were there to witness that incident. Write a letter to a friend describing the event in detail and giving your views of the event and the state of the Union. For a real challenge…write from a southerner’s point of view. (at least 10 sentences) Do Now: Answer in one paragraph Explain how the Missouri Compromise was just a temporary solution to the issue of slavery. Give examples.

3 Missouri Compromise of 1820 Missouri and Maine both apply for statehood in 1820. The North and the South want to maintain the balance of power between free states and slave states. A compromise is reached making Maine a free state and Missouri a slave state. An imaginary line set at 36 30’ was drawn across the Louisiana purchase. North of that line, slavery was to be banned forever, except in Missouri. South of that line, slaveholding was permitted.

4 Nat Turner’s Rebellion In 1831 a slave named Nat Turner and six fellow slaves launched a slave rebellion. They killed 57 whites before Turner was captured and executed. As a result of this rebellion: Southerners tightened restrictions on slaves. Southerners lashed out at abolitionists, blaming them for Turner’s actions.

5 Compromise of 1850 When California applied for statehood, the balance between free states and slave states was once again threatened. Henry Clay proposed the Compromise of 1850 which stated: California would enter the Union as a free state. Slavery would be decided by popular sovereignty in the Utah and New Mexico Territories. The slave trade would be banned in Washington D.C. but slavery was still permitted. A more strict fugitive slave law was put into effect.

8 Kansas Nebraska Act/ BLEEDING KANSAS This plan by Stephen Douglas was to split the rest of the Louisiana Purchase into 2 territories: Kansas and Nebraska. These territories would decide the question of slavery by popular sovereignty. Many slave owners from Missouri and other slave states crossed into Kansas to vote illegally. Pro-slavery and anti-slavery groups clash in what becomes known as bleeding Kansas.

9 The Dred Scott Decision Dred Scott, a slave from Missouri, traveled with his owner to Illinois (a free state) In 1846 he sued for his freedom claiming that living in Illinois for a time had made him a free man. Supreme Court ruled that: Blacks were not citizens and could not sue in court. Scott was someone’s property and could not be freed.

10 The Lincoln-Douglas Debates Newcomer Abraham Lincoln runs for Senate against incumbent Stephen Douglas. Lincoln challenged him to a number of debates, most of which focused on slavery. Lincoln argued that slavery was wrong and should not be allowed to expand. Douglas accused Lincoln of trying to abolish slavery. “Mr. Lincoln thinks the negro is his brother.” Lincoln lost this election but gained much popularity.

11 Abolitionist John Brown planned to start a slave uprising. Brown’s group of 20 men took over the Federal Arsenal at Harper’s Ferry, Virginia. Brown sent some of his men to recruit slaves to join the raid… No one came. Federal troops arrived and took back the arsenal, killing or capturing John Brown’s gang. John Brown was found guilty of treason (betrayal) and was executed. Many northerners considered him a hero who died for the freedom of the slaves.

12 Lincoln’s Election Abraham Lincoln ran for president in 1860 against Northern Democrat Douglas and Southern Democrat Breckinridge. Lincoln won without carrying a single Southern state. The south was afraid that once in power, Lincoln would try to abolish slavery. Lincoln insisted he would not change slavery in the south though he did say that slavery would have to end at some point. 4 days after the election, South Carolina’s legislature met to discuss and carry out their secession. By February 1, 1861, Mississippi, Florida, Alabama, Georgia, Louisiana, and Texas had also seceded from the Union. 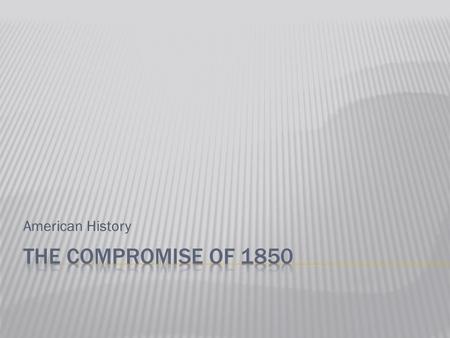 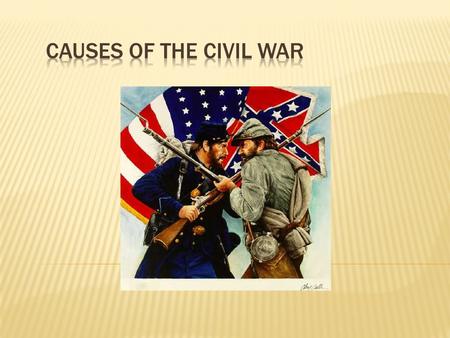