Presentation on theme: "Binary Ionic Compounds (Type I) Contain a cation and anion The cation is always named first and the anion second."— Presentation transcript:

6 Binary Ionic Compounds (Type II) Involves metals that can form more than one cation In this case, the charge on the metal ion must be specified with Roman numerals

10 Ionic Compound with Polyatomic Ions You must MEMORIZE your polyatomic ions!!!! There are a few hints… Night-rateNO 3 - Night-rightNO 2 -

11 Ionic Compound with Polyatomic Ions the polyatomic in a series with less oxygen atoms ends in -ite, the other - ate (The ate ate the ite)

21 Naming Acids Continued If the anion DOES contain oxygen, the acid name is formed from the root name of the anion with a suffix added

Download ppt "Binary Ionic Compounds (Type I) Contain a cation and anion The cation is always named first and the anion second." 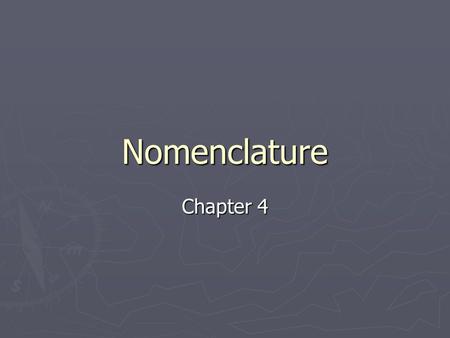 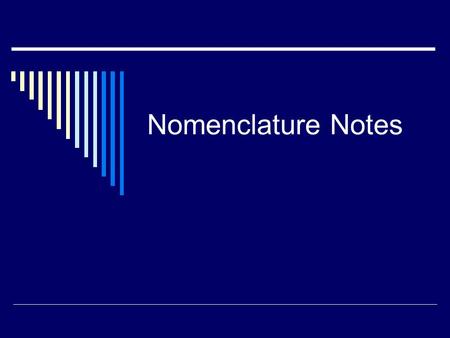 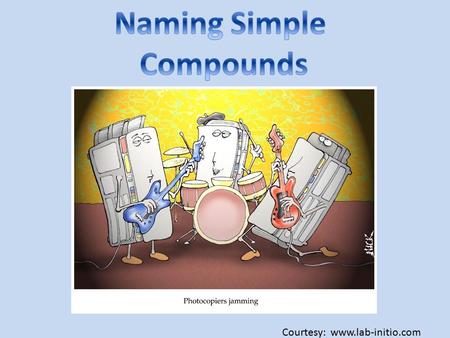 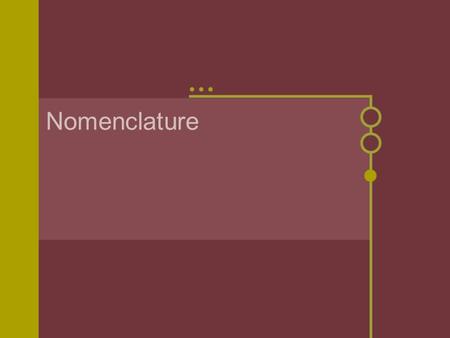 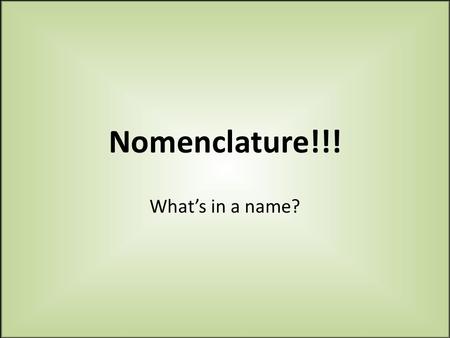 Nomenclature!!! What’s in a name?. REMEMBER!!! 1.When naming compounds ALWAYS, ALWAYS have a periodic table in front of you! 2.Ions – positively or negatively. 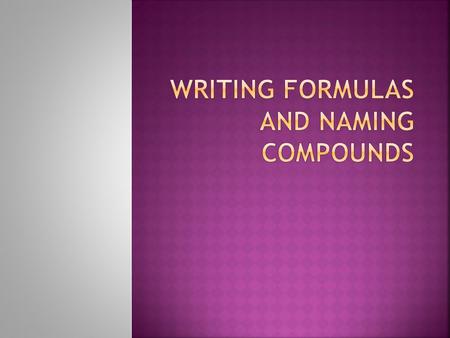 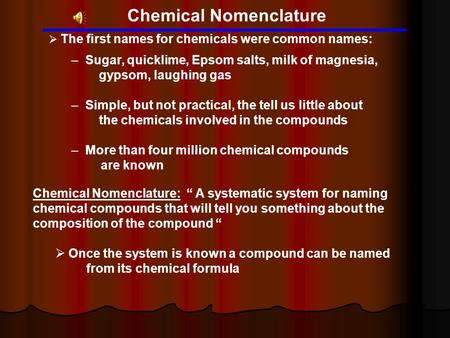 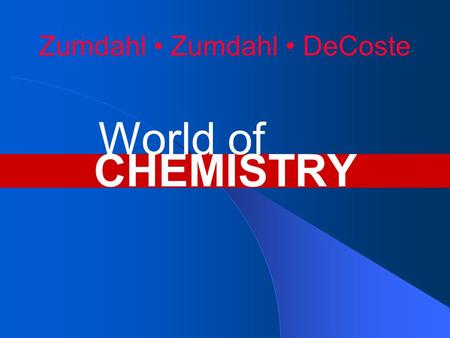 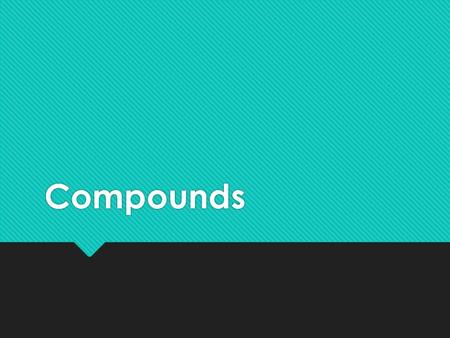 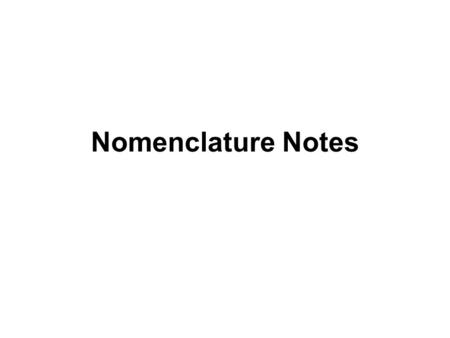 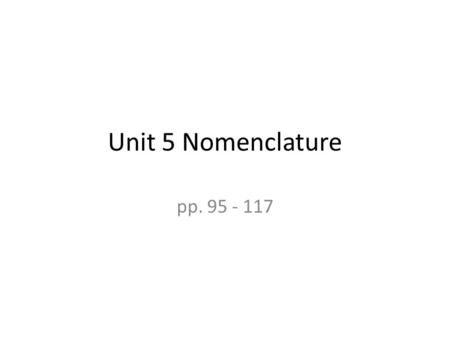 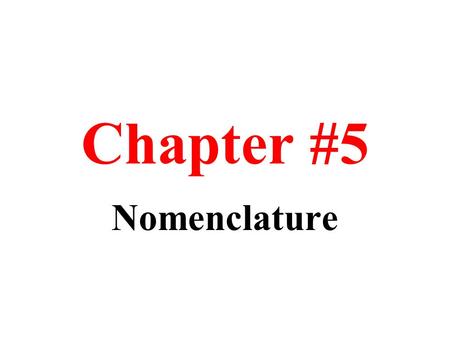 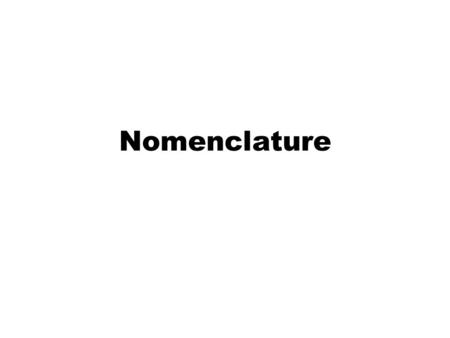 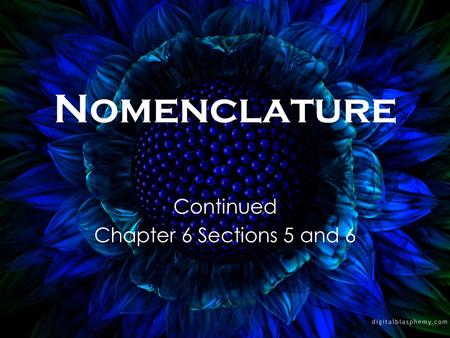 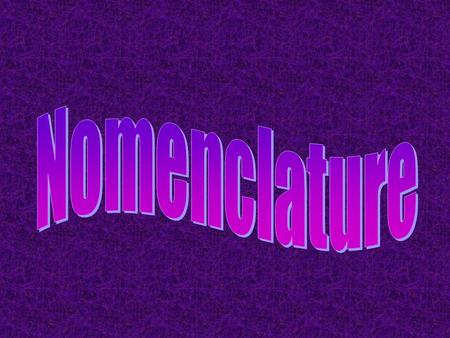 Binary Compounds Binary compounds contain only two elements. All binary compounds end in -ide. They are divided into two types, each of which has different. 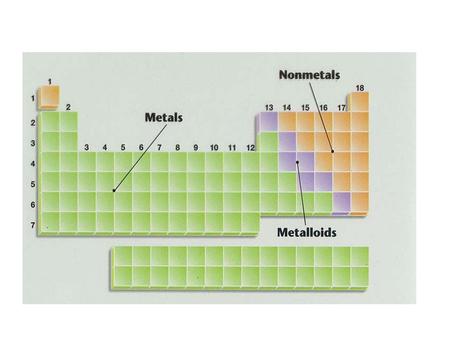