3 Munich Pact-1938 They give Hitler some lands in exchange for the promise that he would stop there and wouldn’t ask for anything else This was a FAILURE! Hitler and Mussolini continued to attack more lands 1939 Hitler invaded Poland and war began

4 7-4.5 Theaters of War During WWII there were 2 different theaters (areas) where the fighting action occurred The European Theater and the Pacific Theater US will fight in both once we join the war

5 In Europe: Germany did a blitzkrieg (lightening war) against Poland on the west. German Soviet Non Aggression Pact of 1939, meant Stalin agreed with Hitler and attacked Poland on the east Hitler took over Denmark, Norway and France by 1940 Battle of Britain : German air force wasn’t able to complete invade because of radar and message decoding Churchill refused to surrender and Hitler focused on other areas

6 Axis powers took Yugoslavia and Greece in 1941
Also a little bit of fighting in Africa: Hitler wanted to control the Suez Canal Then he betrays Stalin and attacks Soviet Union in 1941 He fails at Battle of Stalingrad, 500,000 German soldiers die

7 7-4.5 US Enters WWII Neutrality Acts ( ): We did isolationism and vowed to stay out of war By 1939 it looked like the Nazi’s were taking over Europe, FDR began to help the Allies Sold weapons and war materials to them

8 Japan invaded French Indochina in 1941, the US did not condone this
FDR put an oil embargo on Japan. We wouldn’t let them buy any of our oil. Japan got mad!!

9 Japan attacked Pearl Harbor on December 7, 1941 and Congress declared war!!
Why did they attack us? Mad that we weren’t really neutral Make us join the war once and for all Wanted to weaken our Navy before we joined the war

10 Fighting in the Pacific Theater
Japan moved quickly to take over islands in the Pacific (Guam, Hong Kong, Philippines) In 1942 the US began to defeat Japan through an ‘island-hopping’ strategy Went after the easy islands to take in order to get close to the mainland

11 7-4.5 Allied Victory By 1942 the Allied forces came ahead
General Dwight Eisenhower (US): defeated Axis groups in North Africa Soviets beat Germany at Stalingrad (1943) and continued to attack from the east British and American troops conquered Italy in 1944

14 With no hope of winning, Hitler kills himself April of 1945

17 After reaching the mainland of Japan, the US began an aerial bombing attack
Japan just would not give up!!! The US wanted to end this war quick Truman ordered the dropping of the atom bomb on Hiroshima (August 6, 1945)

18 US dropped another atomic bomb on Nagasaki 3 days later
Japan announced they would surrender VJ Day-Victory in Japan September 2nd, 1945 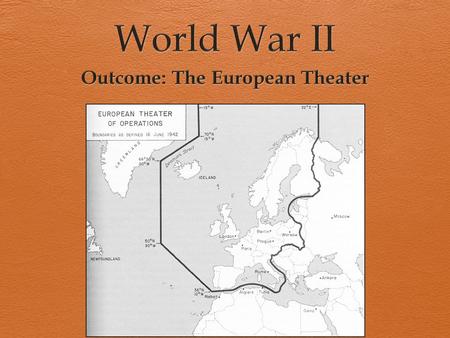 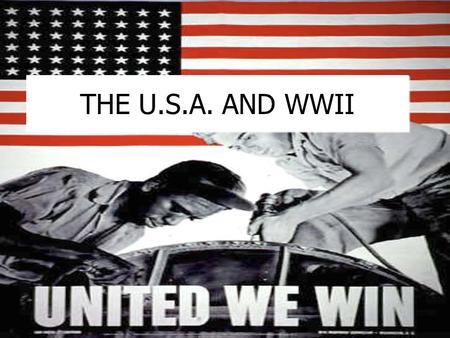 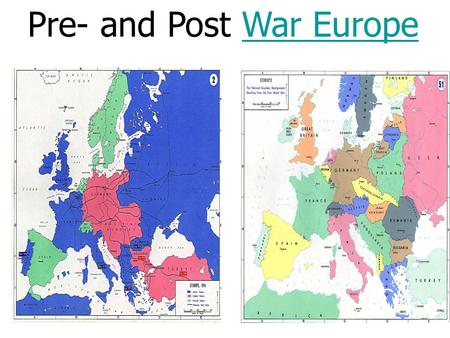 Pre- and Post War EuropeWar Europe What changes in the map of Europe were made after WWI? 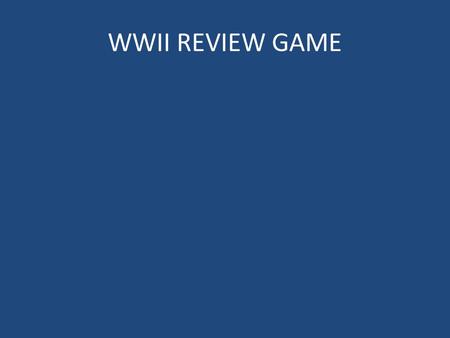 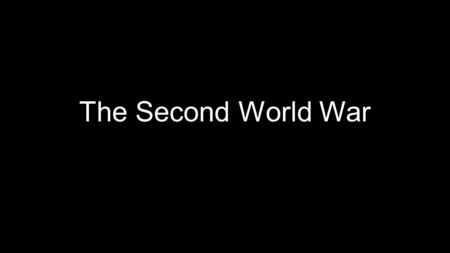 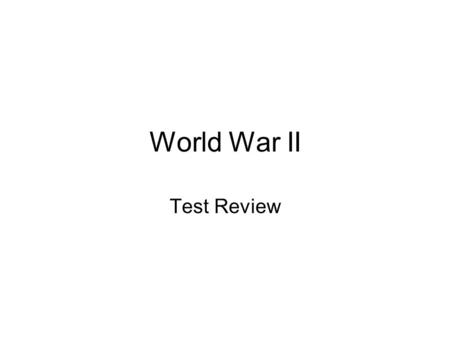 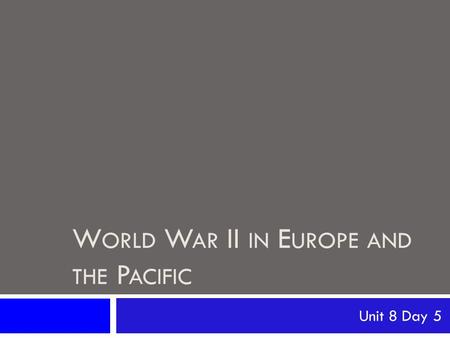 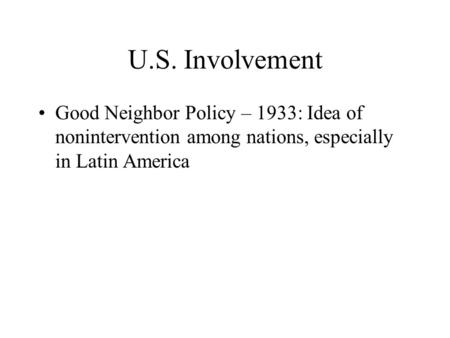