Presentation on theme: "Forming a New Nation Creating a new Government The beginnings of US government Magna Carta: this document limited the power of the monarchy. It established."— Presentation transcript:

3 The beginnings of US government Magna Carta: this document limited the power of the monarchy. It established the basis for parliamentary democracy in Great Britain. English Bill of Rights of 1689: It declared that the monarch could not make or suspend a law without Parliaments approval. It strengthened the power of Parliament and weakened the monarchy. Enlightenment: A time period when philosophers began to use reason to investigate and try to improve government and society.

4 Constitution: a set of laws that defines the basic structure and powers of government. What type of government did Americans prefer? Republican: a government n which the people hold the power and give elected representatives the authority to make and carry out laws.

5 Creating Americas first national government 1754 - Albany Plan of Union: Benjamin Franklin drafted this document to propose that the colonies unite together. However, at this time his plan had little support. Second Continental Congress: this would be Americas first governmental body. It operated a postal service, planned finances, and even printed paper money.

10 What do we do with the new land? Land Ordinance of 1785: This law called for the new land to be surveyed and divided into townships six miles on each side. It also required that a section of this land must be devoted to the creation of a public school system.

11 Northwest Ordinance: this was a plan to create a government in the region north if the Ohio river of Pennsylvania. The new territory would be known as the Northwest Territory

12 Northwest Ordinance The law required the land to be divided into smaller territories. After 5,000 free men of voting age had settled in the territory then they could elect a legislature and send a nonvoting delegate to congress. Once a territory reached a population of 60,000 then they could apply for statehood. It required states to establish a republican form of government. It also prohibited (outlawed) slavery in the territory.

13 Trade problems Each state acted like an independent country. Some states charged other states a tax to trade. There were 13 different sets of trade regulations. However, the states did not want to amend, or fix, the Constitution to allow the national government to regulate trade. International trade: the articles also denied the congress to regulate international trade. So placing import taxes was impossible.

14 Problems with cash Under the Articles states were supposed to cover the expenses of the national government. However, it did not work. States refused to contribute and since there was no executive branch collecting could not be enforced.

15 Shay’s Rebellion Taxes were raised to cover costs of running the state and national governments. Poor farmers who could not pay these taxes had their farms seized. Farmers began to protest. Daniel Shay emerged a leader of these protests. He forced the Supreme Court to shut down, hoping to postpone or end legal judgments against poor farmers.

16 1787: Shays and His followers attacked a arsenal, or arms storage center, to get weapons. The Governor sent 900 state militia to guard the building and defeated the rebel force. This was the first time that many in the US realized that the government was not working as well as it should. The constitution had to be fixed….

Download ppt "Forming a New Nation Creating a new Government The beginnings of US government Magna Carta: this document limited the power of the monarchy. It established." 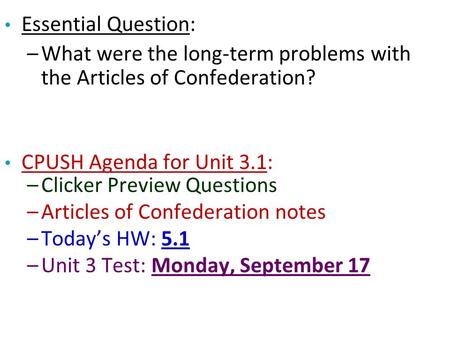 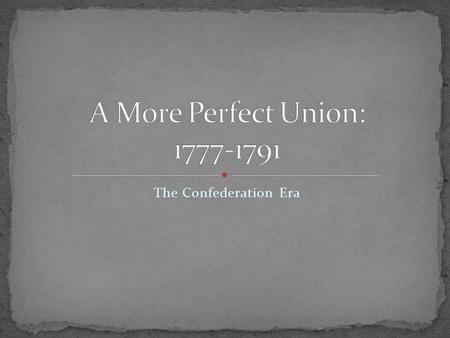 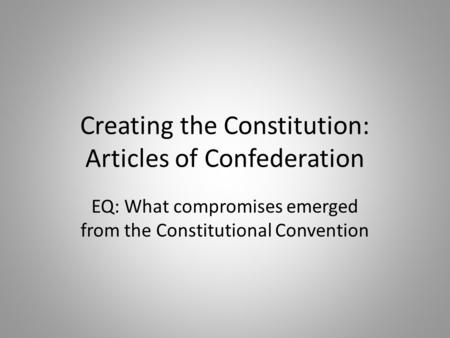 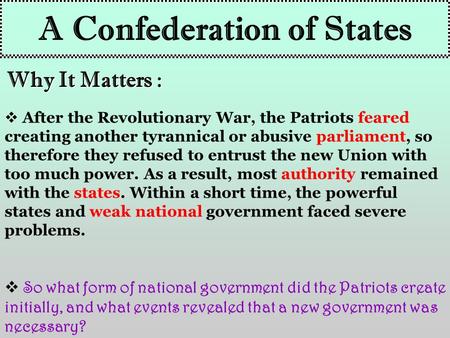 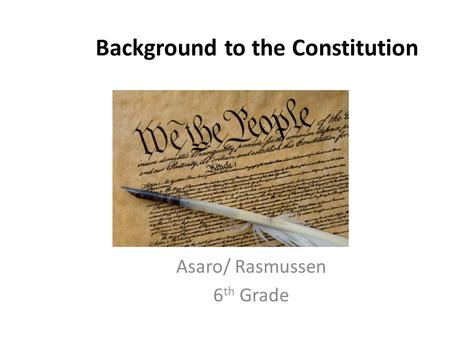 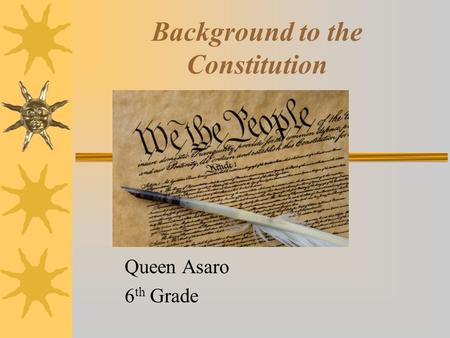 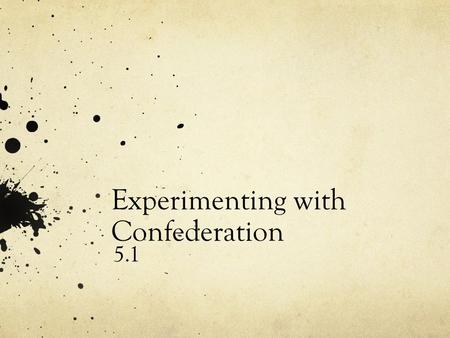