2 Goals Identify factors that influence temperature and precipitation.
Explain what causes the seasons.

3 What We Know What is the weather like today?
Is today’s weather typical of the weather we normally have this time of year? What do you think causes the seasons? (turn and talk)

5 Latitude Generally, locations near the equator have warmer climates than those locations nearer to the poles. Based on latitude, Earth can be divided into 3 temperature zones: Polar- near poles, cold Temperate- hot summers, cold winters Tropical- near equator, hot

7 Altitude Some mountains are near the equator, but the temperature is still cold! How? (Turn and talk) In the Troposphere, temperature decreases about 6.5 degrees Celsius for every kilometer.

9 Ocean Currents Ocean current- stream of water within the oceans that move in regular patterns. Some warm ocean currents move from the tropics toward the poles which warms the nearby land. In the same way, cold currents move toward the equator which brings cool air.

10 Factors Affecting Precipitation
The main factors that affect precipitation are prevailing winds, the presence of mountains, and seasonal winds.

12 Mountain Ranges A mountain range in the path of a prevailing wind can also influence where precipitation falls. When humid winds from the ocean blow toward a mountain, the are forced to rise. When they rise, the air cools and water vapor condenses to form clouds. Windward-the side of the mountain that the wind hits.

13 Seasonal Winds Seasonal change in wind patterns can effect precipitation. Monsoons-sea and land breezes over a large region that change direction with the season. 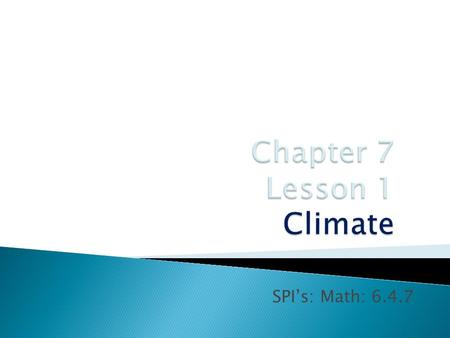 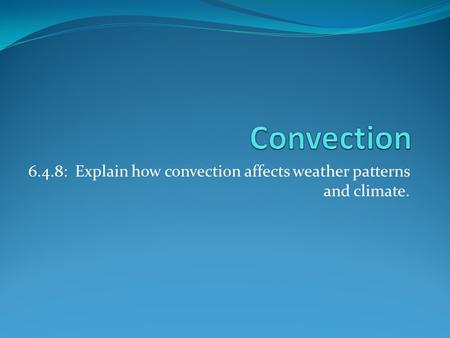