Presentation on theme: "The Scientific Method Objectives: List the steps of the scientific method Explain the relationship between hypothesizing, predicting, and experimenting."— Presentation transcript:

1 The Scientific Method Objectives: List the steps of the scientific method Explain the relationship between hypothesizing, predicting, and experimenting.

3 Observevation vs Inference 1. Observation a. Use one or more of your five senses. b. Observations can include quantitative data. 2.Inference: A conclusion made on the basis of facts or premises rather than direct observations: a. To determine something without using your senses. You are determining data based on what you know. EX: You smell smoke so you determined that someone is burning something. (you do not actually see anything burning) You see animal tracks that are different so you determined that two different animals made them. (you did not actually see 2 different animals)

4 Question 1.After making a observations, scientists form a question. EX: What is the disease-causing agent? EX: How is the disease transmitted?

5 Research 1.Scientist research information regarding the topic. - use science magazines, internet, study results and experiments done on this topic before, periodicals, books.

6 Hypothesis 1.This is a statement that explains their observations and research and can be tested. 2.It is testable if evidence can be collected that either supports or disproves it. 3.Can be shown to be wrong but can never be proven to be true; it can only have evidence that supports it. 4.Prediction: this usually follows the hypothesis and makes it testable: EX: If the virus were the true disease-causing agent, then introducing the virus into healthy tissue would cause cell death like that found in the victims of the disease.

8 Example In the case of the virus, here is how the experiment was set up. Using monkeys, cells were taken from their kidneys and placed into test tubes. The cells were divided into 2 groups (control and experimental). Drops of blood taken from a person who has the virus were added to the test tube of the experimental group. NO blood was added to the control group. What is the independent variable and what is the dependant variable? Independent: Virus added Dependant: response of the cells.

9 Collecting Data and Analysis 1.Collect and Organize: collect any qualitative or quantitative data. Organize the data into tables and graphs. 2.Analyze data: determine if the data is reliable. - statistics, comparison to other studies, determine possible errors.

10 Conclusion Model: Make a representation of an object, process, or system that shows relationships among data. 1. This is essentially an explanation supported by data. EX: showing the case history of the virus Theory 1. A broad and comprehensive statement of what is thought to be true. It is supported by considerable evidence and may tie together many different hypotheses. In some way, you are stating if the data supports or refutes you hypothesis. You must support this with data and facts.

Download ppt "The Scientific Method Objectives: List the steps of the scientific method Explain the relationship between hypothesizing, predicting, and experimenting." 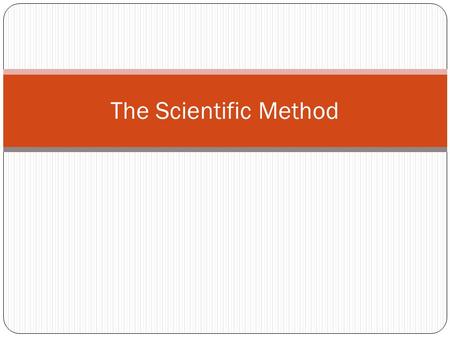 The Scientific Method. Science relies on facts, not opinions. is not static or fixed. Science is a process that changes as observations & measurements. 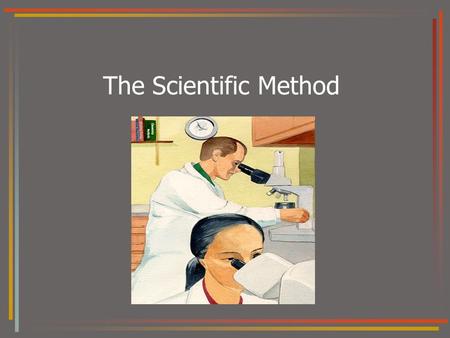 The Scientific Method I. The scientific method is an orderly way to solve problems Five steps: –1. Observations/Asking a question –2. hypothesis –3. 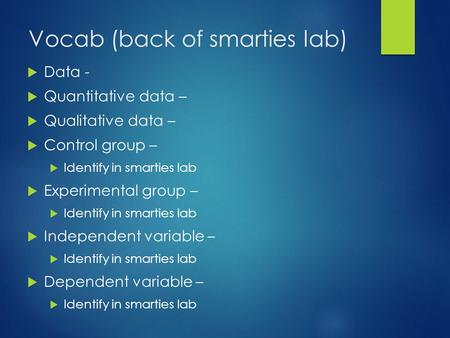 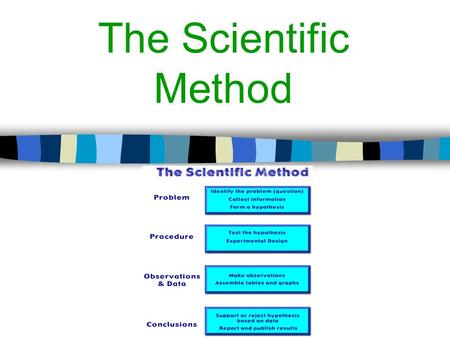 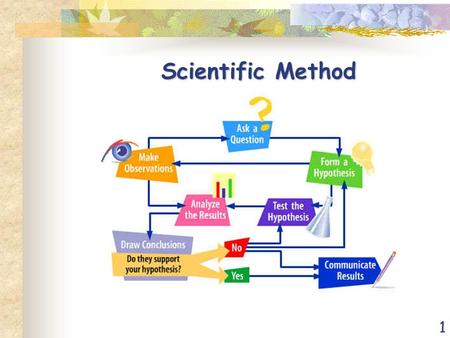