2 Problems with Cuba Cuba is a COLONY of Spain. Eventually (as people in colonies often do) Cuba got tired of Spanish control and revolt. Rebels, led by JOSE MARTI, set up their own gov’t and declare independence in 1895. Spain and Cuba go to war because of this.

4 The U.S. gets all up in other people’s business… The U.S. and Cuba had ECONOMIC ($$) ties, since U.S. imported a bunch of sugar. Many Americans also felt sorry for Cuba (since the U.S. was a colony not that long ago as well). People in the U.S. want the gov’t to support Cuba.

5 YELLOW JOURNALISM Newspapers begin printing exaggerated stories about what was going on in Cuba. WILLIAM RANDOLPH HEARST and JOSEPH PULITZER print these stories to stir up sentiment to help the Cubans (and sell newspapers). This type of journalism becomes known as YELLOW JOURNALISM.

7 U.S. Naval Blockade around Cuba Cuba and Spain can’t agree, so McKinley sends the U.S.S. Maine to Havana’s Harbor in case U.S. citizens needed to get out quick. February 15, 1898 – The Maine explodes. We don’t know why – probably an accident, but people blame Spain. Many folks, who wanted a war anyway, call for WAR on SPAIN. Supporters cry “Remember the Maine…” McKinley gives in, and America is at war by April 1898.

8 Guam and the Philippines The revamped U.S. navy is ready to go and attack the PHILIPPINES (a Spanish colony) in the Pacific. They defeat the Spanish navy easily, and U.S. army comes through and takes control of it and GUAM (another island).

10 Back in Cuba… As it turns out, yellow fever hit the U.S. much harder than Spain did. Volunteer soldiers, with 2 nd in Command Teddy Roosevelt, help take SAN JUAN HILL – this sends the Spanish Navy into the harbor where the U.S. defeats them.

13 Roosevelt and the Rough Riders on San Juan Hill”

14 So we won… Now what? On April 12, 1898, the war ends. America now has to decide what to do with Cuba, Guam, the Philippines, and Puerto Rico. Some want the U.S. to ANNEX, others thought becoming an IMPERIALIST POWER was a bad idea.

15 Guam and Puerto Rico – The U.S. annexes. In 1900, Puerto Rico becomes a U.S. territory (set up by the Foraker Act). U.S. annexes the Philippines, but many Filipinos don’t like it. Cuba – grants independence, but only after signing the PLATT AMENDMENT. THE U.S. IS NOW AN IMPERIAL POWER…

16 PLATT AMENDMENT To get independence, Cuba had to: 1) Not make a treaty with another country to weaken its independence 2) U.S. can lease naval stations in Cuba 3) Cuba’s debts had to be low 4) U.S. could intervene if necessary to keep order.

17 Philippine Insurrection A consequence of American Imperialism Filipinos fought for their Independence from the United States. The subsequent war would cost the lives of over 4,000 American troops, 20,000 Filipino soldiers, and 500,000 Filipino civilians.

20 Panama Canal The United States needed a way to get from the Atlantic to the Pacific without going all the way around South America. They struck a deal with Panama, to protect them and support their cause for Independence from Colombia. In return the United States got exclusive rights to build and operate a shipping canal through Panama. 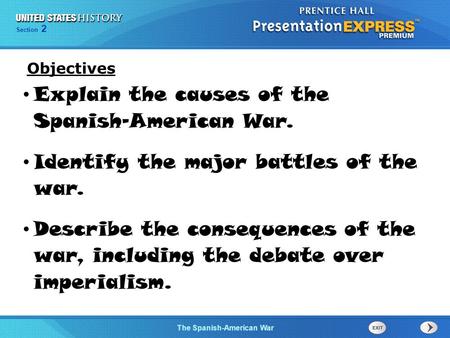 Explain the causes of the Spanish-American War. 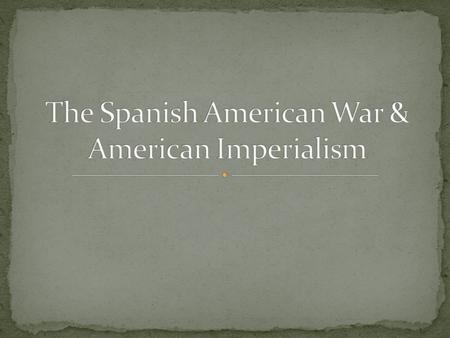 1898: Cuban & Puerto Rico are Spain’s last American possessions, Americans don’t like the Spanish so close Cuba has made Spain rich, supplied 1/3 of. 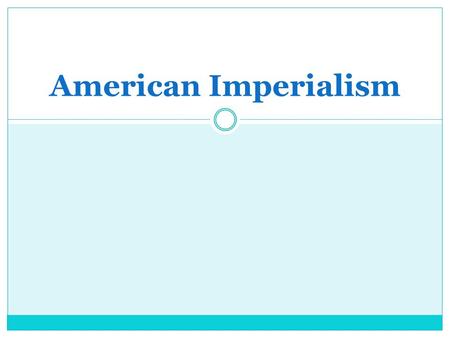 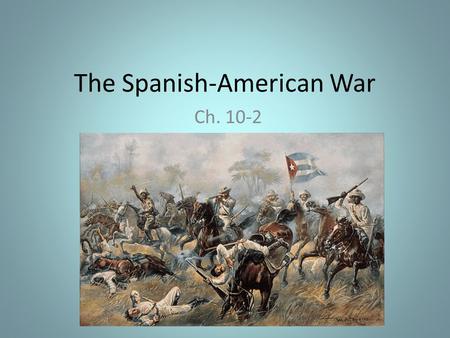 The Spanish-American War Ch Where is Cuba? How far is Cuba from the United States? 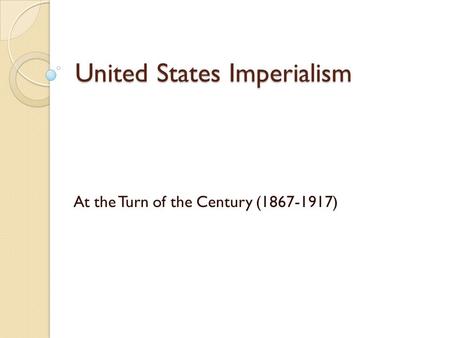 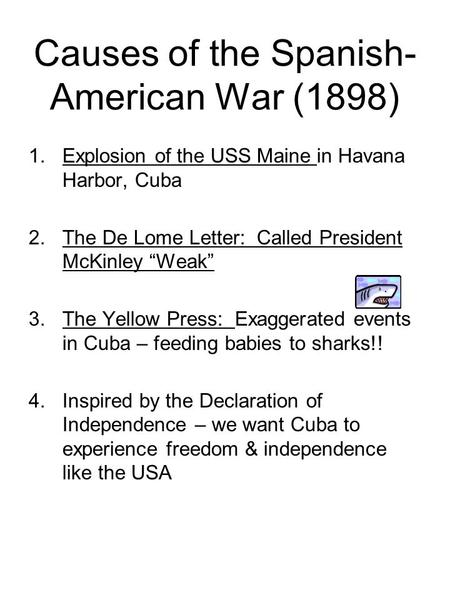 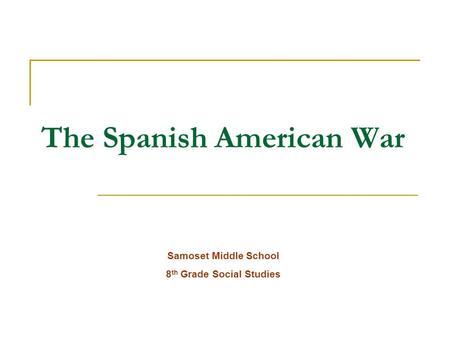 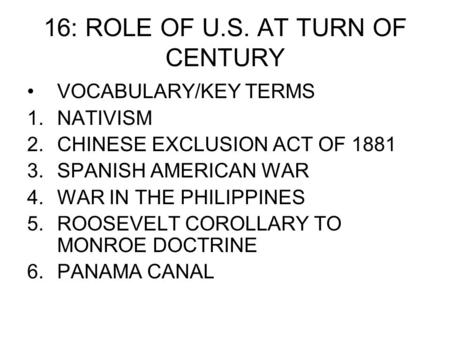 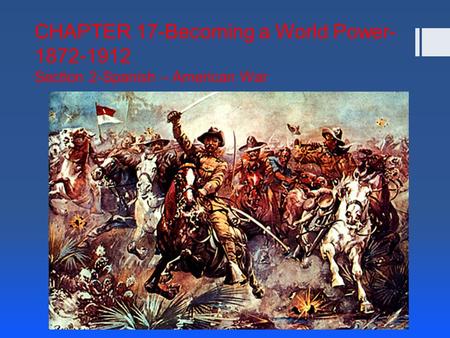 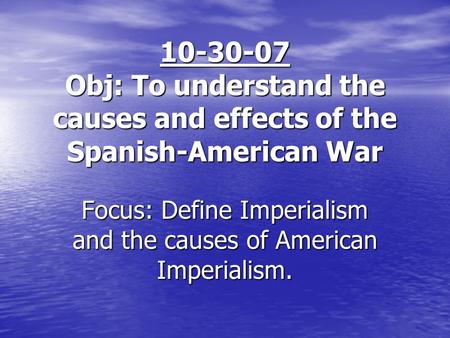 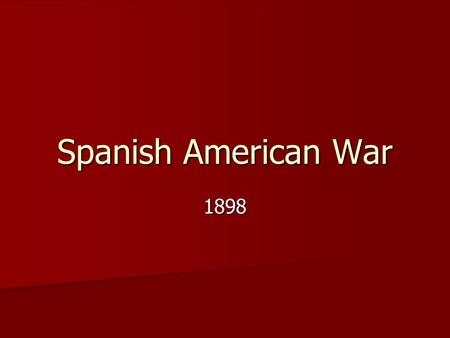 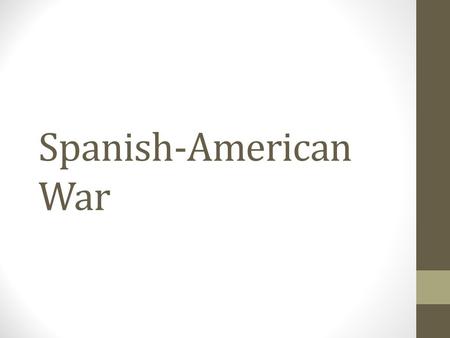 Spanish-American War. Yellow Journalism Deceitful news articles/newspapers that exploit and sensationalize the “truth” in an effort to sell newspapers. 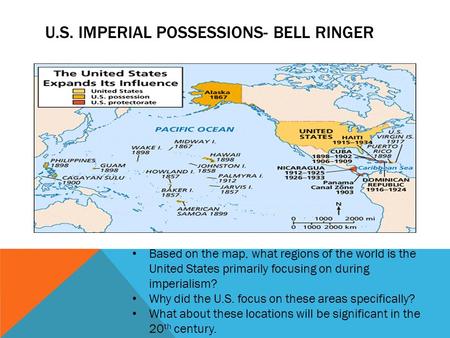 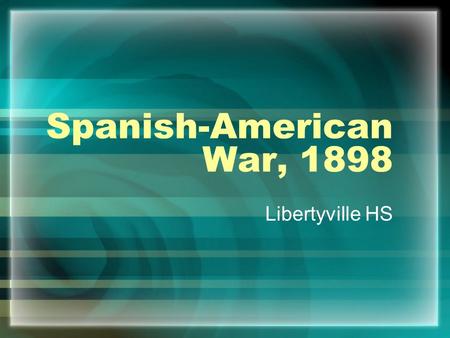 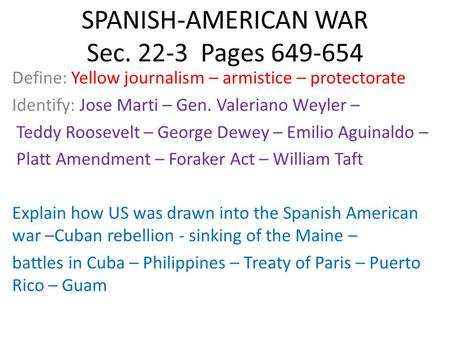 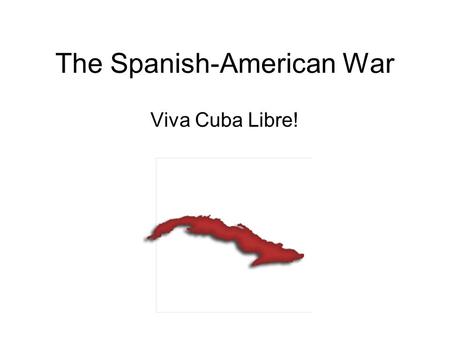 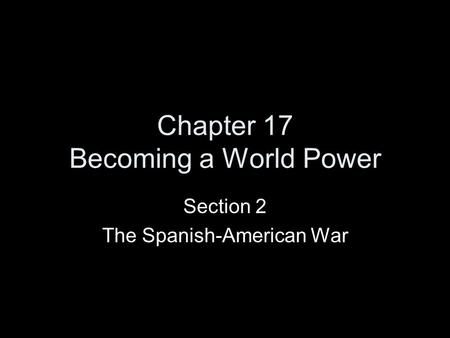