4 Scatterplot The most useful graph for displaying the relationship between two quantitative variables is a scatterplot. SCATTERPLOT A scatterplot shows the relationship between two quantitative variables measured on the same individuals. The values of one variable appear on the horizontal axis, and the values of the other variable appear on the vertical axis. Each individual in the data appears as the point in the plot fixed by the values of both variables for that individual. Always plot the explanatory variable, if there is one, on the horizontal axis (the x-axis) of a scatterplot. As a reminder, we usually call the explanatory variable x and the response variable y. If there is no explanatory-response distinction, either variable can go on the horizontal axis. 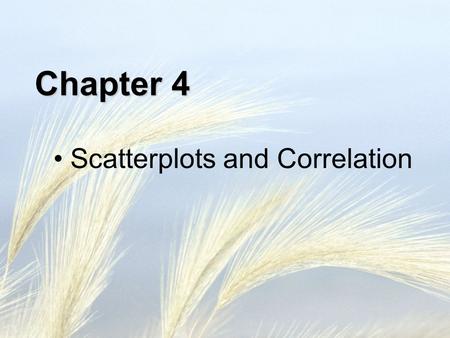