1 Section 1 Suffrage Many progressives joined the movement to win voting rights for women.

4 Section 1 This split weakened the movement, and by 1900 only four states had granted women full voting rights. In 1890, the two groups united to form the National American Women Suffrage Association (NAWSA). Alice Paul left NAWSA and formed the National Woman’s Party so that she could use protests to confront Wilson on suffrage. Suffrage (cont.)

7 Why It Matters Trans 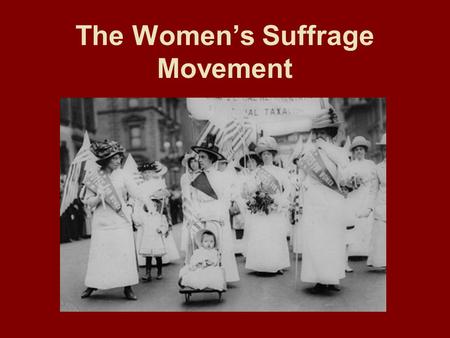 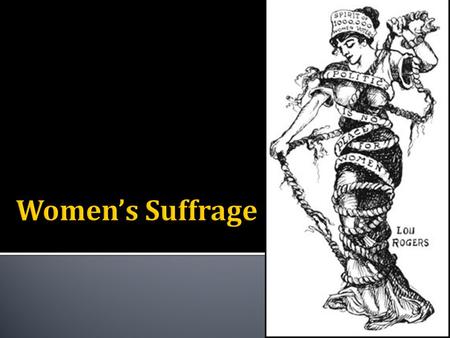 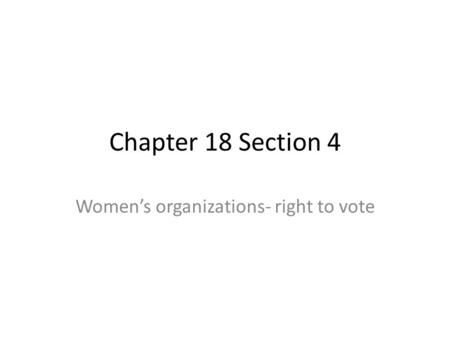 Women’s Suffrage: Early history 1872: Susan B. Anthony and other members of National Women’s Suffrage Association participate in civil disobedience in.