3 The First Continental Congress The First Continental Congress meets in September 1774 in Philadelphia. The delegates debated on how to deal with Britain. Some want to end the conflict through violence and others want peace. The delegates compromised. Continue the boycott and warn militias to be ready. The Declaration of Resolves spells out the colonists rights. “life, liberty, and property”

5 The “Shot Heard Round the World” On April 18, 1775, Paul Revere, Samuel Prescott and William Dawes rode through the countryside warning that “the British are coming” April 19, 70 minutemen gathered to stop the British. Someone fires a “shot heard round the world”. The colonists suffered 8 dead and 10 wounded. Lexington

6 Battle of Lexington Who were the men that warned the British were coming on the night of April 18, 1775? A.Sam Prescott B.Paul Revere C.William Dawes D.All of the above

7 The Battle of Lexington

8 The “Shot Heard Round the World” The British marched to Concord and found no weapons. They burnt many buildings and returned to Boston. Using guerrilla warfare, the colonists attacked the British troops causing 250 causalities. The British made great targets with the straps on their uniforms. The Colonists called them Redcoats. Concord

9 The Second Continental Congress The colonists decided not to break away from Britain. However, they form the Continental Army and put Gen. George Washington in command. Signed the Olive Branch Petition ( a sign of peace) on July 5, 1775. King George III rejected it.

10 Early Battles Fort Ticonderoga – Colonists, led by Benedict Arnold and Ethan Allen, attacked this fort in New York. They secured a large number of supplies. Bunker Hill and Breed’s Hill – Colonial forces surrounded Boston and placed cannons on top of the two hills. This gave them an advantage over the British.

13 The Battle of Bunker Hill 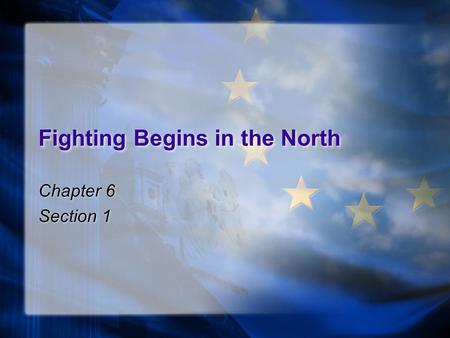 Fighting Begins in the North 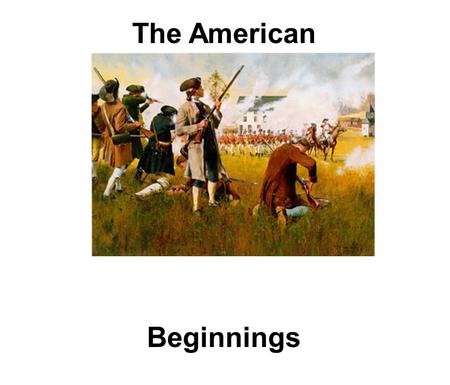 The American Revolution Beginnings. Lexington and Concord: April, 1775 On a small bridge outside the town of Concord, Massachusetts, 300 minutemen stood. 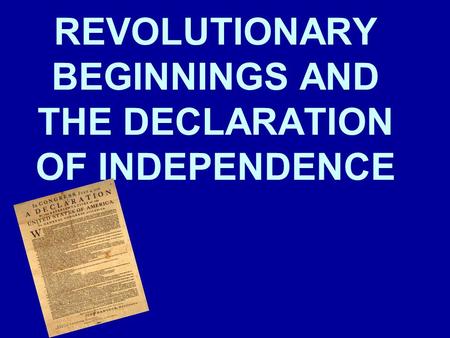 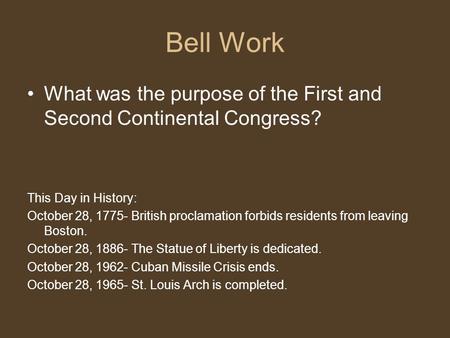 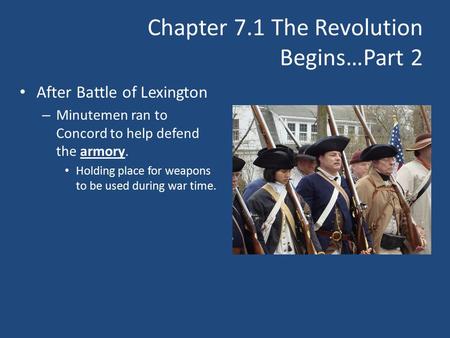 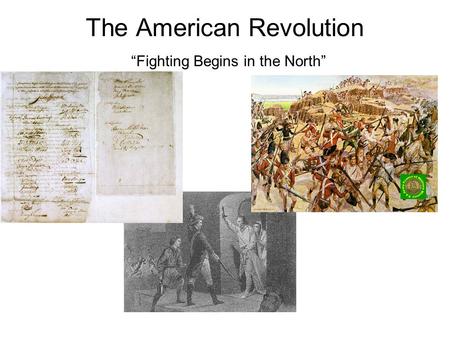 The American Revolution “Fighting Begins in the North” 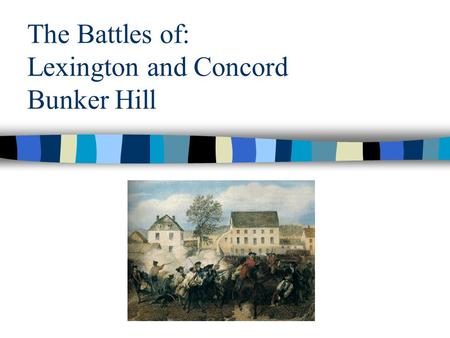 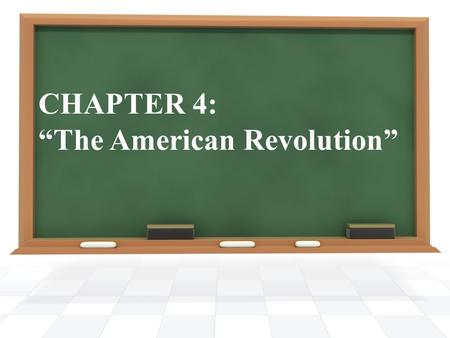