Presentation on theme: "Planets move through the sky with More complicated paths than Stars do. We begin with Kepler’s Laws in Order to find out how."— Presentation transcript:

3 Planets move through the sky with More complicated paths than Stars do. We begin with Kepler’s Laws in Order to find out how.

4 Kepler’s Laws of planetary motion Are stated as… 1)The paths of planets are ellipses, With the sun at one focus. 2) An imaginary line from the sun To a planet sweeps out equal Areas in equal time intervals. Thus planets move faster when They are closer to the sun, and Vise-versa.

5 3) The square of the ratio of the Periods of any two planets Revolving about the sun is Equal to the cube of the ratio Of their average distances From the sun. TATBTATB = rArBrArB 23

7 The first 2 laws apply to each Individual planet, moon, or Satellite. The 3 rd law relates to the motion Of several satellites about a Single body.

10 Newton also played around With a few formulas for gravitation. Newton said that there was an Attractive force between All objects, this is called the Gravitational force.

11 Newton was so confidant that He came up with a law to find The quantity of gravity. The Law of Universal Gravitation F = G mAmBd2mAmBd2

15 An object that is falling at the Same rate at which the earth is Curved is said to be in orbit.

16 For an object to be in orbit, air resistance Must be taken away, which Means that it must be at least 150 km above the earth. Use Newton’s thought experiment On page 179 to see how.

17 We can continuously derive New formulas to find out things. v = Gm E r T = 2π r 3 Gm E These formulas only Work for the earth.

19 As you move farther from Earth’s Center, the acceleration due To gravity changes. a = g rEdrEd 2

21 Inertial mass is a measure of an Object’s resistance to an type Of force. m inertial = F net a

23 Einstein proposed that gravity Is not a force, but an effect Of space itself. According to Einstein, mass Changes space itself, Making it curved.

24 Bodies are thus accelerated Because they follow this Curved space toward the center. This is Einstein’s Special Theory of Relativity.

Download ppt "Planets move through the sky with More complicated paths than Stars do. We begin with Kepler’s Laws in Order to find out how." 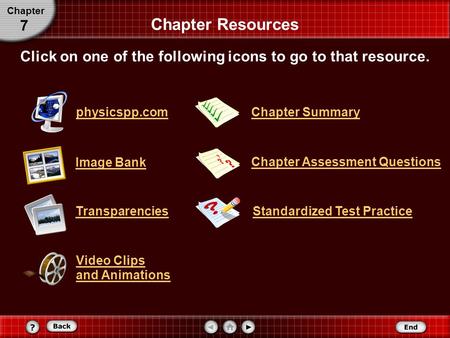 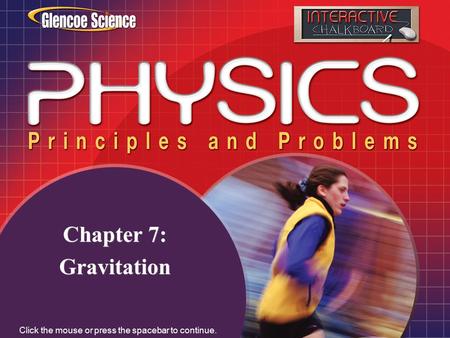 Click the mouse or press the spacebar to continue. 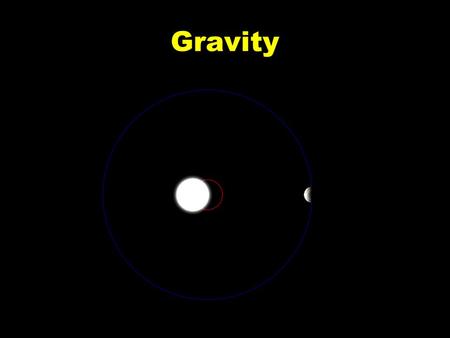 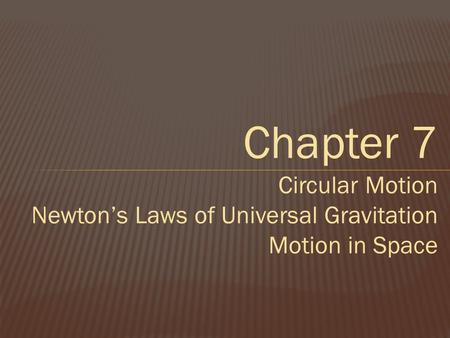 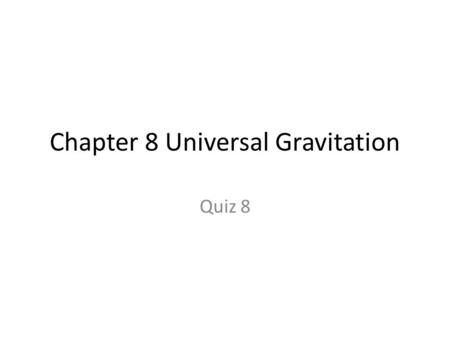 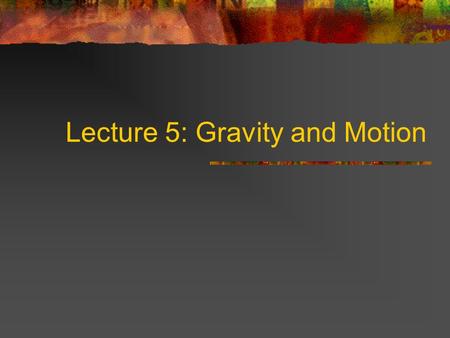