4 2. Aryans (2500BC – 322BC) Group of nomadic tribes who had originally inhabited Central Asia Tall, fair haired, with clear cut features, they settled in Punjab, in the Indus Valley River region. Fought with the original people of Indus Valley Civilization, who were dark skin and known as Dasyus or Dravidians The superiority of the Aryans resulted in the Dravidian submission and retirement to the south.

7 Vedic Philosophy The Vedas are the oldest written text on our planet today. They date back to the beginning of Indian civilization and are the earliest literary records of the human mind. They have been passed through oral tradition for over 10,000 years, and first appeared in written form between 2500 - 5,000 years ago. Veda means “Knowledge” in Sanskrit. Please click to advance >

13 Quest for Answers Siddhartha was born a prince, but he questioned the meaning of life. Determined to find answers using: Meditation Fasting Learning from different teachers Enlightenment Found it under the Tree of Wisdom while meditating Called the Buddha (Enlightened One) Spent the rest of his life traveling and teaching his ideas Siddhartha Gautama (Buddha)

14 E. Napp Around 320 A.D., another great Indian empire emerged. It was known as the Gupta empire.

22 The Beauty of Kashmir 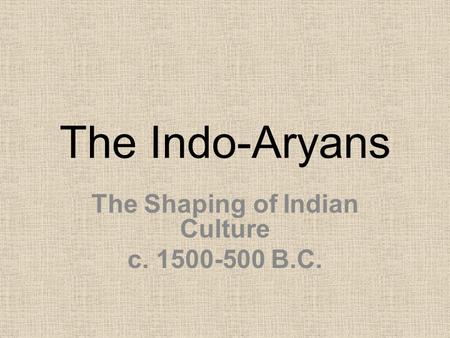 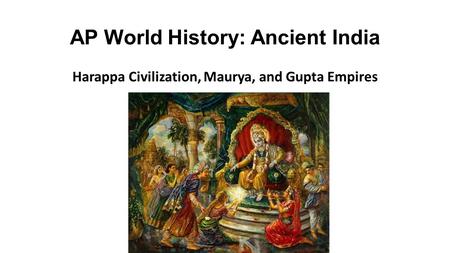 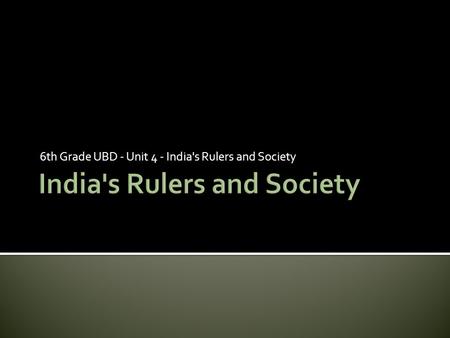 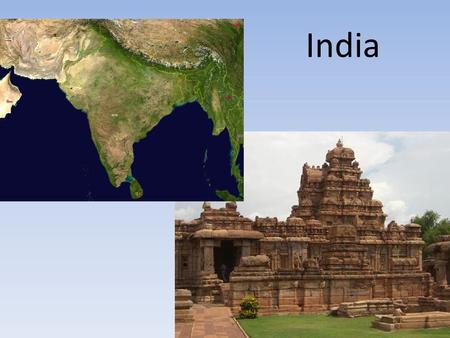 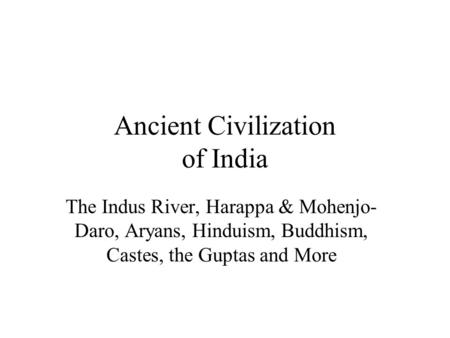 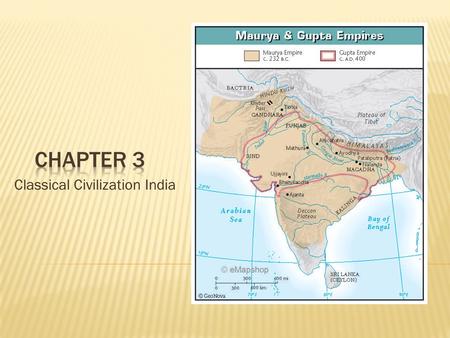 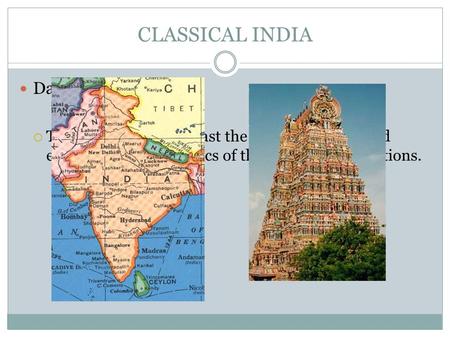 CLASSICAL INDIA Daily Objective:  To compare and contrast the social, political, and economic characteristics of the Classical Civilizations. 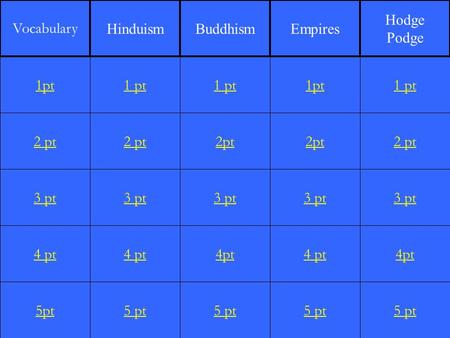 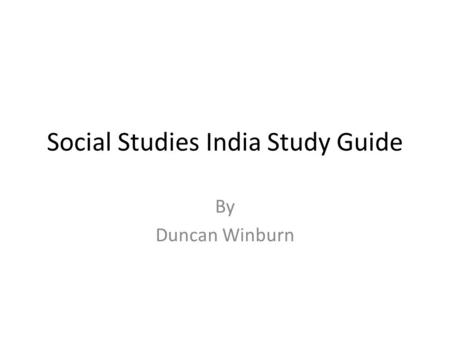