Presentation on theme: "Road to Independence:. The Continental Congress  Colonial leaders realized they needed more than boycotts to gain the liberty they desired.  In September."— Presentation transcript:

2 The Continental Congress  Colonial leaders realized they needed more than boycotts to gain the liberty they desired.  In September 1774, 55 men arrived in the city of Philadelphia.  The delegates represented every colony except Georgia.  These men had come to establish a political body to represent American interests and challenge British control.  They called the new organization the Continental Congress.  First they drafted a statement of grievances calling for the repeal of 13 acts of Parliament passed since 1763.  The delegates also voted to boycott all British goods and trade.

3 Forming Militias  The Continental Congress also encouraged towns within the colonies to form militias, groups of citizen soldiers, to protect themselves from the British should the need arise.  Colonists expected that if fighting against the British broke out, it would begin in New England.  Militia companies in Massachusetts held frequent training sessions, made bullets, and stockpiled rifles and muskets.  Some Massachusetts companies, known as minutemen, boasted they would be ready to fight on a minute’s notice.

4 Britain Sends Troops  The British also prepared for conflict.  King George announced to Parliament that the New England colonies were “in a state of rebellion,” and sent several thousand soldiers to Boston.  British general Sir Thomas Gage had instructions to take away the weapons of the Massachusetts militia and arrest the leaders.  Gage learned that the militia was storing arms and ammunition at Concord, a town about 20 miles northwest of Boston.

5 Alerting the Colonists  Paul Revere and William Dawes were members of the Sons of Liberty, the Patriot group formed by Samuel Adams who was responsible for the Boston Tea Party.  When they were alerted that 700 British troops were leaving Boston for Concord, they rode to Lexington, a town east of Concord, to warn Samuel Adams and John Hancock that the British were coming.  Revere galloped off across the countryside, shouting, “The regulars are out!”

6 Fighting at Lexington and Concord  At dawn, the redcoats approached Lexington and discovered about 70 minutemen waiting for them.  A shot was fired, although no one knows from which side, and then both sides let loose with an exchange of bullets.  When the fighting was over, 8 minutemen lay dead.  The British troops then continued marching to Concord, but when they arrived they discovered most of the supplies and gunpowder had been removed.  As they fled back to Boston, militiamen hid in the forests and fired at them the whole way.  By the time the redcoats reached Boston, at least 174 were wounded and 73 were dead.

7 The Battle of Bunker Hill  The colonists who chased the redcoats back to Boston camped out around the city, and within several weeks grew to 20,000 men.  They set up fortifications at Bunker Hill and nearby Breed’s Hill, across the harbor from Boston.  On June 17, 1775, the British led a charge up Breed’s Hill to drive out Colonel Prescott’s troops.  With his forces low on ammunition, Prescott shouted, “Don’t fire until you see the whites of their eyes!  ” The Americans opened fire, forcing the British to retreat.  The redcoats charged 2 more times, and in the end the Americans ran out of gunpowder and had to withdraw.  The British won the Battle of Bunker Hill but suffered heavy losses – more than 1,000 dead and wounded.  The British learned that defeating the Americans on the battlefield would not be quick or easy.

Download ppt "Road to Independence:. The Continental Congress  Colonial leaders realized they needed more than boycotts to gain the liberty they desired.  In September." 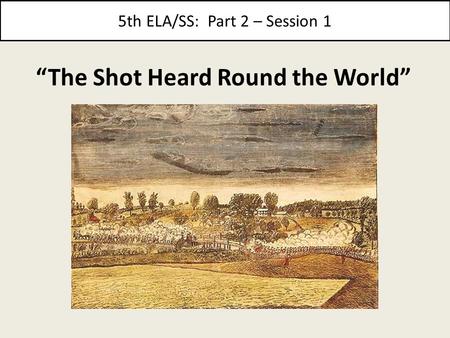 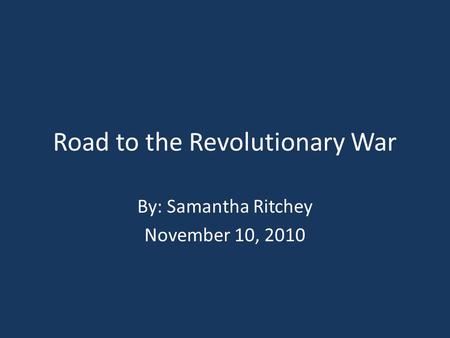