Presentation on theme: "Gender Through the Prism of Difference Chapter One"— Presentation transcript:

1 Gender Through the Prism of Difference Chapter One

3 Difference between Men and Women
Differences between men and women have been the primary concern of feminism. Difference feminism claims that women distinctive characteristics requires a special approach in order to overcome discrimination. Difference feminisms seeks equality through gender dichotomy by acknowledging biological, emotional, and social differences. Difference feminists are good at women should not rely on men’s strategies to achieve equality. Men and women are constructed in opposing categories of gender manifested in intersecting power systems. Systems of opportunities and oppression often result in different experiences. Hence, gender is contingent on other dimensions of differences.

4 Ann Fausto-Sterling takes into consideration:
Relationship between sex and gender Deconstruct dichotomous sexual identities of masculinity and femininity She argues that in looking into race and class we find no unitary analysis as a category, hence, multi racial feminism claims that difference among women are historically and socially constructed with interconnected inequalities Patriarchal systems are not monolithic neither, women’s responses to them Men and women actively strategize, negotiate, and bargain their different socio, cultural, and economic contexts

5 Gender and Globalization
Global forces are creating new gender hierarchies World gender order reveals how masculinity are being reconfigured by transnational power relations Globalizations places new demands upon women around the world such as: a) Global labor-market and how much this associated with women’s traditional roles transferring these roles of homemaking, childcare, and sex from poor countries to the rich ones. b) We see evidence of much of care work done in USA by women of color and immigrant women.

6 Difference and Multiracial Feminism
Women of color claim that white middle class women have constructed a hegemonic feminism around themselves. Hence, out of the women’s liberation and antiracist movement, women of color insisted on the need to challenge domination systems. They assert that women's lives are effected by women’s places within multiple hierarchies. Consequently scholars analysis became infused with difference and diversity that led to multi-racial feminism perspective. They attempt to examine structures of dominations; especially race in order to understand social construction of gender. Women of color consider race as a primary force situating gender differently. Institutionalized racism expresses the centrality of race and the struggle against oppression. Therefore, multiracial feminism perspective became crucially important for feminist thoughts.

7 Tensions in Contemporary Difference Feminism
Many thinkers responded to different feminism in search of women’s universal or essential characteristics. Hence, examining gender in the context of other social divisions became more important. Therefore, a new definition of gender relation claims that there are no gender relations per se, but only gender relations as constructed by and between races, classes, and cultures. Should differences replace equality? Feminist Jane R. Martin indicates that focusing on difference feminism is dangerously leading into predetermined categories. However, race and class differences are crucial since they are primary social factors that locate groups within society’s resources. That is why Martin rejects pluralism based on live and let live approach. Consequently it is crucial to study power relations that are associated with these differences. This approach must not ignore the inequalities that consider some characteristics as normal while others as different and deviant. Rethinking category of women, we must see difference through the diversity of women that is created by race, class, ethnicity, sex orientation, and religion.

8 Multiracial Feminism Multiracial feminism is the evolving theory and practice informed by multi-perspectives situating men and women in multiple systems of dominations. These approaches offered by African American women, Native women, Latinas, and Asian women each according to their unique experiences. Race to these women is as a basic social division and structure of power. Hence, race to them is considered a fundamental force shaping their lives. Race, therefore, is a power system interacts with other structural inequalities to shape gender. Race in the US is an organizing principle of social relationships. Race defines opportunities, advantages and privileges. Race shapes and shaped by social relations. Hence, capitalist patriarchy through race utilizes socio economic tools to focus on unpaid reproductive labor to supply the system with cheap labor.

9 Multiracial feminism movement defines the society based on systematic discrimination of socially constructed groups defined by their racial and cultural backgrounds; hence, making them distinctive in order to subordinate them. Multiracial feminism features: 1) Gender is constructed by a matrix of multi-systems of dominations and inequalities working together, within which, each experience privilege or subordination, opportunity or oppression according to how they are gendered, raced, classed, and sexualized within their location in the multiple systems. 2) Women of color strife assert themselves as subjects to challenge dominant conception of truth. (What is the dominant conception of truth?) 3) Race matters even while women need to subscribe to the concept of multiracial analysis through race, class, and religion. (White Jewish women) 4)Woman hood is a product of race, class, and power relation shaping women’s lives in different ways.

Download ppt "Gender Through the Prism of Difference Chapter One" 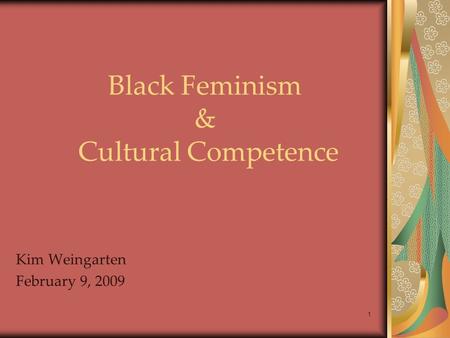 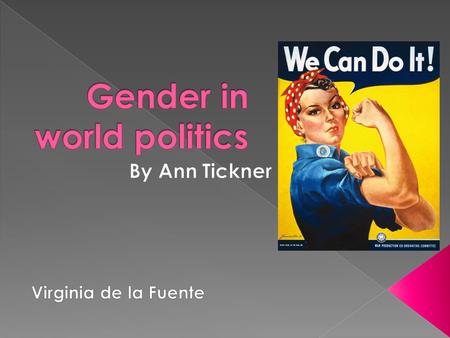 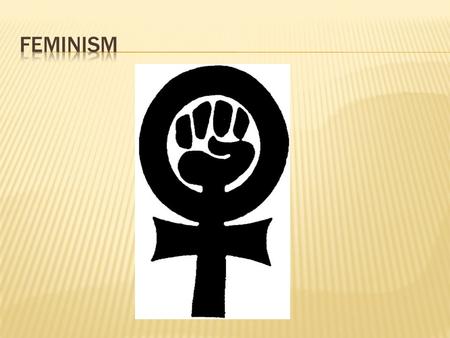 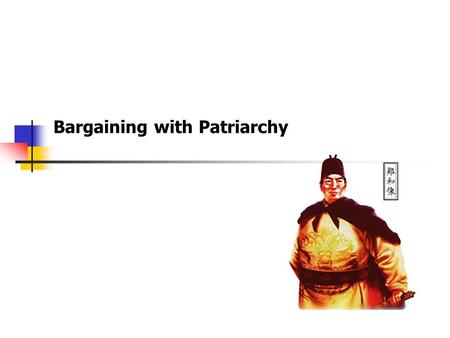