2 Korematsu Was Korematsu denied 5 th amendment due process rights when President Roosevelt issued an Executive Order directing all Japanese- Americans to report to a detention camp Even though they did not have a trial and were not accused of a crime? No, Because this was wartime, the President and Congress can suspend writ of habeas corpus (the right to appear before a judge)

5 Gitlow vs. New York Gitlow tried to Overthrow 1 st and 14 th 1 st because of speech 14 th because it is a state government accused of restricting rights Speech which presents a “clear and present danger” to others is not protected by 1 st amend.

6 Marbury v. Madison The most Significant Why!

10 Gregg v. Georgia 8 th amendment, no cruel or unusual punishement. Is the death penalty unconstitutional? No, if it is in proportion to the crime

14 State Constitution is Supreme in the State

18 McCulloch v. Maryland US gov can establish a national bank,because it is Necessary and Proper……….(Elastic Clause, Implied Powers Clause) Maryland could not Tax the bank because, the US government is SUPREME. National Supremacy Clause

20 TLO Schools only need reasonable suspicion to conduct search not probable cause,….this is not your home.

22 Right to Counsel If a person cannot afford an attorney, one shall be appointed Right to a lawyer 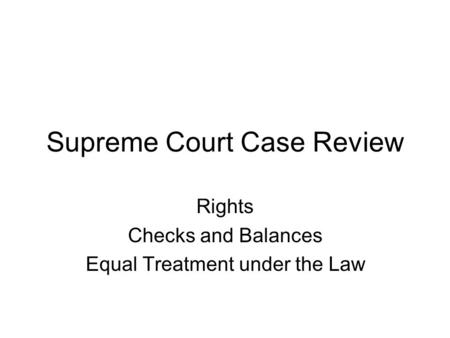 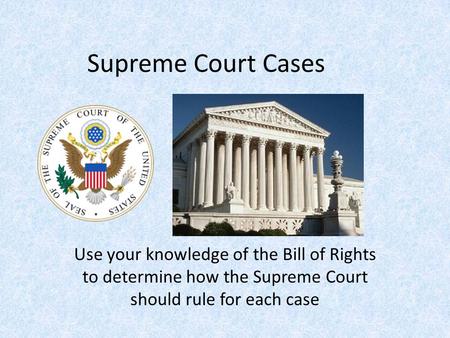 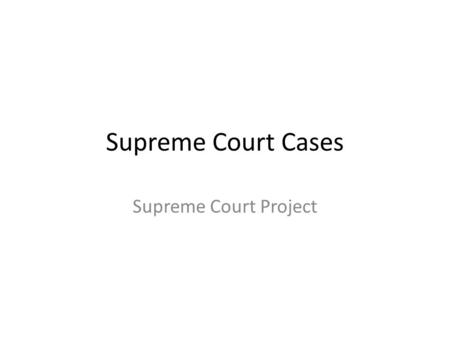 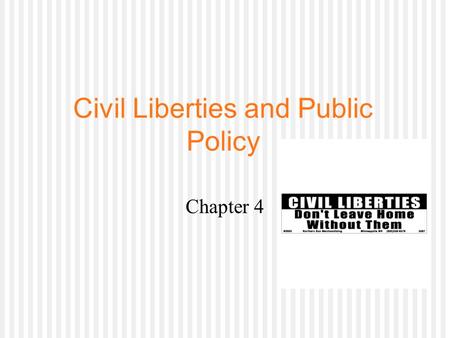 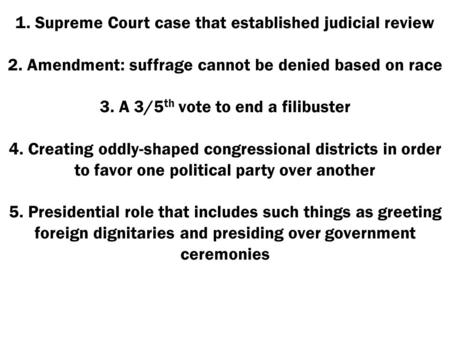 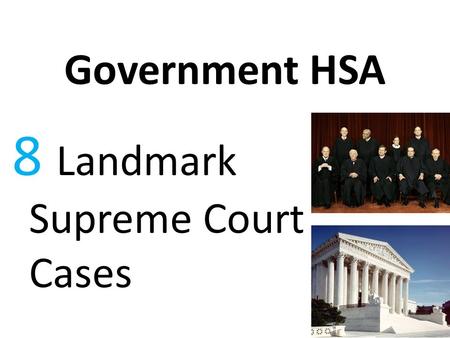