3 Questions to Consider 1.What rights of the accused does the Fifth Amendment protect? The Sixth Amendment? 2.If the police had informed Ernesto Miranda of these rights, do you think he would have done anything differently? 3.This case involves balancing the rights of the accused against society's need to fight crime. Could informing accused persons of their rights hurt the ability of the police to fight crime? Why or why not? 4. Do you think that informing people of their rights when they are accused of crimes helps protect innocent citizens? Why or why not?

4 Supreme Court Decision In a 5-4 opinion, the Supreme Court ruled in favor of Miranda. – defendants arrested under state law must be informed of their constitutional rights against self- incrimination and to representation by an attorney before being interrogated when in police custody. – EXPANDS our rights

6 Questions to Consider Was Mapp right to not let the police enter her house? Why or why not? Was there anything unreasonable about the police search of Mapp's house? Explain. The Supreme Court of the United States has to protect both humans and society. In this case, whom do you think they should protect first? Mapp? Society? Explain your answer.

7 Supreme Court Decision In a 5-3 decision, the Court ruled in favor of Mapp. – exclusionary rule: requires courts to exclude from criminal trials evidence from an unreasonable search that violated someone’s rights – EXPANDS our rights

9 Questions to Consider Why did the police frisk Sibron? Did they have enough evidence (probable cause) to search him? Does the 4 th amendment apply to people walking down the street?

10 Supreme Court Decision In an 8-to-1 decision, the Court ruled in favor of Sibron - all search and seizures are subject to constitutional limitations (must be reasonable). In Sibron's case, the Court noted that officer Martinez never actually heard any of the conversations between Sibron and the narcotics addicts so he did not have reason to search him EXPANDS our rights

12 Questions to Consider Does it matter that the drug peyote was used during a religious ceremony? What is more important, the anti-drug law or freedom of religion? How does the Free Exercise clause apply to this situation?

15 Questions to Consider Should Simmons be treated differently because of his age? Does it matter that Simmons was close to being 18 (legal adult)? Would it be different if he was only 13? Is the death penalty “cruel and unusual?”

Download ppt "Supreme Court Cases Use your knowledge of the Bill of Rights to determine how the Supreme Court should rule for each case." 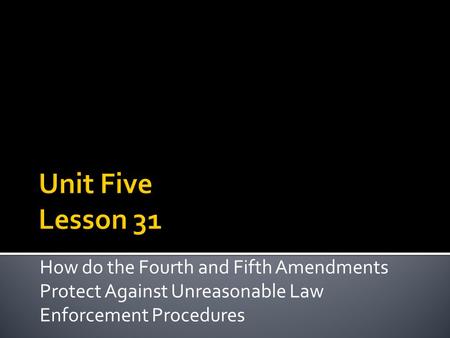 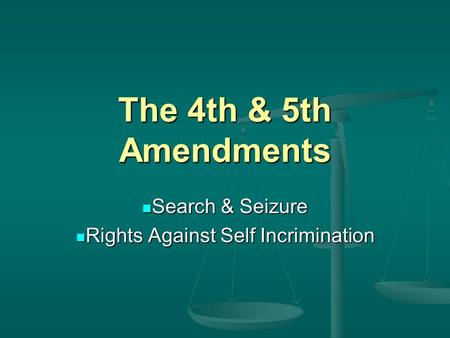 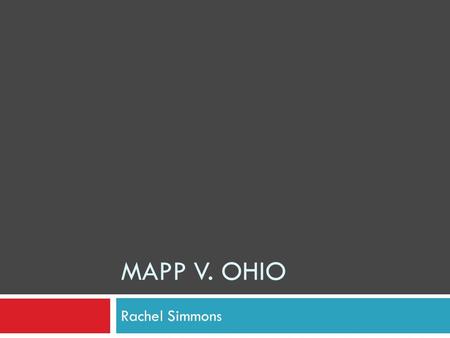 MAPP V. OHIO Rachel Simmons. Background & Freedom at Issue  The 4 th and 14 th Amendments  With reasonable suspicion of a bomb at the house, the police.