1 Supreme Court Cases You Need to Know
GPS Standards: SSCG16 The student will demonstrate knowledge of the operation of the federal judiciary. Explain the jurisdiction of the Supreme Court, federal courts, and the state courts. Examine how John Marshall established the Supreme Court as an independent, coequal branch of government through his opinions in Marbury v. Madison (judicial review). Describe how the Supreme Court decides cases. Compare the philosophies of judicial activism and judicial restraint.

3 Cases Dred Scott vs. Sanford – Living in a free state doesn’t make a slave free Ex Parte Milligan – President has the power to suspend habeas corpus during wartime (jailing people without telling them why) Plessy vs. Ferguson – separate but equal was ok

4 Cases Schenck vs. United States – government can pass sedition laws during wartime. Clear and Present danger for limiting speech Brown vs. Board of Education – Overturned Plessy vs. Ferguson

6 Cases Escobedo vs. Illinois – confession not admissible if defendant asks for an attorney and is denied one. Miranda vs. Arizona – establishes the rights of the accused

7 Cases Roe vs. Wade – made abortions legal in the first trimester
Gideon vs. Wainwright – defendant must be given a public defender if defendant can’t afford an attorney

8 Cases New Jersey vs. T.L.O. – set up the “reasonable suspicion” clause for schools vs. the “probable cause” for the normal workplace Regents of University of California vs. Bakke – case involving reverse discrimination Katz vs. United States – Police must obtain search warrant for wiretapping or electronic surveillance devices 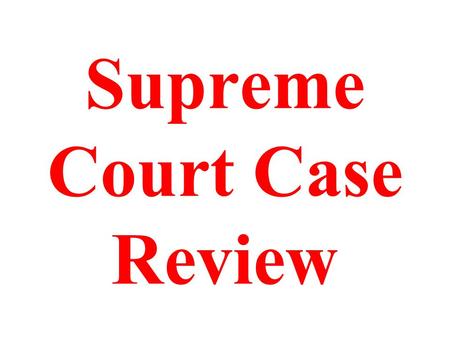 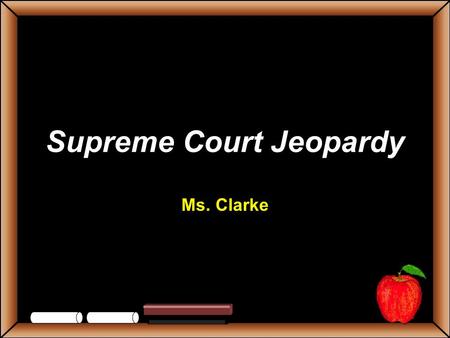 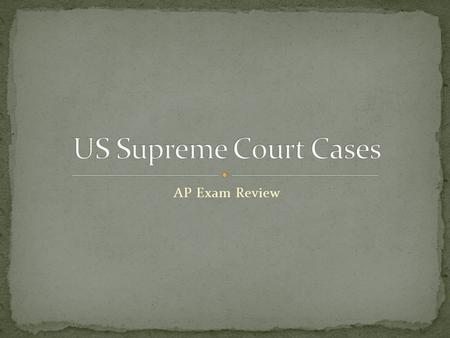 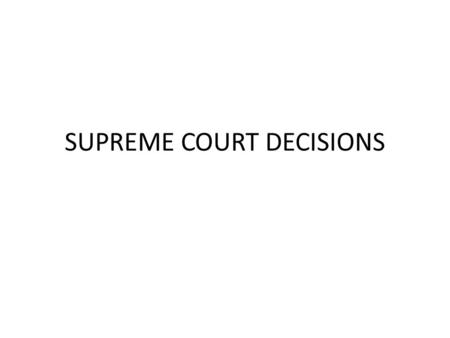 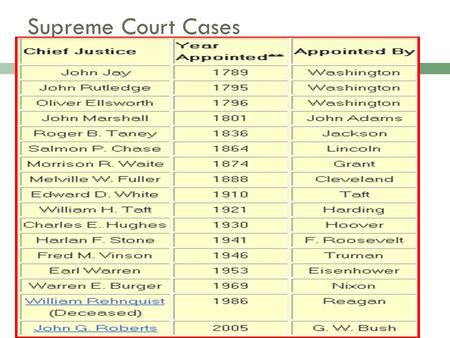 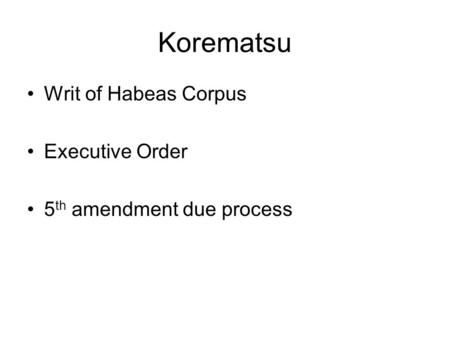 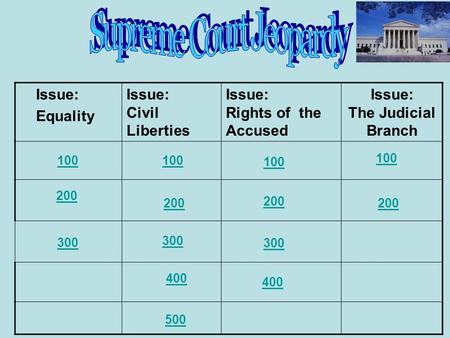 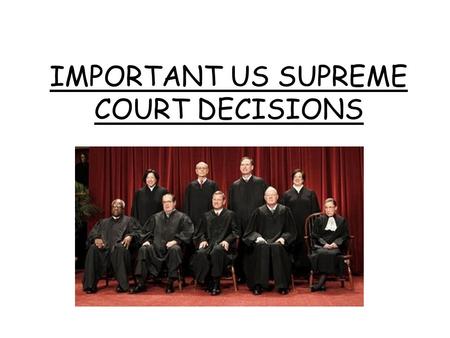 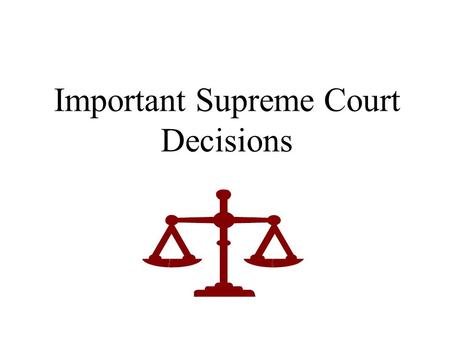