3 Adages and proverbs- sayings that reflect wisdom and truth and are based upon generations of experience. Ex. “Where there is smoke, there is fire.” “Don’t cry wolf.”

4 Alliteration- The repetition of the same initial consonant letter or sound. Ex. She sells sea shells by the seashore.

5 Dialect- a particular form of a language that is characteristic of a specific region or group of people. Ex. Marty Preston speaks in a southern dialect. (Pa don’t know nothin’ about dogs.)

6 Hyperbole- extreme exaggeration; an overstatement that is usually unbelievable and humorous Ex. I'm so hungry I could eat a horse.

7 Idiom- a figure of speech where the words mean something other than what they literally say Ex. It’s raining cats and dogs.

8 Imagery- words that appeal to the reader’s senses of sight, smell, sound, taste, and touch Ex. The big, slippery trout plunged silently back into the river.

9 Metaphor- a comparison of two unlike objects and states a fact or draws a verbal picture by the use of comparison. Ex. He is a bull on the football field.

10 Mood- is the atmosphere or the emotion a piece of writing arouses in a reader. Ex.The story, Miss Alaineus, made me laugh.

13 Simile- a comparison of two unlike objects using the words “like” or “as.” Ex. Her brown eyes were like pools of dark chocolate. 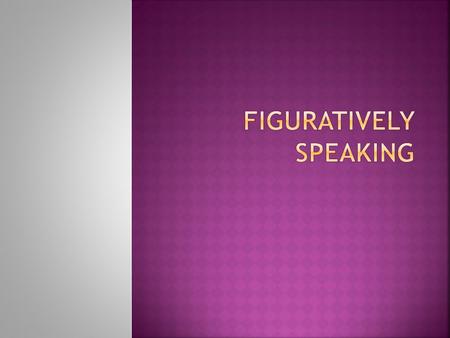 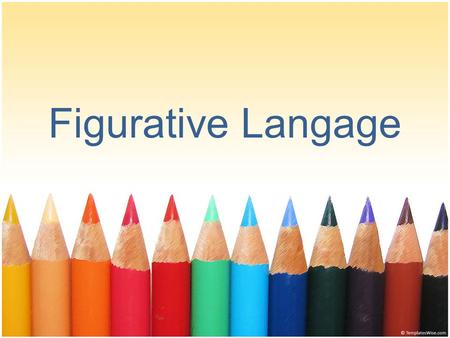