4 Figurative Language… …means more than what it says on the surface. (connotative meaning) …gives us a feeling about a subject. …used by poets all the time.

6 Imagery Language that appeals to the senses. Descriptions of people or objects stated in terms of our senses. Sight Hearing Touch Taste Smell

7 Simile Compares two unlike things, using the words like or as. Example: The man sprints like a cheetah.

8 Metaphor Compares two unlike things using a form of be (is, are, am, be). Does NOT use the words like or as. Example: The road was a ribbon wrapped through the desert.

10 Personification Gives the qualities of a person to an animal, an object, or an idea. Example: “The wind yells while blowing." The wind cannot yell. Only a living thing can yell.

11 Onomatopoeia The use of words that mimic sounds. Example: The firecracker made a loud ka-boom!

14 Idiom Examples The cat’s got your tongue. Don’t make a mountain out of a mole hill. You are barking up the wrong tree. 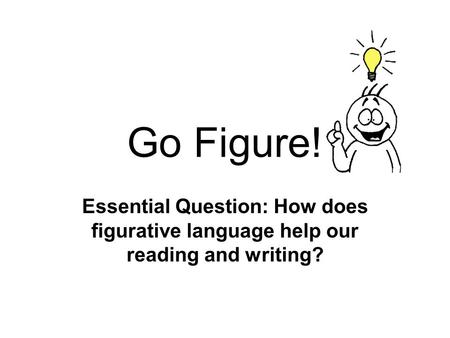 Go Figure! Essential Question: How does figurative language help our reading and writing? 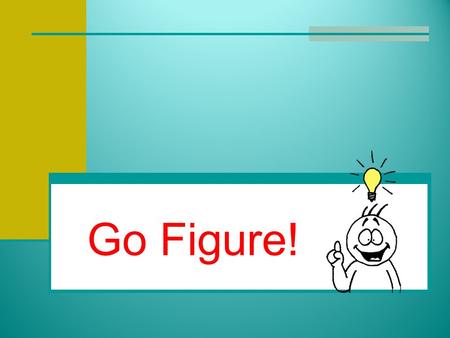