3 Recognizing Literal Language
“I’ve eaten so much I feel as if I could literally burst!” In this case, the person is not using the word literally in its true meaning. Literal means "exact" or "not exaggerated." Literal language is language that means exactly what is said.

7 Metaphor A figure of speech which involves an indirect comparison between two relatively unlike things using a form of be. The comparison is not announced by like or as. Example: The road was a ribbon wrapped through the dessert.

10 Onomatopoeia The use of words that mimic sounds.
Example: The firecracker made a loud ka-boom! 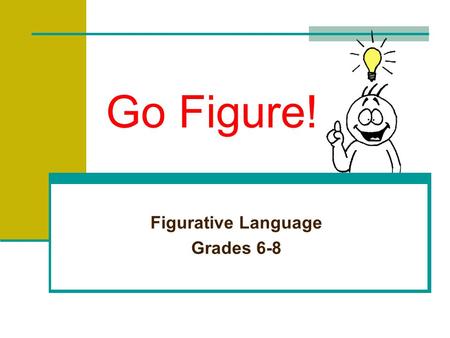