2 Phrase Meanings Verb phrases and thematic roles
Noun phrases may have different semantic relationships with the verbs they are used together with. The relationship depends on the verb that is used. In the sentence “the boy found a book”, the boy is the one who performs an action, or the doer of the action (of finding). The boy is called the agent: the NP ‘a book’ is the one or thing that undergoes an action. “A book” is called the theme: Agent and theme are the semantic relationships between the verb and the noun phrases, which is called the thematic roles of the verb.

3 Phrase Meanings Besides agent and theme, there are some other thematic roles. He stays in the hotel. Location: the place where an action takes place. Put the book on the desk Goal: the place to which an action is directed. Walk from the school Source: the place from which an action originates. Write with a pen Instrument: the means by which an action is performed. The wind damaged the roof. Causative: a natural force that causes a change. Helen heard Robert playing the piano. Experiencer: one who perceives something. The tail of the dog wagged furiously. Possessor: one who has something

9 Speech Acts You can use language to do things.
Make promises, issue warnings, offer congratulations, apologize

11 Speech Acts Austin (1962) distinguishes five classes of speech acts according to their illocutionary force. Searle (1976) claims that Austin’s classification is not a classification of illocutionary acts but illocutionary verbs. He proposes an alternative classification of illocutionary acts which consists of the following categories: Representatives, which commit the speaker to the truth of the expressed proposition, or content (e.g., asserting, concluding, etc); Directives, by means of which the speaker attempts to get the hearer to do something (e.g., requesting, questioning); Commissives, which commit the speaker to a future action (e.g., promising, threatening, offering); Expressives, which express the speaker’s psychological state (e.g., apologizing, thanking, complaining, welcoming); Declarations, which after immediate production can change the state of affairs (e.g., declaring war, christening, firing from employment).

14 Grice’s Maxims (Cooperative Principle)
Quantity make your contribution as informative as required (not more) Quality do not say what you believe to be false or so not say that which you lack adequate evidence Relevance be relevant Manner Do not be obscure or ambiguous; be brief and orderly

15 Grice’s maxims Whenever a maxim is flouted there must be an implicature to save the utterance from simply appearing to be a faulty contribution to a conversation.

16 Violation of Maxims Realization of speech acts suggests violation of Grice’s Maxims and conversationalists do so all the time. It’s cold in here! (what maxims are violated?) Although speech acts share universal features, the norms of politeness and linguistic forms used in specific culture can add peculiarities inherent only to that specific culture.

18 Implicature A: Have you done your homework?
B: Joanna had her ear pierced today.

19 Deixis Reference of many words and expressions relies on the situational context E.g., Person deixis: my, mine, you, yours, us Space deixis: this, that Time deixis: now, this time, tomorrow Place deixis: here, there, that place 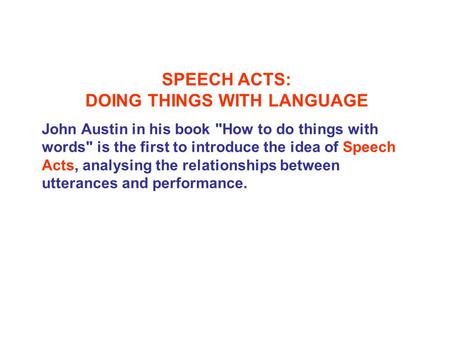 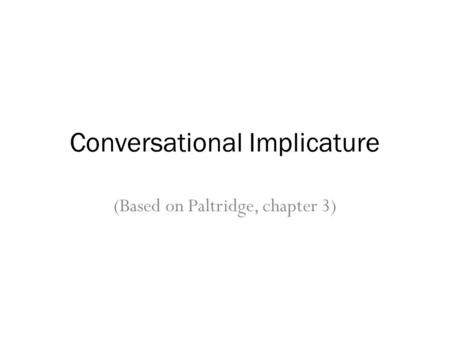 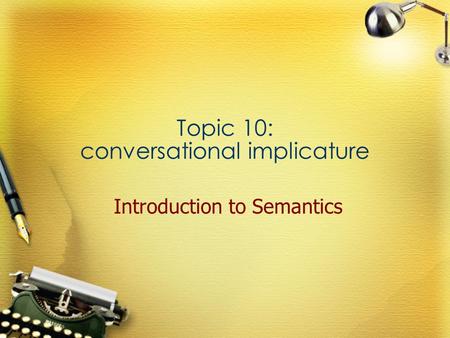 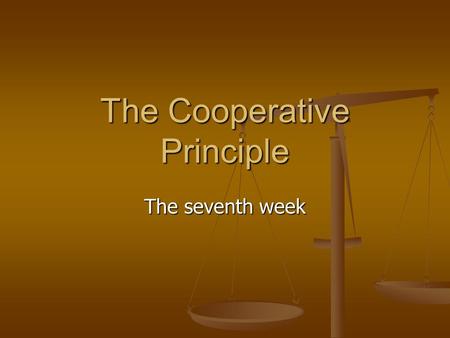 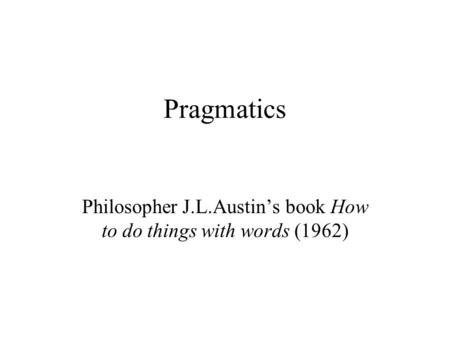 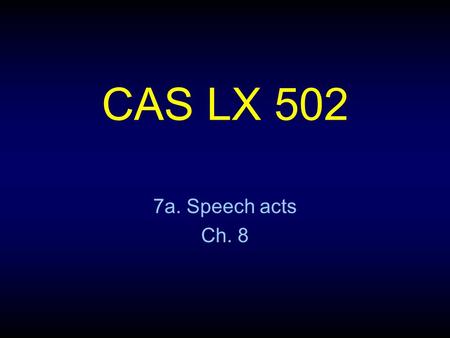 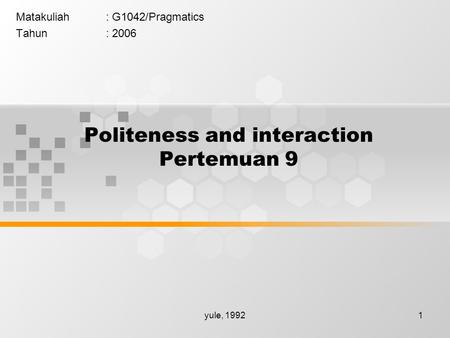 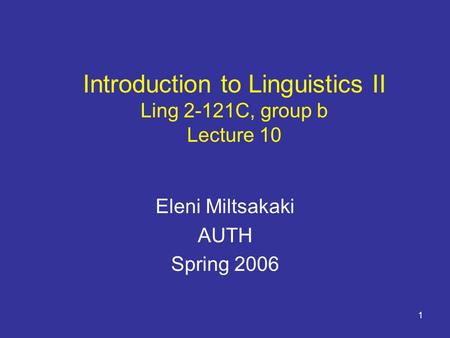 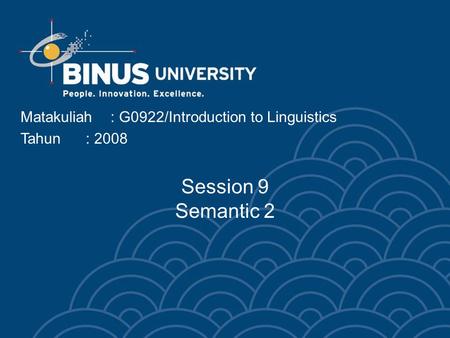 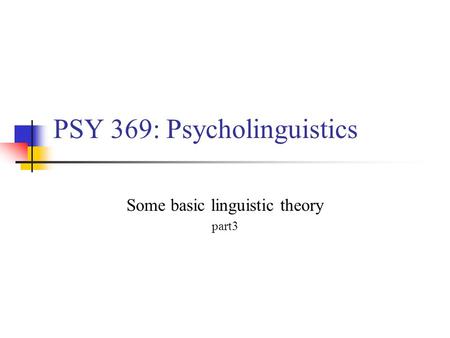 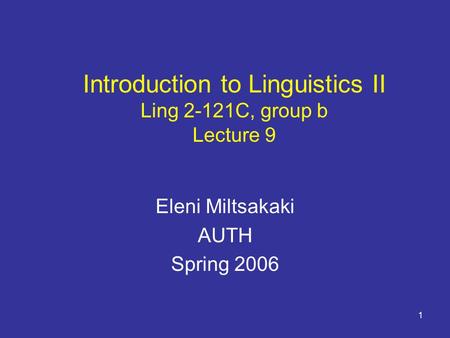 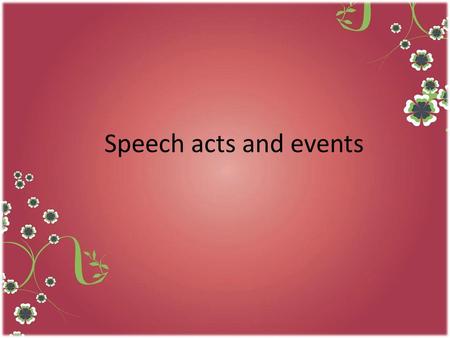 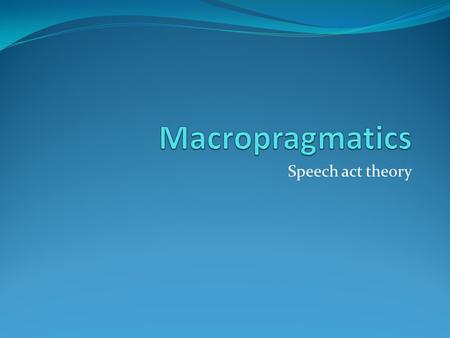 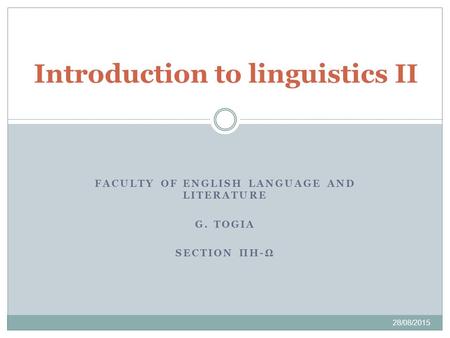 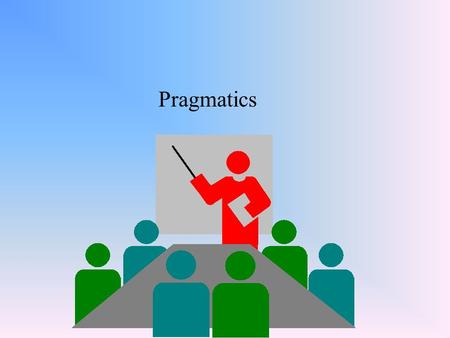 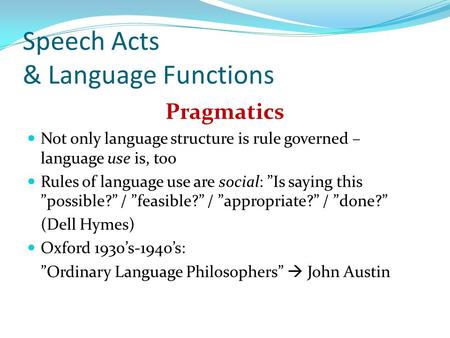 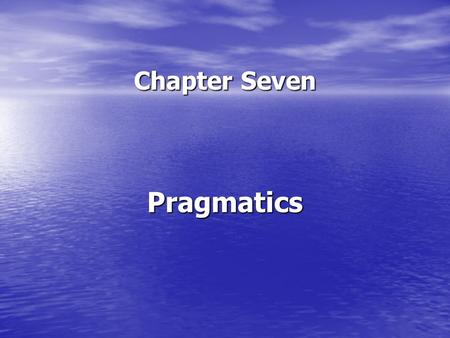 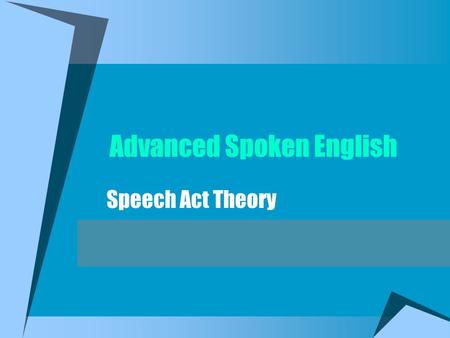