Presentation on theme: "Chapter 17 World War I. World War I Alliances O In the late 1800s and early 1900s, nationalism and imperialism led the nations of Europe to form."— Presentation transcript:

5 World War I Alliances O In the late 1800s and early 1900s, nationalism and imperialism led the nations of Europe to form two rival alliances: O The Triple Alliance, made up of Germany, Austria-Hungary, and Italy O The Triple Entente (later the Allies), consisting of France, Great Britain and Russia.

8 O Conflict between the two armed camps broke out following the assassination of the heir to the Austrian throne on June 1914. O *Archduke Franz Ferdinand and his wife shot while driving in an open car! O For four years, the belligerents, fought on land, at sea, and in the air, using new weapons, such as machine guns, tanks, airplanes, and poison gas.

9 Western Europe/Eastern Europe O In western Europe the war quickly settled into a stalemate along two parallel lines of trenches stretching from Switzerland to the North Sea. O In eastern Europe and the Middle East, constant changes occurred in battlefield positions, but neither side was able to achieve a speedy total victory.

11 Great Britain Enters the War O Great Britain’s decision to enter the war was when Germany invaded neutral Belgium. O To try to cut off Germany’s supply lines, Great Britain blockaded German ports. With their navy. Germans began unrestricted Sub warfare…. O The German sinking of American merchant ships eventually brought the neutral United States into the war on the side of the Allies.

12 United States O The United States gave the Allies much- needed human and material resources; and in 1918, Germany finally surrendered.

13 In the End O The war brought sweeping changes. O The Ottoman, Russian, and Austro- Hungarian empires collapsed, and new nations emerged from the breakup. O For example, new nations such as Yugoslavia, Estonia, and Poland emerged and due to Woodrow Wilson’s fourteen points they were granted self-determination.

14 O The peace settlement at Versailles, France, made Germany responsible for the war and imposed a heavy financial penalty on its people. O In addition, Germany was forced to reduce in size.

16 O The war also increased human misery on a large scale, with millions of soldiers and civilians dead or wounded O Mass killings, such as those of the Armenians under Ottoman rule, added to the list of horrors. O Most importantly, Vladimir Lenin the leader of the Bolshevik party who held power in Russia because he promised to end the war with Germany, helped lead to the rise of communism as a force in world affairs.

17 O In groups or solo… appoint a writer and a presenter and create an inter- CONNECTED Mega Web of 10 PLUS details covering key info from these notes …connect at least 2 facts in chain see how many links you can connect! (EC reward for 5 or more linked) be ready to share! O 1 st question to answer is what to call the center of the web???

Download ppt "Chapter 17 World War I. World War I Alliances O In the late 1800s and early 1900s, nationalism and imperialism led the nations of Europe to form." 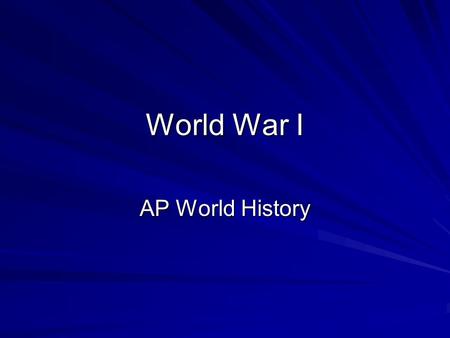 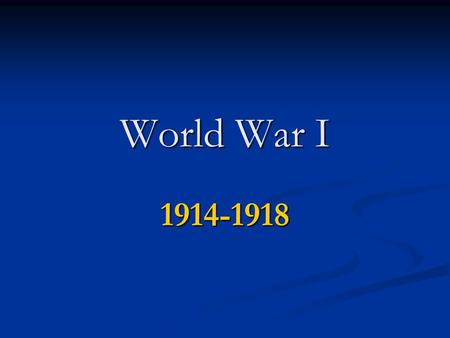 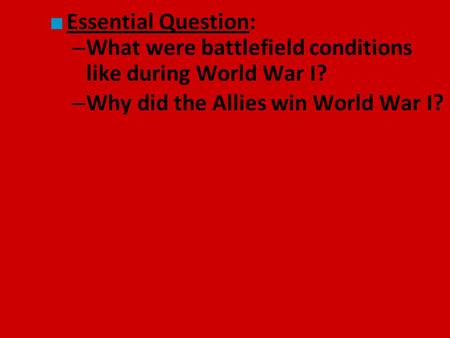 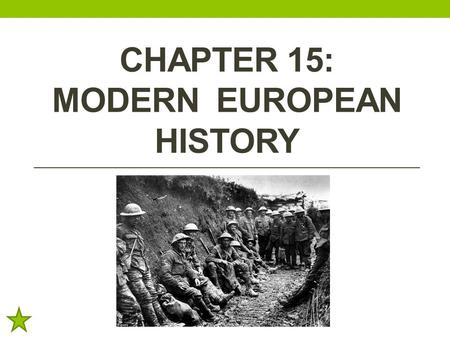 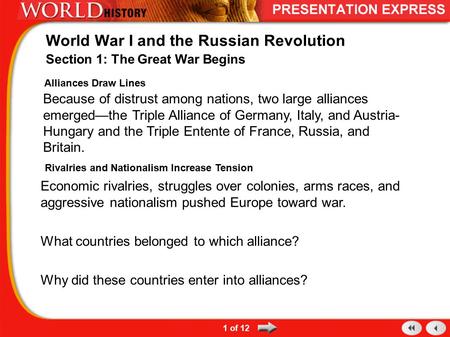