2 What is a Narrative ? The most important thing to remember about a narrative essay is that it tells a story. It can be a short story, a novel, a drama, or a narrative poem. The author may write about an experience or event from his or her past something that happened to somebody else, such as a friend, parent or a grandparent a recent or an ongoing experience or event

3 What is a plot Plot is what happens in a story. Plot consists of a series of related episodes, one growing out of another.The parts of the plot act like the building blocks in a story.

4 What are the parts of the plot?
Conflict or Problem Rising action Climax Falling action Resolution or conclusion

5 Introduce the problem The protagonist and antagonist characters are introduced. This is where the reader finds out about the conflict or a problem in the story. The major character must face obstacles to solving his or her problem.

8 Concept Attainment Lesson
Keep your ideas to yourself until I ask you to share. Figure out what these images represent.

9 This is an Example

10 This is NOT an Example

11 This is an Example

12 This is NOT an Example

13 This is an Example

14 This is NOT an Example

15 This is an Example

16 This is NOT an Example

18 These are NOT Examples

19 Do you have any ideas? Don’t say anything, yet.
Write down your idea on your paper. If you don’t have any ideas, write “I don’t know.”

20 This is an Example

21 This is NOT an Example

22 This is an Example

23 This is NOT an Example

24 This is an Example

25 This is an Example

26 This is NOT an Example

27 This is an Example

28 This is NOT an Example

30 These are NOT Examples

31 Have you changed your idea?
Share your idea with a partner. Tell your partner the reasons why you have idea about the concept you have decided upon.

33 These are NOT Examples

34 What is this concept?

36 Graphic Organizer Model for Notes
Fiction Cartoons, School of Rock Comic Books Term: Example from literature: Example from Real Life: Not real; the events in the story didn’t really happen; the characters in the story are not real people Definition: Draw a picture: Hatchet Harry Potter

43 Internal Conflicts Person vs. Self

45 Series of events or Rising action
A series of events takes place that makes it very hard for the character to get what he or she wants. Conflict builds as the major character faces obstacles to solving his or her problem. Each new obstacle complicates the conflict and helps build to the story’s climax.

46 Series of events or Rising action

47 Climax The climax is the story’s most emotional or suspenseful moment.
This is the point at which the conflict is decided one way or another. Reader’s curiosity is at it’s highest at the story’s climax. Make your reader wonder, “How is this going to turn out?”

49 Resolution or Conclusion
The resolution is the last part of the story. It is also called conclusion. This is where the loose ends of the plot are tied up and the story is closed.

52 It’s time to get started……..
Remember that your plot needs to have a beginning conflict rising action a climax resolution

56 Planning a story’s setting
The setting is where and when the story takes place. It can be a kitchen at night or a soccer field on a Friday evening. It can be the present, the past and the future. Include details about the weather, calendar events, or times of the day in your setting. Use sensory details(tastes, feelings, smells, sights, and sounds) to describe or show your setting.

57 As you write your story…..
Use specific narrative action, such as movements, gestures, and facial expression, to tell exactly what your characters are doing and to show their personalities or attitudes. Make sure that all of the action in your story builds to a climax of suspense.

58 End Your story’s ending should not be just tacked on. It should follow naturally from the story’s events. The problem introduced at the beginning of the story should be resolved. Your story’s outcome can be happy or sad, but make sure that it is believable. Include evidence to show that your character is round, flat, static, or dynamic. 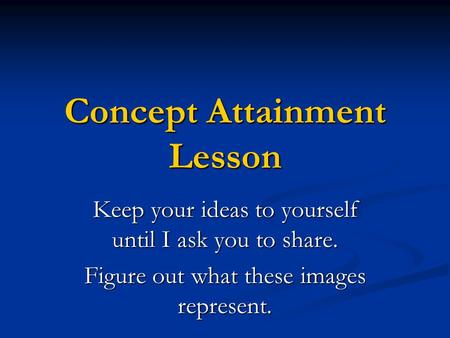 Concept Attainment Lesson Keep your ideas to yourself until I ask you to share. Figure out what these images represent. 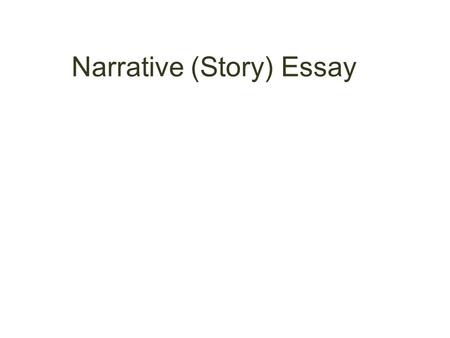 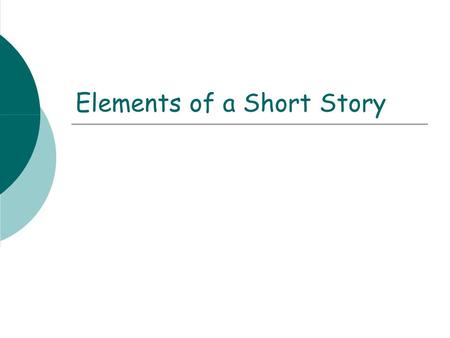 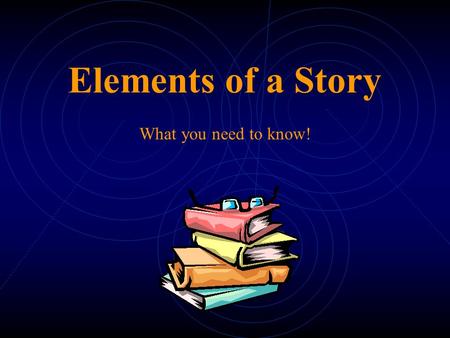 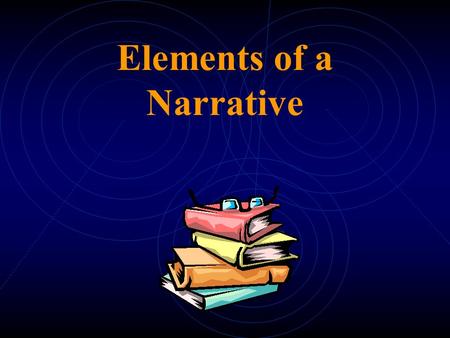 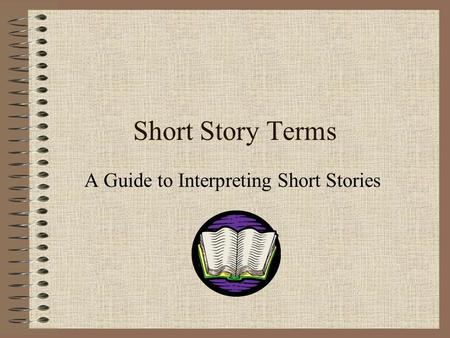 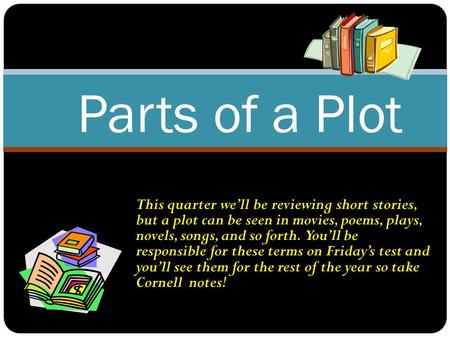 This quarter we’ll be reviewing short stories, but a plot can be seen in movies, poems, plays, novels, songs, and so forth. You’ll be responsible for. 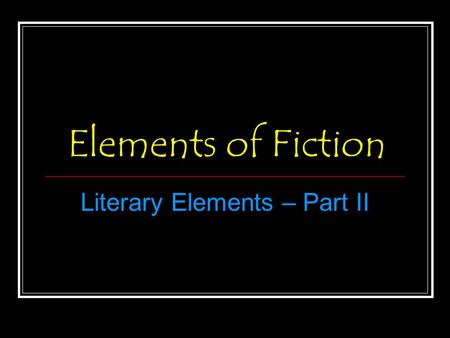 Short Story Terms. What is a Short Story? A short story is : a brief work of fiction where, usually, the main character faces a conflict that is worked.

Narrative Essay Getting it right every time. What is a Narrative ? a short story, a novel, a drama, or a narrative poem.The most important thing to remember. 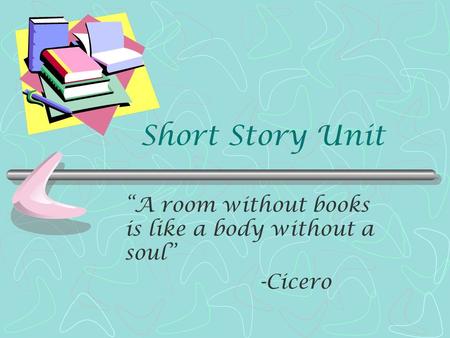 Short Story Unit “A room without books is like a body without a soul” -Cicero.