2 Perspective During the Renaissance artists became interested in making two-dimensional artwork look three-dimensional. Renaissance- ( ): The Renaissance began in Italy and spread through Northern Europe. Art, Science, and Literature grew during this time.

3 Perspective Many of the earlier works artists created showed little depth. Does this picture reflect depth? Why or why not? How could this picture be changed to increase its’ depth? Kaufmann Haggadah. Spain, late 14th C.

6 Perspective Many artists have used a variety of different techniques to show depth. However it was not until the Renaissance that artists developed a system to show depth logically and consistently.

7 Perspective Linear Perspective:
Based on the way the human eye sees the world. Objects that are closer appear larger, more distant objects appear smaller. To create the illusion of space the artists creates a vanishing point on the horizon line. Objects are drawn using orthogonal lines, which lead to the vanishing points.

8 Perspective Vanishing Point
The single point on the horizon where all the lines on the ground level seem to come together Horizon Line The place where the land and the sky meet. Orthogonal Line Lines that connect to the vanishing point

9 Perspective Can you locate the Horizon Line?
How did you determine this? Can you find the vanishing point in this picture?

10 Perspective The red line is the Horizon Line.

11 Perspective Can you locate the vanishing point?

14 Perspective Lines leading to the vanishing points are called
orthogonals.

15 Perspective In two-point perspective the front edge of the form is
seen as the closest point.

16 Perspective Draw a horizon line towards the top of your paper.

17 Perspective Make sure the end of the ruler (or side of the triangle) flush with the edge of the paper. If lines are not exactly vertical your drawing will be crooked.

18 Perspective Draw two vanishing points on the horizon line near
the page edges.

19 Perspective Now draw a vertical line this is your front edge. Draw
it in near the bottom middle of the page, so you have plenty of room to add more forms to your building.

20 Perspective Now connect the both ends of the front edge to both
vanishing points. These are orthogonals. Draw lightly so you can erase!

21 Perspective Draw two vertical lines between the orthogonals where
you want the back edges of your form to appear.

22 Perspective Now join the back and top corners to the opposite
vanishing point to complete the top of the form.

23 Perspective Erase the extra orthogonals. Now you have a form
drawn in two-point perspective!

25 Perspective Your First Assignment: Create a drawing of
boxes in 2-point perspective. Stack Forms on top of each other Add Design or Texture to your box forms.

26 Perspective Your Final Assignment: Create a fantasy city using
two-point perspective! Sketch out in pencil first. Add forms and details to create your city. Outline with black sharpie marker. Paint with watercolor to finish your city. 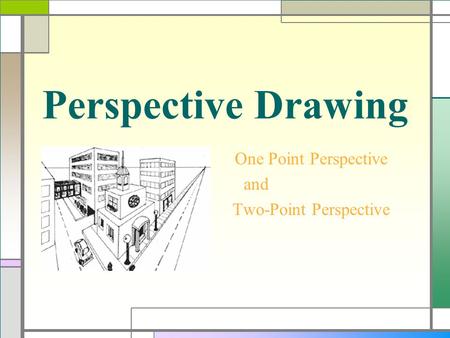 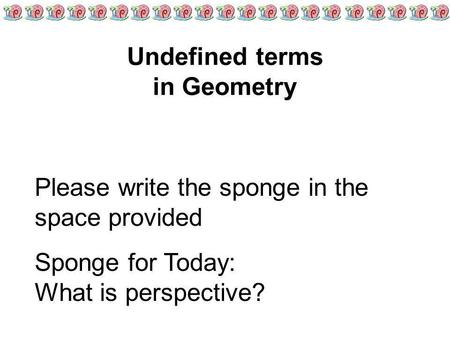 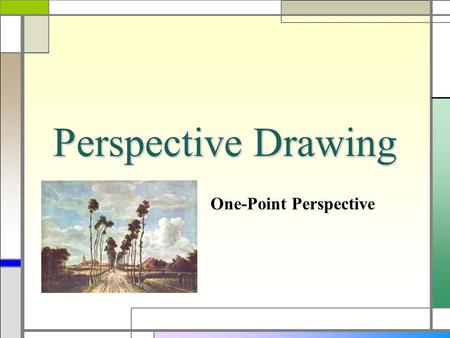 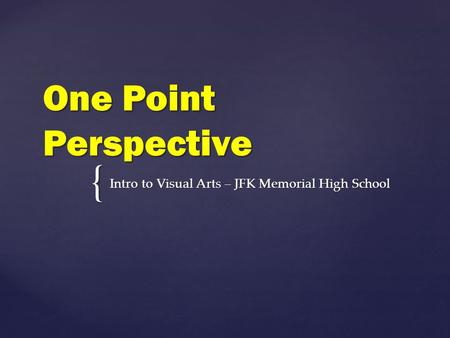 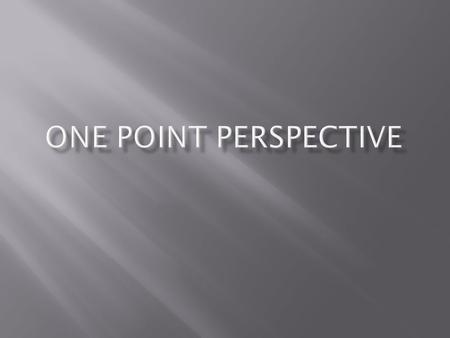 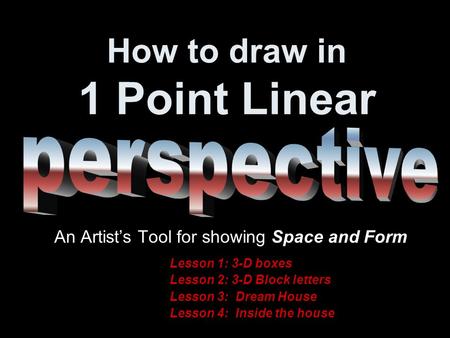 How to draw in 1 Point Linear 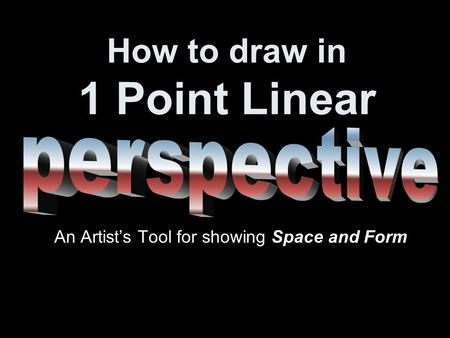 How to draw in 1 Point Linear An Artist’s Tool for showing Space and Form. 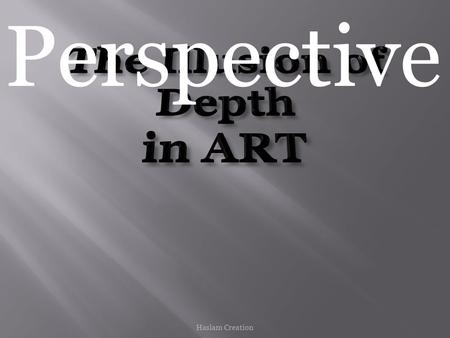 The Illusion of Depth in ART 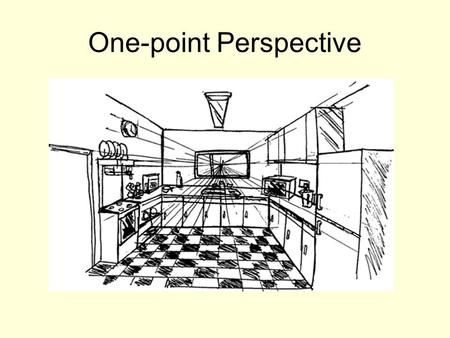 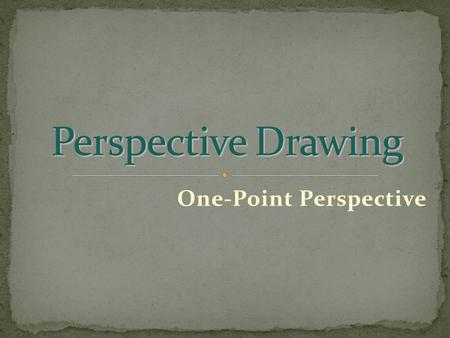 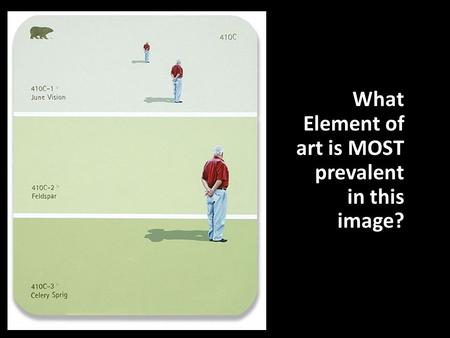 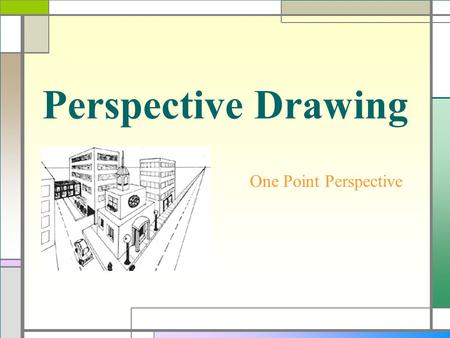 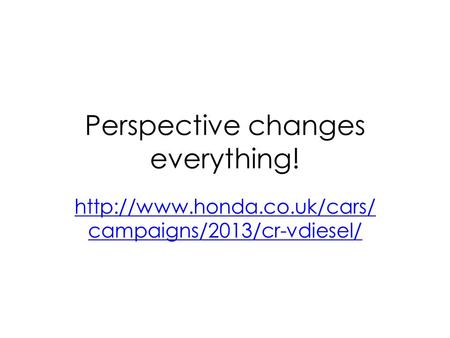 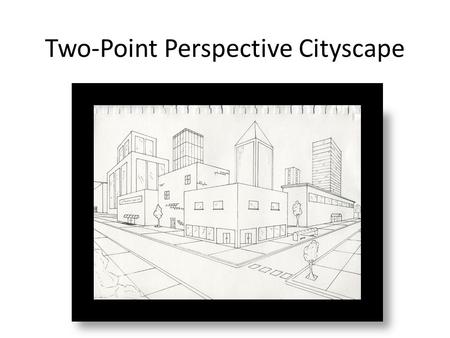 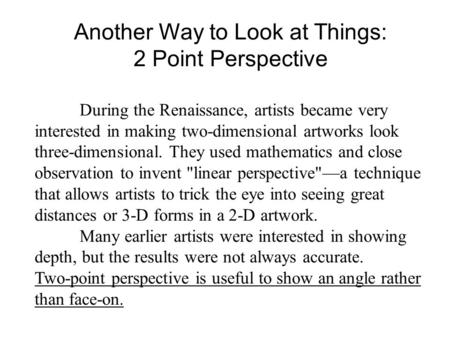 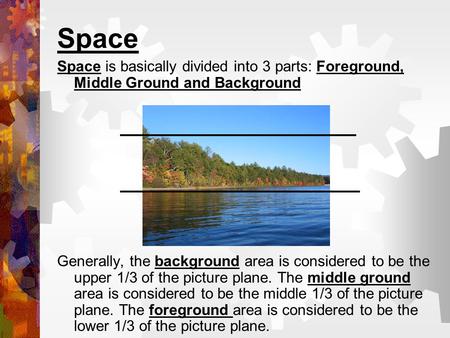 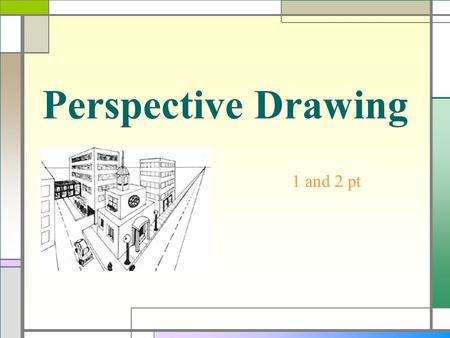 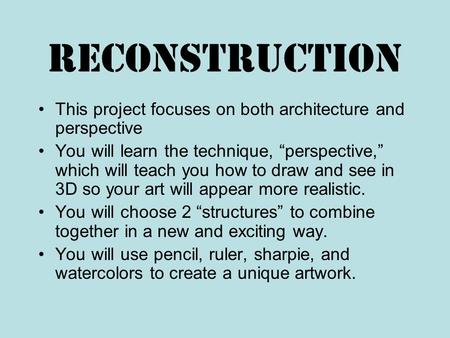 Reconstruction This project focuses on both architecture and perspective You will learn the technique, “perspective,” which will teach you how to draw. 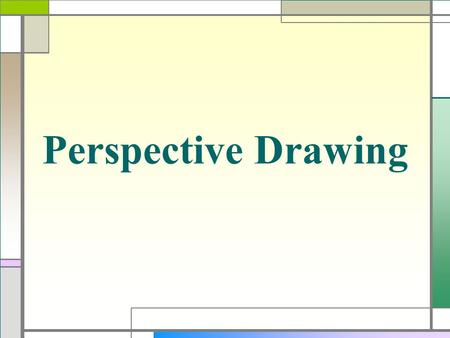