BY ENRIQUE DAVALOS, P.6 PABLO PICASSO. Pablo Picasso was born in Málaga, Spain, in 1881. He was amongst the most influential artists of the 20 th century.

Presentation on theme: "BY ENRIQUE DAVALOS, P.6 PABLO PICASSO. Pablo Picasso was born in Málaga, Spain, in 1881. He was amongst the most influential artists of the 20 th century."— Presentation transcript:

2 Pablo Picasso was born in Málaga, Spain, in 1881. He was amongst the most influential artists of the 20 th century. He was the co-founder of the style of art known as Cubism. (Along with Georges Braque.)

4 His mother was Doña Maria Picasso y Lopez, she was A housewife who cared for him His father was Don José Ruiz Blasco, a painter and art teacher. He taught him to draw basic drawings when he was younger.

5 "When I was a child, my mother said to me, 'If you become a soldier, you'll be a general. If you become a monk you'll end up as the pope,'" he later recalled. "Instead, I became a painter and wound up as Picasso." Picasso displayed a prodigious talent for drawing at a very young age. According to legend, his first words were "piz, piz," his childish attempt at saying "lápiz," the Spanish word for pencil.

7 Picasso had countless relationships with girlfriends, mistresses, muses and prostitutes during his lifetime, marrying only twice. He married a ballerina named Olga Khokhlova in 1918, and they remained together for nine years, parting ways in 1927. In 1961, at the age of 69, he married his second wife, Jacqueline Roque.

9 I chose Pablo Picasso to do my powerpoint on because in my opinion he is one of the best artists in the world and I liked how he was into cubism and abstract art in addition to just realism. He did not conform to the standards set by the artists from the previous generation. He was truly unique. He was ahead of his time. http://www.pablopicasso.org/index.jsp

Download ppt "BY ENRIQUE DAVALOS, P.6 PABLO PICASSO. Pablo Picasso was born in Málaga, Spain, in 1881. He was amongst the most influential artists of the 20 th century." 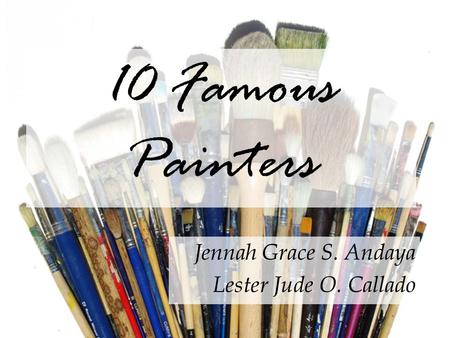 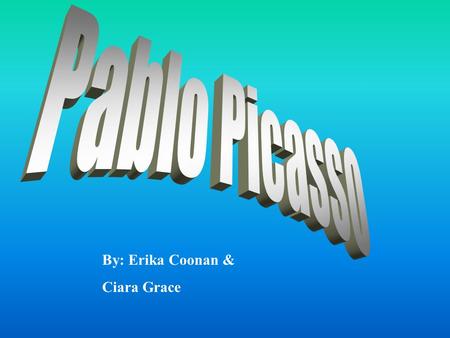