2 What is Chivalry?  Definition: Chivlary has come to be known as courteous and gallant behavior toward women in modern society, stemming from the qualities expected of a knight in the middle ages. These accepted behaviors often included courage, honor and justice among others.

7 VirtueDescription Humility (pride) Seeing ourselves as we are and not comparing ourselves to others Generosity (avarice) Generosity is the ability to allow others to get the credit or praise. Giving without the expectations of the other person Love (envy) Love actively seeks the good of others for their sake.

8 Kindness (wrath) Kindness is taking a tender approach with patience and compassion Self-Control (lust) Self control is the ability to prevent pleasure from killing the soul by suffocation; using something to maximum efficiency without damage. Faith and Temperance (gluttony) Accepts the natural limits of pleasures and preserves natural balance Zeal (sloth) The energetic response of the heart to what is right or correct. VirtueDescription

10 Knights and Kings  The King oversaw the workings of the Feudal System.  In the feudal system, the king owns all of the kingdoms land.  Based on their ranking in society and the allegiance to the king, followers (Barons) were given portions of land to oversee for the king.  Knights were given land by a Baron in return for military service when demanded by the King.  Knights, in turn, also protected the Baron, as well as the Manor, from outside threats.  The Knights were also awarded land for their own personal use and distributed the remainder to villeins (serfs).

11 The Quest  Quest : An expedition undertaken by a knight to perform a prescribed feat  In any medieval romance, the hero must partake in a quest where he (or she) often achieves a goal, is rewarded with treasure and/or learns a lesson.  Famous Quests in Literature:  The Quest of the Holy Grail (King Arthur)  Gigamesh  Odysseus in The Odyssey 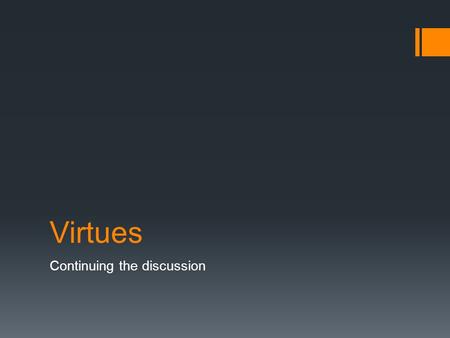 Virtues Continuing the discussion. What is a virtue?  A habit  Perfects the powers of the soul  Disposes one to “do good”  God gives us grace which. 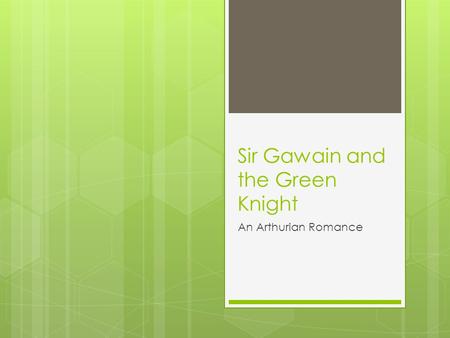