1 Feudalism: A System of Allegiance

2 Feudalism: A System of Allegiance
After Charlemagne’s death in 814, rule in Europe fell into the hands of numerous nobles. Powerful and independent aristocrats ruled local areas by a system called feudalism. Feudalism was an economic, social, and military system in which vassals, or tenants, pledged their loyalty to a lord, exchanging work on his land or service in his military in return for his protection.

3 Feudalism Usually the lord himself was vassal to a more powerful overlord, who in turn served as a vassal to a prince or king. Feudalism and the Church were the two great pillars of the medieval society.

4 Epic Deeds of Heroes and Heroines

5 Epic Deeds of Heroes and Heroines
Warfare between feudal lords was commonplace, and medieval literature simultaneously reflected both ideals of valor and the desire for order and peace. During the Middle Ages a rich tradition of stories was passed on by minstrels, who sang or chanted the fabulous deeds of earlier heroes. Many of these stories became epics that are still read today.

7 The Code of Chivalry He was supposed to show Christian humility to his peers, kindness to those beneath him, and generosity to all. Many knights could not live up to the code.

8 The Romance Romances were the literary expression of chivalric ideals. Romances were long poems about knightly adventures that were recited by traveling poets. The Arthurian romances were among the most popular of the medieval romances. These stories of Arthur, a legendary Celtic king and his knights of the Round Table, spread first throughout England and Wales and then migrated to the Continent.

9 The Romance Continued Chretien de Troyes, who wrote in French in the late twelfth century, was one of the most famous of the medieval romance poets. His stories, especially those of Perceval and Lancelot, influenced later versions of the Arthurian legend.

10 Courtly Love A new element of courtly love served to distinguish the romances from the earlier epics. The knight’s deeds were not performed in the service of king or country, but on behalf of a beautiful, fair, and noble lady who was above him in status and usually married--and therefore unattainable. The tradition of courtly love began in the eleventh century by troubadours (poet-musicians) who sang lyrics based on the theme of courtly love. 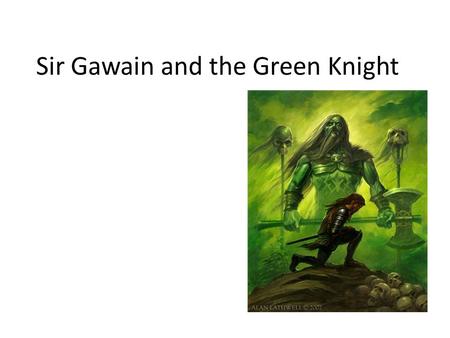 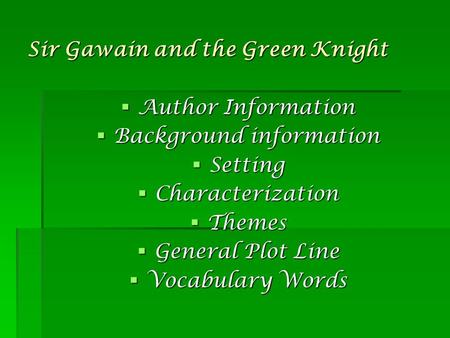