3 15th Amendment States that no state may take away a person’s voting rights on the basis of race, color or previous enslavement

8 Polling Place The location where voting is carried out
Usually in public buildings such as schools, churches or libraries

16 Florida 2000 Election Election between George W. Bush and Al Gore came down to Florida “Butterfly ballots” confused many voters who accidentally chose a different candidate “Hanging chads” were partially punched cards that had to be hand checked for accuracy George W. Bush eventually won Florida and the election

26 Electorate All the people who are eligible to vote

50 Incumbent Politicians who currently hold the position being voted for 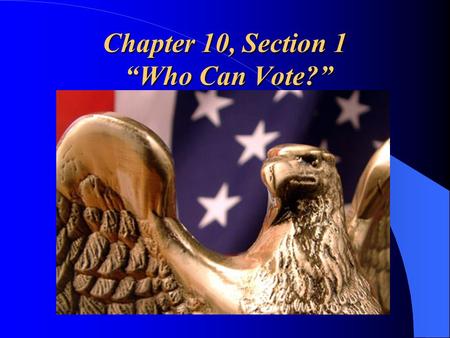 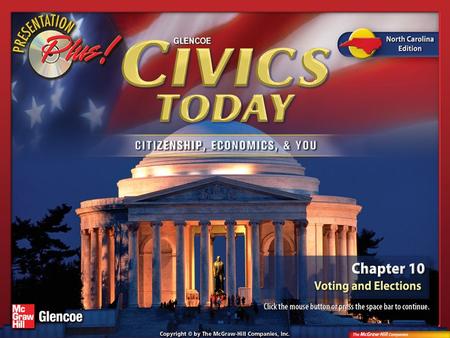 Splash Screen. Chapter Intro 2 Section 1: Who Can Vote? The right to vote is one of the fundamental rights of citizens in a democratic society. Voting.