3 The Organism that Results is called: Genetically Modified Genetically Engineered or Transgenic

8 Benefits of Genetic Modification Nutrition Malnutrition is common in third world countries where impoverished peoples rely on a single crop such as rice for the main staple of their diet. However, rice does not contain adequate amounts of all necessary nutrients to prevent malnutrition. If rice could be genetically engineered to contain additional vitamins and minerals, nutrient deficiencies could be alleviated. For example, blindness due to vitamin A deficiency is a common problem in third world countries. Researchers at the Swiss Federal Institute of Technology Institute for Plant Sciences have created a strain of "golden" rice containing an unusually high content of beta-carotene (vitamin A). Since this rice was funded by the Rockefeller Foundation, a non-profit organization, the Institute hopes to offer the golden rice seed free to any third world country that requests it.

9 Benefits of Genetic Modification Pharmaceuticals Medicines and vaccines often are costly to produce and sometimes require special storage conditions not readily available in third world countries. Researchers are working to develop edible vaccines in tomatoes and potatoes. These vaccines will be much easier to ship, store and administer than traditional injectable vaccines.

12 Controversies of Genetic Modification Violation of natural organisms' intrinsic values Tampering with nature by mixing genes among species Objections to consuming animal genes in plants and vice versa Labelling is not mandatory in some countries (e.g., United States) Mixing GM crops with non-GM 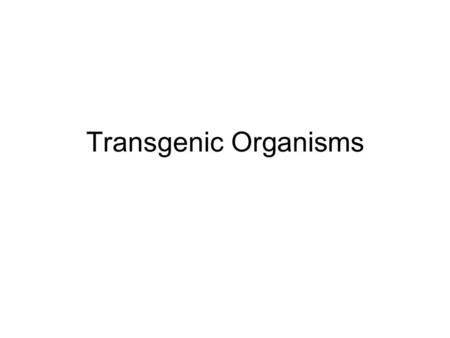 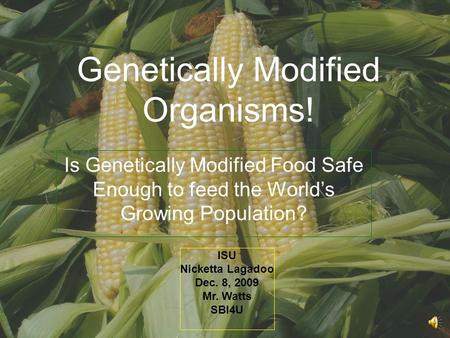 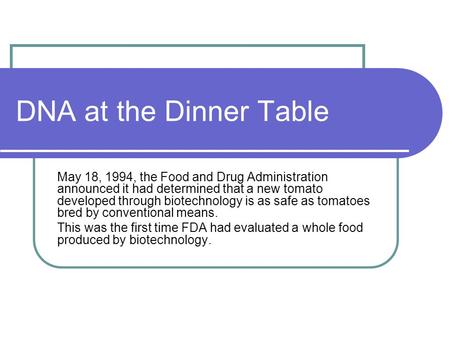 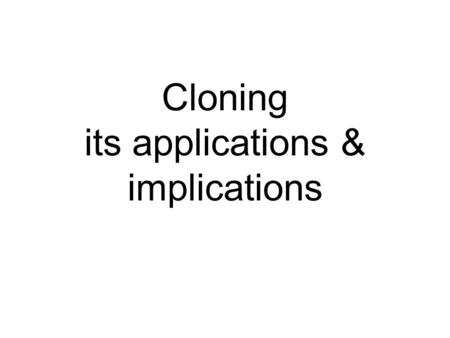