2 genetically modified foods
Also called genetically modified organisms (GMO), or GE foods (Genetically Engineered). Created by inserting DNA from one organism into another (Fish DNA into an Apple) or, modifying an organism’s DNA to attain a desirable traits (I.e. crops that can resist drought and disease). Image credit: Microsoft clipart

3 Examples of GMO’s In 1994, the Flvr Savr tomato (apple DNA combined with Tomato DNA) was introduced as the first GMO food. It is supposed to be“tastier, firmer and fresher” than the average tomato. Golden Ride - enriched rice containing beta-carotene (Vitamin A). This vitamin is not found in normal rice. Bt Corn - corn containing a chemical normally found in bacteria (Bacillus thuringiensis). This is toxic to insects, not humans. Insects try to eat the plant and die. Herbicide resistant plants (roundup ready corn) - these plants are immune to a certain herbicide, so they live while all the other plants in the field are killed.

4 GMO foods…are common According to Greenpeace, up to 70% of processed foods in Canada contain GMO ingredients. Most common are corn, soy, canola and cotton.

7 GMO’s In Canada Health Canada groups GMO foods into a category called “Novel Foods” Foods resulting from a process not previously used for food; Products that have never been used as a food; or Foods that have been modified by genetic manipulation, also known as genetically modified (GM) foods, genetically engineered foods or biotechnology-derived foods

11 Benefit # 3 Improved Nutrition
crops like rice are a staple in developing countries but are nutritionally inadequate. GMO "golden rice" is high in beta-carotene (vitamin A) Vitamin A - reduces eye-related problems like blindness due to malnutrition

14 Challenge #1 Environmental – possibility of unintended harm to other organisms A pest resistant crop that produces toxins could harm both crop-damaging and non crop-damaging insects. (e.g. of this is the BR corn is thought to affect/kill the larvae of a Monarch Butterfly.

17 Challenge #4 Human Health Risk
introducing a gene into a plant may create a new allergen or cause an allergic reaction in susceptible individuals. Also if one was to insert the genes from a nut into another plant could be dangerous for people who are allergic to nuts

18 Challenge #5 Economic Hazards
GMO seeds are patented (must buy each year) This presents problems for poor farmers in both the developed and developing worlds. Large companies like Monsanto have resorted to suing small farmers found to be using their seed without paying. Suicide Seeds In order to compete with the global market, farmers are forced to by GMO seeds. Problem – some seeds they buy are infertile and yield NO CROPS. 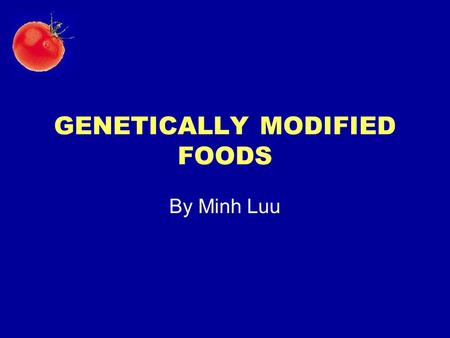 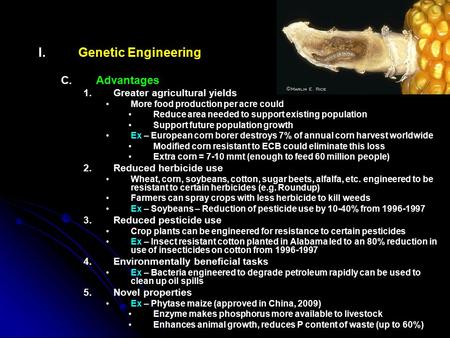 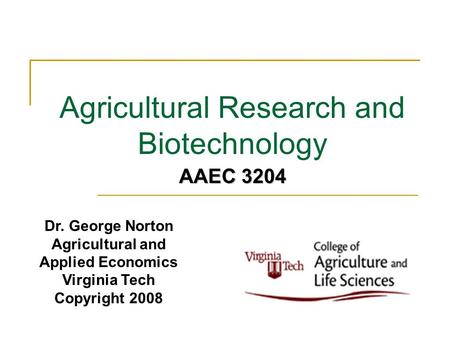 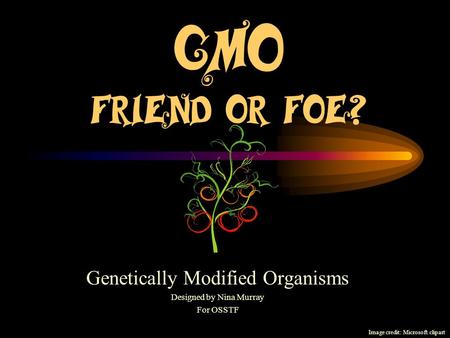