1 Copyright (c) 2003 by Allyn & Bacon1 Sociology Sixth Edition Chapter Twelve Race & Ethnicity This multimedia product and its contents are protected under copyright law. The following are prohibited by law: any public performance or display, including transmission of any image over a network: preparation of any derivative work, including the extraction, in whole or in part, of any images; any rental, lease, or lending of the program.

2 Copyright (c) 2003 by Allyn & Bacon2 Chapter Overview §Laying the Sociological Foundation §Theories of Prejudice §Global Patterns of Intergroup Relations §Race and Ethnic Relations in the U.S. §Looking Toward the Future

3 Copyright (c) 2003 by Allyn & Bacon3 Laying the Sociological Foundation §Race - a group with inherited physical characteristics that distinguish it from another group. §Race is a myth, a fabrication of the human mind. l No race is superior to others. l No “pure” race exists. §The idea of race is no myth, it is a powerful force in our lives.

4 Copyright (c) 2003 by Allyn & Bacon4 Ethnic Groups §Ethnicity - people who identify with one another on the basis of common ancestry and cultural heritage. §Ethnic work - how people construct their ethnicity. §The melting pot - many groups quietly blending into a sort of ethnic stew.

6 6 Minority and Dominant Groups §Minority groups - people who are singled out for unequal treatment and who regard themselves as objects of collective discrimination. §It has nothing to do with numbers. §Dominant groups - they have the greatest power, most privileges, and highest social status.

7 Copyright (c) 2003 by Allyn & Bacon7 Prejudice & Discrimination §Discrimination - an action. §Unfair treatment directed against someone. l Individual - negative treatment of one person by another. l Institutional - discrimination woven into society. §Prejudice - an attitude. §A negative prejudging. §Racism - when the basis of discrimination is race.

10 Copyright (c) 2003 by Allyn & Bacon10 Psychological Perspectives §Frustration and Scapegoats - prejudice is the result of frustration, and scapegoats become targets of blame. §The Authoritarian personality - highly prejudiced people are insecure, conformist, submissive to superiors, and have deep respect for authority.

11 Copyright (c) 2003 by Allyn & Bacon11 Sociological Perspectives §Functionalism - prejudice is functional for society and creates group solidarity. §Conflict Theory - divisions among workers deflect anger and hostility away from the capitalists and toward minority groups. §Symbolic Interactionism - labels we learn color the way we see people.

13 Copyright (c) 2003 by Allyn & Bacon13 Segregation, Assimilation, and Multiculturalism §Segregation - the formal separation of racial or ethnic groups. §Assimilation - the process by which a minority group is absorbed into the mainstream culture. §Multiculturalism - permits and encourages racial and ethnic variation. §Groups maintain separate identities yet fully participate.

17 Copyright (c) 2003 by Allyn & Bacon17 Latinos §Today, Latinos are the second largest minority group in the U.S. §The U.S. has become one of the largest Spanish speaking nations in the world. §For Latinos, country of origin is very important. §The group is fragmented within itself, and at odds with the African American population.

19 Copyright (c) 2003 by Allyn & Bacon19 African Americans §African Americans have made remarkable gains since the Civil Right Movement. §Despite the gains, they continue to lag behind in politics, economics, and education. §Social Class is now becoming more important than race in determining the life chances of African Americans.

21 Copyright (c) 2003 by Allyn & Bacon21 Asian Americans §From the time of their arrival to the U.S., Asians have suffered discrimination. §Today, Asian Americans are the fastest growing minority in the U.S. §They have a higher income than any other racial-ethnic group. §Their children are most likely to be raised in a two parent family.

24 Copyright (c) 2003 by Allyn & Bacon24 Looking Toward the Future §The color line remains one of the most volatile topics facing the nation. §The U.S. has both welcomed immigration and feared its consequences. §Affirmative action has had a modest impact. §In a true multicultural society, minority groups will participate fully while maintaining their cultural integrity. 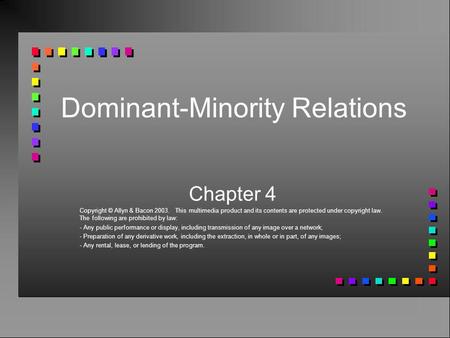 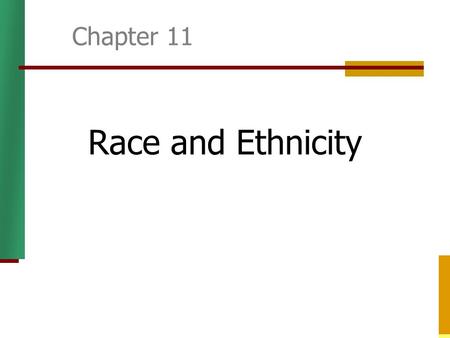 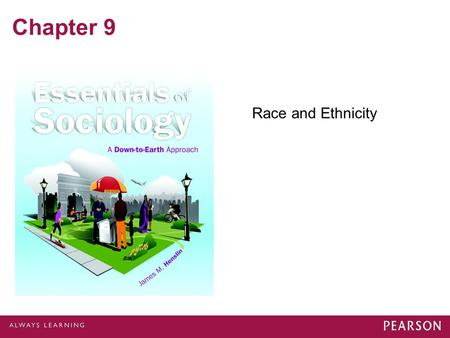 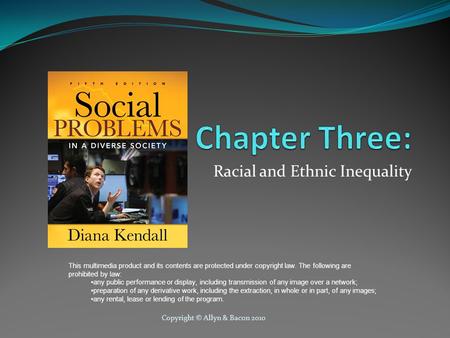