2 Constructive Response Question
Describe China’s geography and give examples as to how the Chinese adapted to it?

3 What will we learn? Geography of China
The earliest dynasties (Xia, Zhou, Shang) Development of Chinese culture

5 Geography & Culture Setting the Stage:
China’s first city walls were built 1000 years after the walls of Ur, the great pyramids, and the planned cities on the Indus River. Unlike most cultures on earth, the civilization that began in China 4000 years ago still thrives there today.

8 Geography & Culture River Systems Huang He (Yellow River) in the north
Deposits large amounts of yellowish silt called loess. Loess is blown by winds from deserts into the river

10 Geography & Culture Chang Jiang (Yangtze) in central China
Flows east from the Yellow Sea At 3,988 miles long, it is the longest river in Asia

15 Geography & Culture The Development of Chinese Culture
Fossils show that modern humans lived in SW China 1.7 million years ago According to legend, the first Chinese dynasty, The Xia Dynasty, started about 2000 B.C. Chinese viewed everyone outside of their culture as barbarians Viewed themselves as center of civilized world Chinese name for China was Middle Kingdom Family is central to Chinese society; respect for one’s parents Women treated as inferiors Girls were arranged to be married between 13 and 16

17 Geography & Culture No links between spoken and written language
One could read Chinese without being able to speak the language All parts of China learned the same system of writing even if spoke different language thus unifying parts of China Needed to know 1500 characters just to be considered literate; scholars knew 10,000 characters

20 Geography & Culture Zhou and the Dynastic Cycle
1027 B.C. a people called the Zhou overthrew the Shang, culturally similar Zhou believed in Mandate of Heaven or divine approval to rule Mandate of Heaven became central to Chinese view of government This helped explain the dynastic cycle: a pattern of rise, decline, and replacement of dynasties if the spirits did not approve of one king’s rule

25 Geography & Culture Result: China’s culture has been shaped by the geography surrounding it’s people. A highly evolved culture that began with the Xia, Shang, and Zhou Dynasties will become one of the world’s oldest. This unique people will be regularly disrupted by rise and fall of governments, that will later be known as the dynastic cycle. Our studies in this unit will focus on 5 of those dynasties: The Qin, The Han, The Tang, The Song, and the Yuan.

26 Constructive Response Question
Describe China’s geography and give examples as to how the Chinese adapted to it? 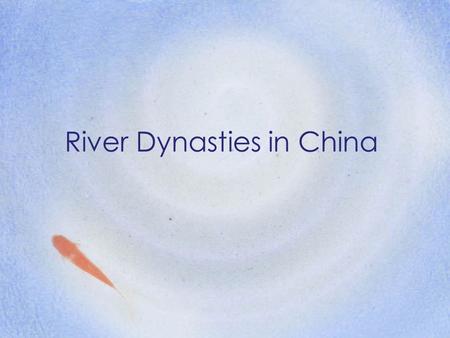 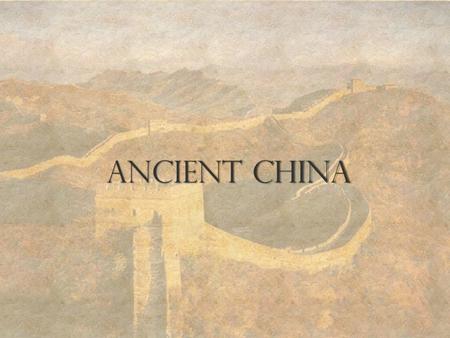 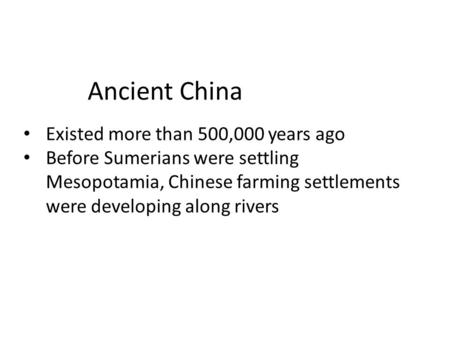 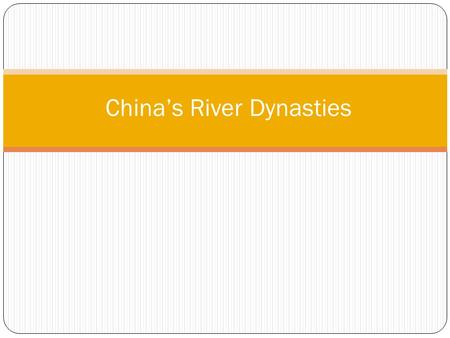