6 THE DEFINITE ARTICLE We use the: with nouns when talking about something specific. with nouns which are unique (the sun, the Acropolis, etc.). with names of 1.cinemas (the Odeon), 2.hotels (the Hilton), 3.theatres (the Plaza), 4.museums (the Louvre), 5.newspapers/magazines (the Guardian), 6.ships (the Titanic), 7.organisations (the United Nations), 8.galleries (the National Gallery).

11 ZERO ARTICLE We don’t use zero article: In the technical literature, especially in instructions even if they are stated informally. e.g. Supply the correct adaptor for the different standard of telephone plug. with uncountable and countable nouns in concrete sense. e.g. For the first time, oil is reported on the shores of Seward, at the head of Resurrection Bay In advertisements and signatures to photos e.g. Very demanding but challenging role for articulate secretary bursting with enthusiasm! Experienced, confident secretary needed by disorganized lawyer in well-established legal practice! In culinary recipes 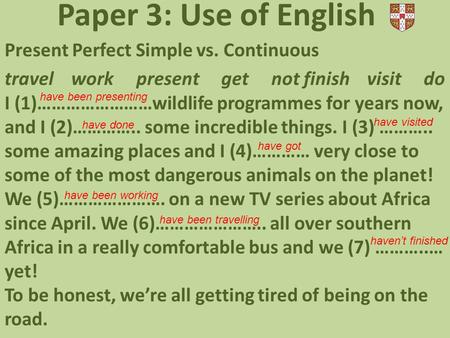 Paper 3: Use of English Present Perfect Simple vs. Continuous 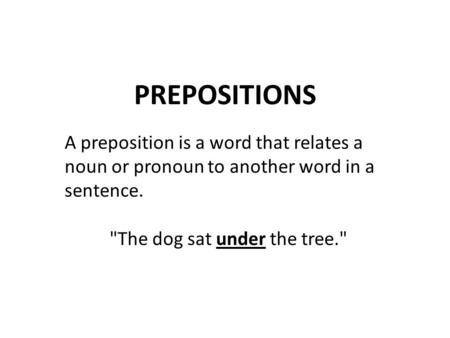 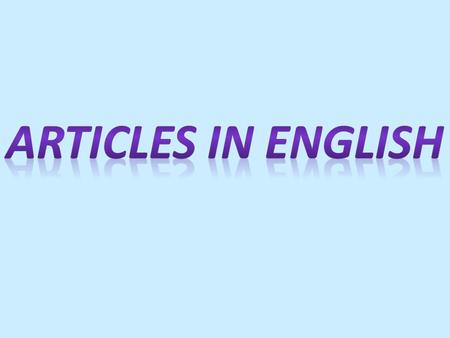 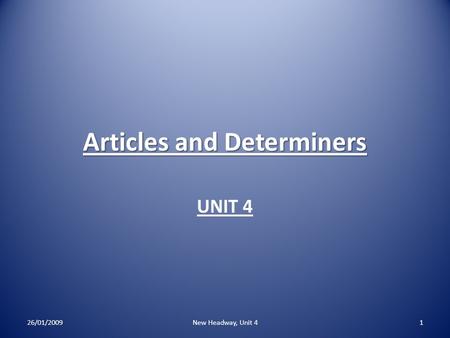 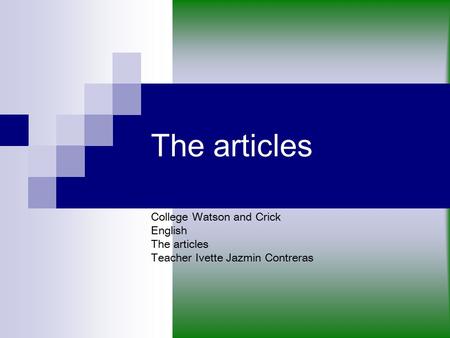 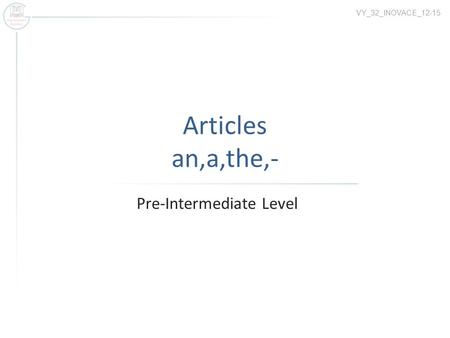 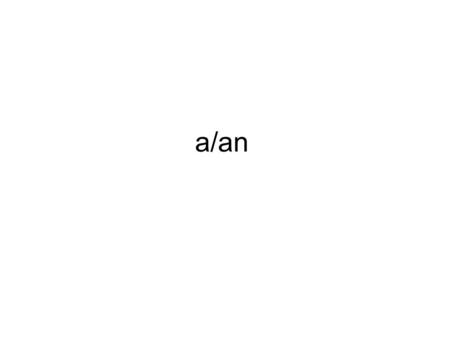