Presentation on theme: "Sociology of Gender Conference Andrew Carvajal. Questions about theory? What you always wanted to know about gender and feminist theory but were afraid."— Presentation transcript:

2 Questions about theory? What you always wanted to know about gender and feminist theory but were afraid to ask!

3 Applying the Theories How can we explain this using the different theoretical perspectives?

5 Sociobiology Men have a biological predisposition to gain access to a wide variety of women (promiscuity) / spend little time with their sexual partners They are never certain of their paternity Don’t need to spend much time with their offspring Men seek sex workers when courting is unsuccessful Males will be highly attracted to women who look young, as they are the most likely to be at their reproductive peak

16 Multicultural Feminism Looks at the race factor of this phenomenon and how it may too influence oppression Also class An expression of not just males wanting to dominate women, but also whites wanting to dominate other races Transnational sex work as a result of sex, race and class dominance Coloured and third world women as the ultimate sexual object They are the most subordinated individuals in the social order Their bodies can be manipulated and denigrated in any way men want Not all women suffer oppression in the same ways

18 Postmodern feminism Sex work as a social construction based on a gender binary of the privileged vs. the unprivileged Man/woman; client/sex worker Sex work reinforces gender as do so other cultural and individual tendencies of the day-to-day living Queer theory Heterosexual sex as a ground where men assert power over women and impose their sexuality upon them Sex work as contained within the realm of compulsory heterosexuality

Download ppt "Sociology of Gender Conference Andrew Carvajal. Questions about theory? What you always wanted to know about gender and feminist theory but were afraid." 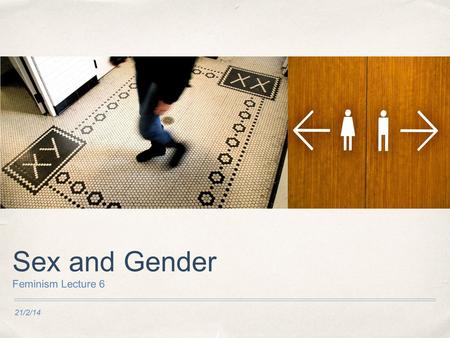 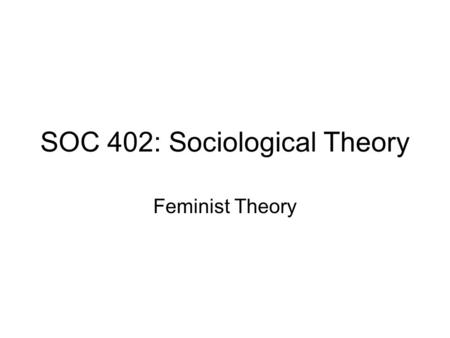 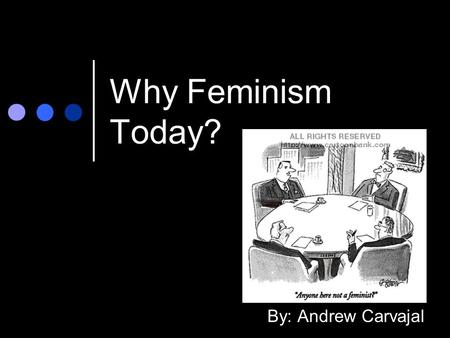