2 Recap Social construction of gender
Look at social structures such as media, work and education Considered Liberal and socialist feminism Introduced patriarchy as a form of oppression

6 Violence against women
Not random acts by a few men but a key element in male power Violence and/or threats of violence are used to control women Sexual violence is a continuum Domestic violence, sexual harassment, pornography, prostitution, rape etc are all linked

9 Rape on Trial 1 in 4 women suffer rape or attempted rape.
97% of callers to rape crisis centres knew their assailant (usually they are current/ex-husbands/ partners) Less than 7% had reported the assault to the police Only 5% of rapes reported to the police end up in a conviction Lees S (1996) Carnal Knowledge Penguin

13 Continuum of violence? To what extend do you think it is useful to think of violence against women as a continuum?

15 The family system For Millet, patriarchy is a socially conditioned belief system which appears to be natural. It arises from and is reinforced by the perpetuation of heterosexual family The ideals of romantic love helps men to exploit and undermine women

18 How do you think the different elements support or undermine each other? Discuss this with you neighbour.

21 Discuss the advantages and disadvantages of seeing women as a social group with common interests. 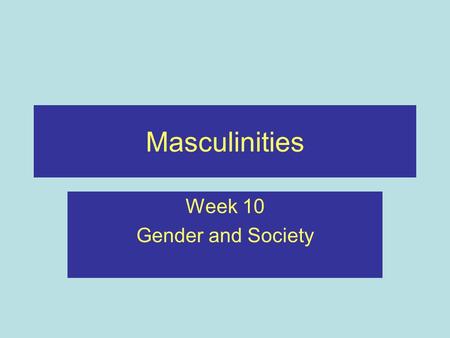 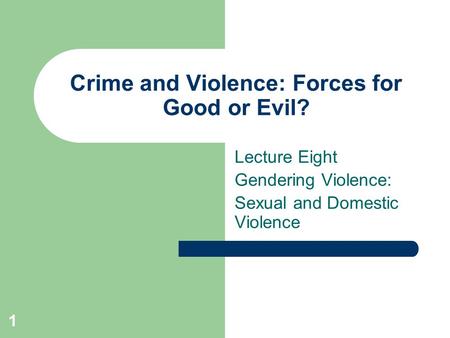 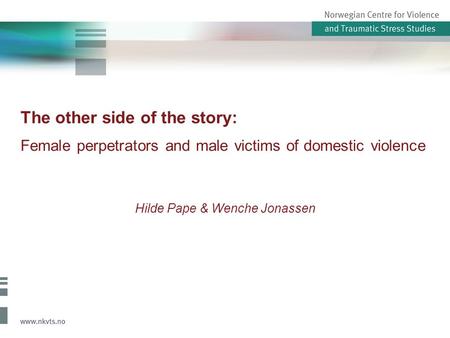 The other side of the story: Female perpetrators and male victims of domestic violence Hilde Pape & Wenche Jonassen.