Presentation on theme: "The Continents and Oceans of the World"— Presentation transcript:

1 The Continents and Oceans of the World

2 1. Continents and Ocean A continent is one of the seven large landmasses on earth.

4 3. Continents and Oceans An ocean is one of the five major bodies of water on earth.

6 The Seven Continents; Africa
Africa is the second largest continent.  The continent is divided into 53 different countries.

8 The Seven Continents: Antarctica
Antarctica is located at the South Pole.  It is the fifth largest continent.  There are no countries on this continent.

9 Antarctica If you like snow and ice, you will love it here…. Despite the frigid cold, some animals survive here.  Here are some animals that love this land. People do not live on this continent.  Only groups of scientists will come for periods of time to study this frigid land.

10 The Seven Continents; Asia
Asia is the world’s largest continent Asia makes up nearly 1/3 of the Earth's land mass.  Asia is made up of 48 countries.  These countries are very different and their cultures have little in common.

11 Asia Some parts of Asia, like Russia, are very cold. There are other parts of Asia near the Indian Ocean that are warm and tropical. Asia has more people than any other continent.  In fact, 2 out of every 3 people on Earth live in Asia. All the main religions of the world began in Asia.  Among the most famous is Buddhism.

14 The Seven Continents; Europe
Europe is the sixth largest continent.  This continent is made up of 46 countries.

15 Europe In Europe you can see Big Ben, The Eiffel Tower, and the ruins in Italy.     In Europe, the people of each country have their own language, customs and culture.  You can travel from one country to another by train and hear languages like Spanish, Greek, French, German, and Italian to name only a few.

17 North America  The land of North America goes from the frigid area of the Arctic Circle to the Tropical rain forest of Central America. In between there are beautiful mountain ranges, deserts, plains and magnificent cities. The people are very diverse. Most of the people in Canada and the United States are immigrants. There are many different animals found throughout this continent.

18 The Seven Continents; South America
South America is the fourth largest continent.   There are 13 countries that make up this continent.

20 There are five oceans. The oceans cover two thirds of our Earth and hold all but 3% of the Earth`s water.

22 The Five Oceans; The Arctic Ocean
The Arctic Ocean is the smallest and shallowest of the five oceans. It borders North America, Europe and Asia. Part of the year it is covered by sea ice.

23 The Five Oceans; The Indian Ocean
The Indian Ocean is the third largest of the world’s oceans. It borders Africa, Asia, and Australia. It covers about 20% of water on the Earth’s surface.

24 The Five Oceans; The Pacific Ocean
The Pacific Ocean is the largest ocean. It extends from the Arctic the north to the Southern Ocean in the south. It also borders Asia and Australia in the west, and North and South America in the east.

Download ppt "The Continents and Oceans of the World" 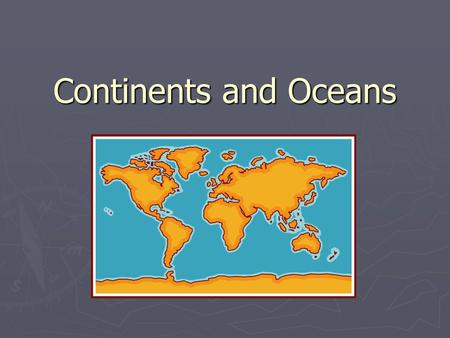 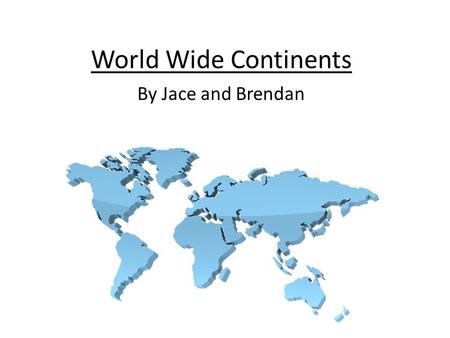 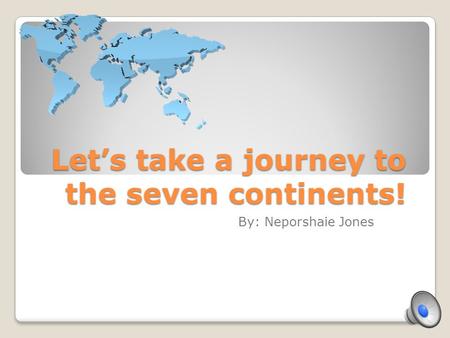 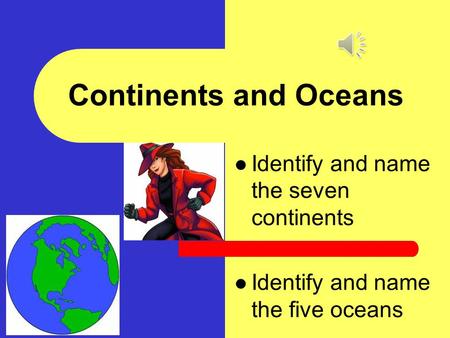 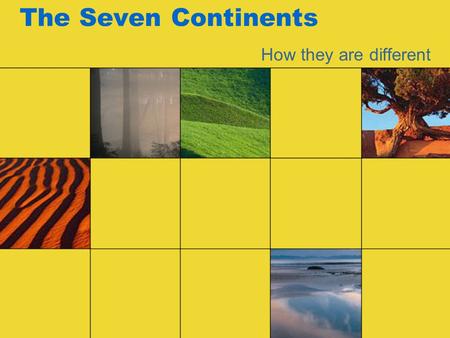 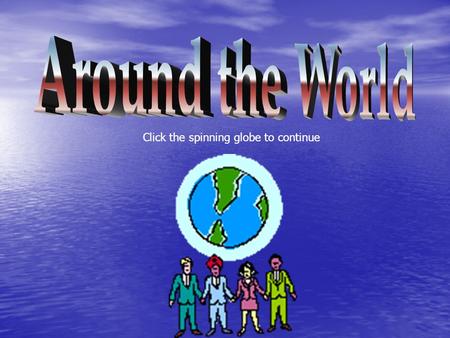