5 Keyboard Keyboard is the most common and widely used for input devices. It is made up of buttons called 'keys'. The keys are arranged into sections, for example : Alphabet keys Command keys (insert, delete, home, end, page up/down)

6 BACK Mouse Mouse is the most common and widely used for input devices.
A mouse has two buttons, a right and left one and also a central wheel which allows you to scroll up and down the page. The left one have different function to the right one, the left clicking usually lets you to choose a menu item and the right clicking brings to the menu to select the task. Tracker ball Tracker ball are particularly easy for who like to limited their movement in their hands. Joystick Joystick is popular for the gamers, who wants to be a controllers in the games. BACK

7 Digital Camera A digital camera takes pictures and can usually record video too. The pictures it takes and the videos recorder are been stored in files. Microphone A microphone can be used to input sound. Scanners Scanners can be used to copy the images or text on paper into a digital format that can be used by the computer.There are two type of scanners are : Flatbed Scanners Handheld Scanners

10 Magnetic Ink Character Recognition (M.I.C.R)
Magnetic Ink Character Recognition are often use in bank to check the cheque number. This will been provides a high level of the security. The M.I.C.R will only recognize numbers printed in a standard font by using the magnetic ink for checking. Optical Character Recognition (O.C.R) An O.C.R system is a normal scanner with some special software. When the scanner scan piece of paper into the computer and when it’s finish the O.C.R software then examines the page and changes the letters into a form that can be edited or processed by a normal word processing package.

11 BACK Optical Mark Reader (O.M.R)
Optical Mark Reader interprets the pattern of marks then sends the results to the computer for analysis and reporting. Magnetic Stripe Readers Magnetic strips are usually found at the back of most credit cards. The Magnetic Strip Reader can read personal details about the card number such as account number and name. Barcode Readers A Barcode Reader is an automatic input device which is use to scan or read the barcode. The barcode doesn’t contain the price of the item. BACK

13 Monitor A monitor (or screen) is the most common use for output devices. The picture on a monitor is made up of thousands of tiny colored dots called pixels. The higher the number of pixels, the better quality of the output. Printers Printers are another common output devices. Most of the printers produce their output on paper but that doesn’t mean that the printer can do there printing only on the paper.

14 BACK Laser Printers Laser printers are used in many workplaces
because they can print a large number of sheets very quickly and they produce high quality documents. Laser printers are quite expensive too because there produce a high quality of output and quiet fast. Ink-Jet Printers Ink-jet printer are cheap and this are common use at home. The color that it’s been printer out doesn’t need to be perfect. Dot-Matrix Printers Dot-Matrix are the first type of printers that had been used at homes and schools but now as the technology goes on they are not used much nowadays. Dot-matrix printer are noisy and low quality. BACK

15 BACK Plotters Plotters are a type of printer which is able to
draw a high quality images on a very large pieces of paper. The paper were about 3 foot wide and 10 foot long. The people who want to buy or use this plotters need to know how to use it as well. Plotter are been used by the engineers, architects and map- makers to draw plans of buildings, diagrams of machines or large scale maps Speakers Speakers usually produce a much higher quality of sound than the internal speaker. BACK 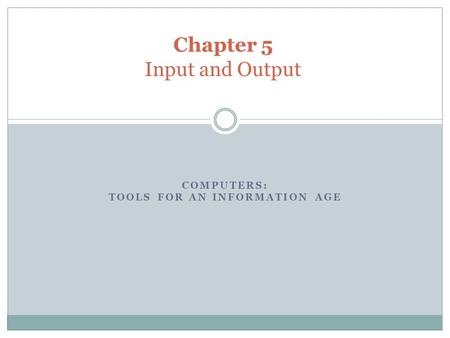 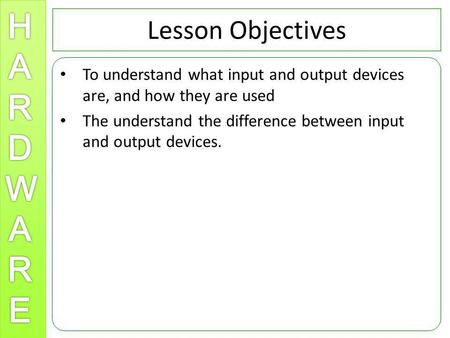 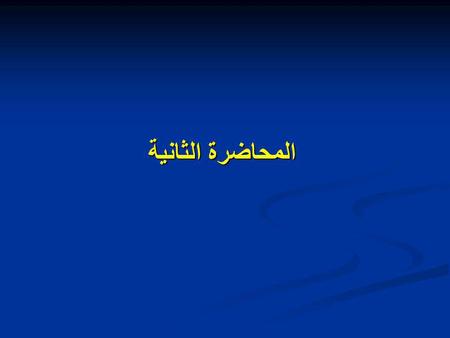 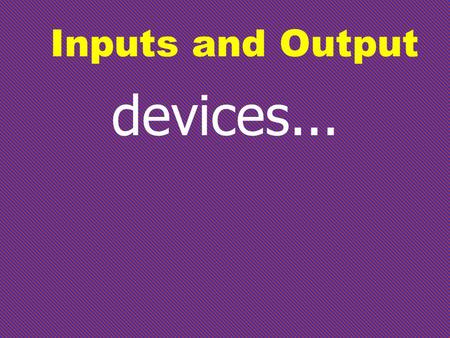 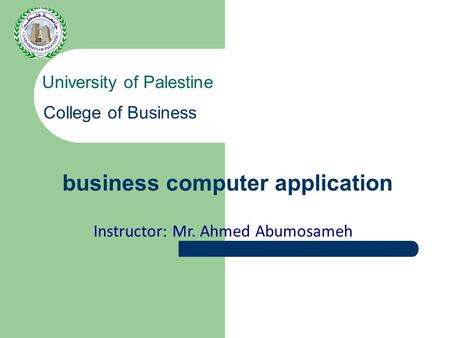 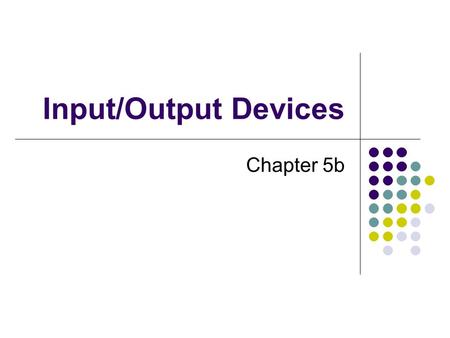 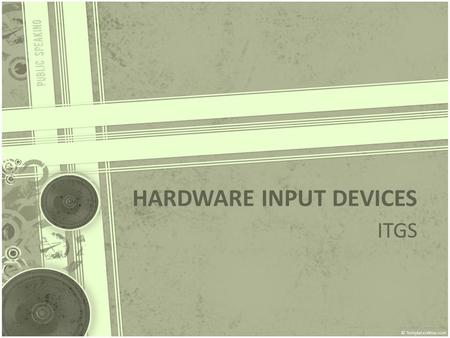 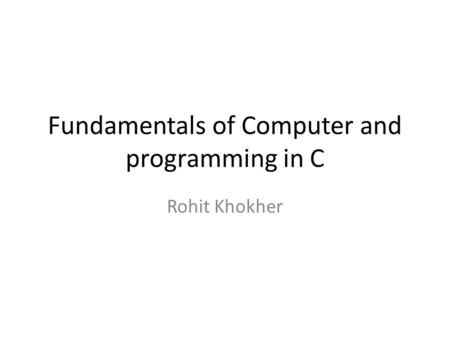 Fundamentals of Computer and programming in C Rohit Khokher. 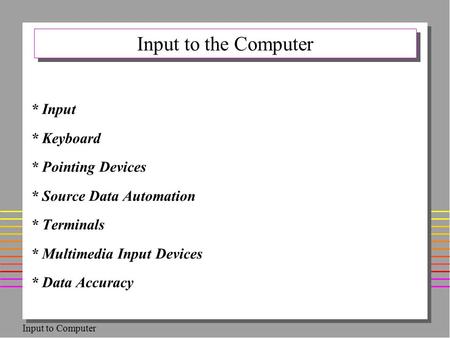 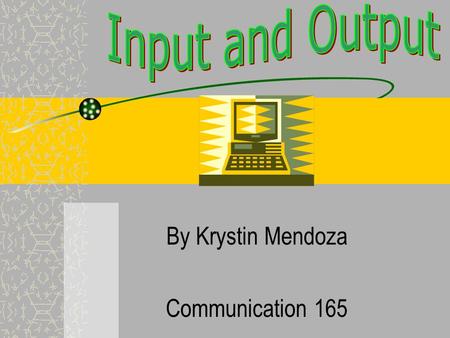 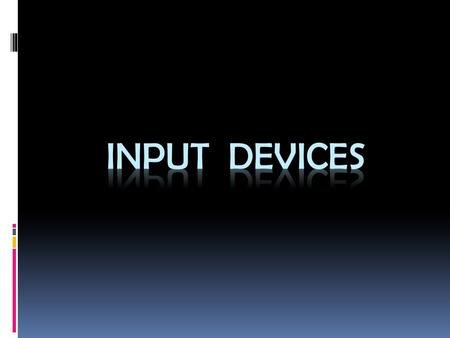 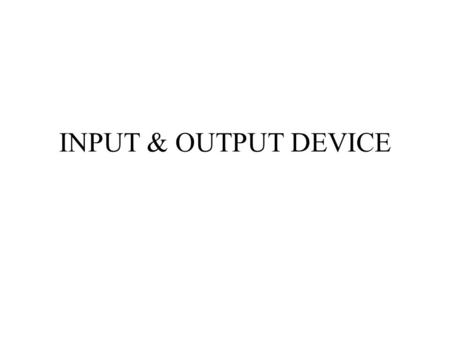 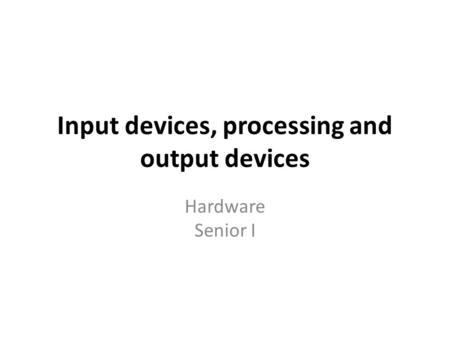 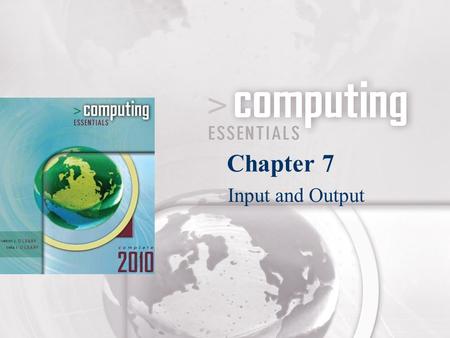 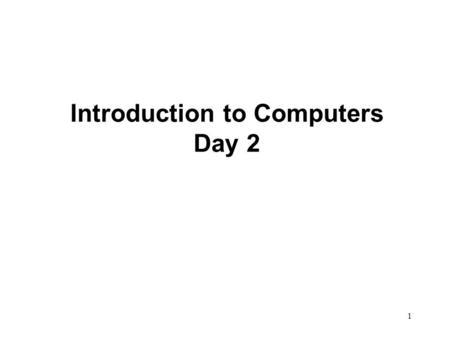 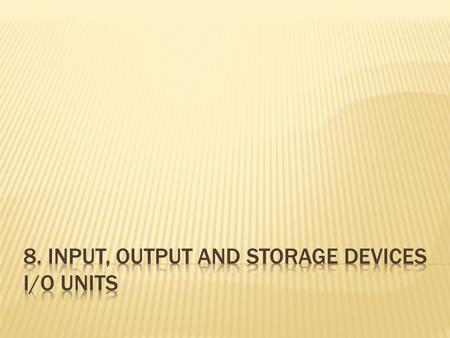 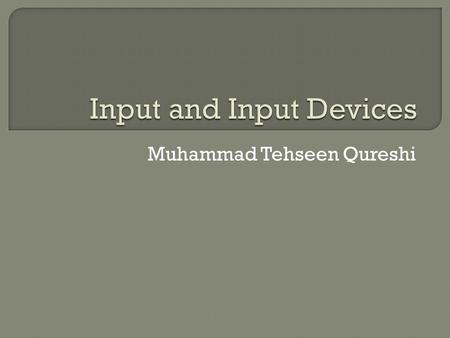 Muhammad Tehseen Qureshi.  What is input?  Input device is any hardware component that allows users to enter data and instructions  Data or instructions. 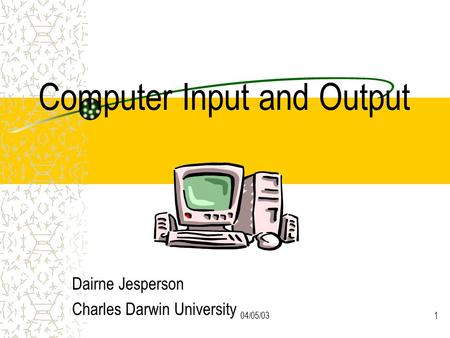 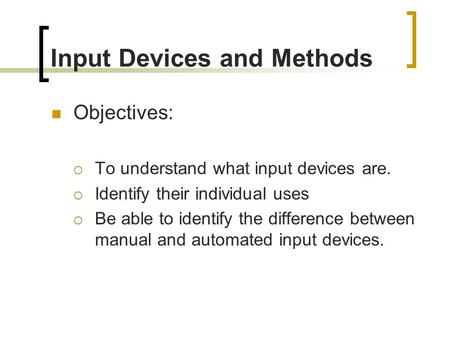