3 Federal District Courts Lowest level of federal court This is the trial court, the first to hear the dispute Has the power to use the facts and to make initial determination of the law to use in deciding the case

4 Federal Courts Of Appeals Have jurisdiction over the district courts, certain specialized federal courts, and many federal administrative agencies. Do not accept any new evidence or call witnesses. Instead they review all the facts and oral arguments of the attorneys to reach a decision. There are 13 Federal courts of appeal, 12 of these are circuit courts and the 13 is dedicated to the “federal circuit” 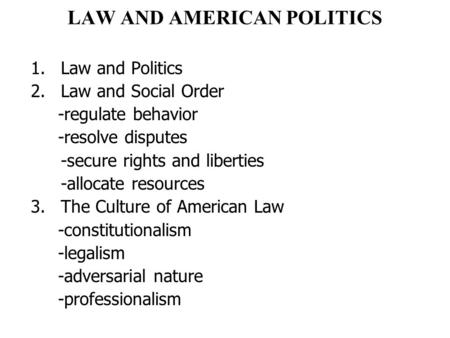 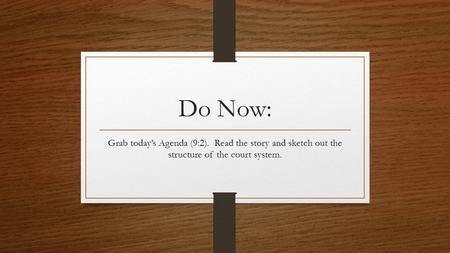 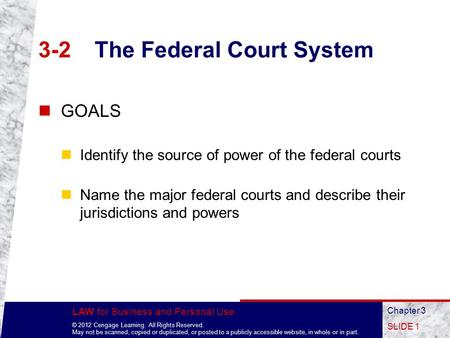