4 Bengal Tiger Facts At 2-3 years of age Bengal Tigers are fully grown and males reach 440-510 pounds and up to 9.8 feet in length; females weigh 285-375 pounds and are up to 8.2 feet long. The tail is about 3 feet long. The orange-brown color with black stripes is not only on the Tiger's fur, but also on its skin. The belly is white with black stripes. Bengal Tigers have yellow irises and white Tigers have blue eyes. Reproduction Mating can occur at any time, but happens to be usually between November and April. The females can have cubs at the age of 3-4 years; males reach maturity in about 4 years. After the gestation period of 103 days, 2-5 cubs are born. Newborn babies weigh about 2.2 pounds and are blind and helpless. The mother feeds them milk for 6-8 weeks and then the cubs are introduced to meat. Cubs of Bengal Tigers depend on the mother for 1.5 years and then they start hunting on their own. Lion Facts Typically a mature male stands 4 feet at the shoulder and is 8.5 feet long,plus tail. He'll average 450 pounds. Females are considerable smaller, weighing less than 300 pounds. Adult lions usually have a plain unspotted coat, light brown to dark ochre in color. Cubs are marked with spots which sometimes persist on the legs and belly until they are fully grown. Male lions have a brown mane, which tends to grow darker and fuller as the animal ages. The tail has a black tuft at the end. "White" lions occasionally occur in the Transvaal region of southern Africa, but these are not true albinos. Reproduction Subadult males are driven out at 2-1/2 to 3 years of age and may go in a group with other males. Females mature in about two years, males a few years later. All big cats are induced ovulators, i.e. release of the ovum is brought about by the act of mating. The period of gestation for the lioness is between 105 and 118 days and usually three or four cubs will be born. Only one in five will survive the first year. When game is scarce the dominance hierarchy based on size and age quickly becomes apparent. The youngest die first. Life span in the wild is 15-18 years, in captivity 25-30 years. Cougars are large, muscular cats. They average 7 to 9 feet in total length of which up to a third is tail and weigh between 150 and 200 pounds when full grown. An adult cougar is tan colored with black coloration on the sides of it's muzzle, the backs of the ears, and the tip of the tail. Cougar kittens are mottled with black spots and have ringed tails until they are about 6 months old Cougar Facts Reproduction Cougars begin breeding at about 3 years of age and may mate during any season. Typical litters of 1 to 6 kittens are born after a gestation period of 82 to 98 days. Their eyes open in 8 or 9 days and the young are weaned in 2 to 3 months, though the kittens may remain with the mother into their second year. Diet Cougars are secretive, solitary hunters that feed primarily on white-tailed deer but will also eat smaller game such as opossums, rabbits, mice, and even insects if food supplies are limited. Diet They hunt in groups and eat big game like: Buffalo, Zebra, Wildebeest, Gazelle, Antelope, And Waterbuck Diet They eat Man, Deer, Pig, Crocodiles, young Elephants, Rhinos, Monkeys, Leopards, and Bears. 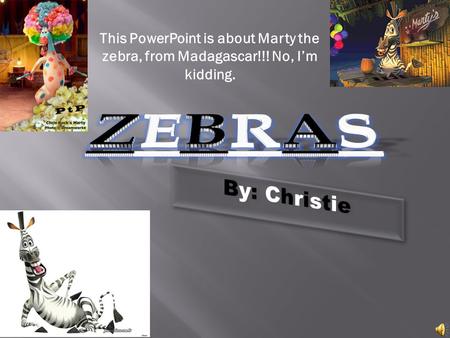 This PowerPoint is about Marty the zebra, from Madagascar 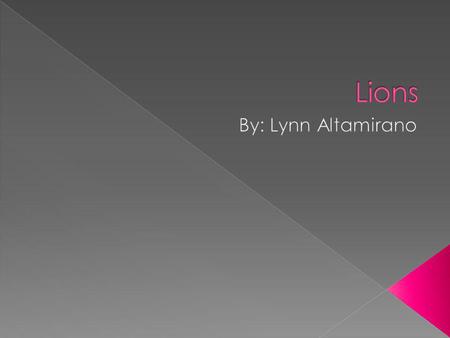 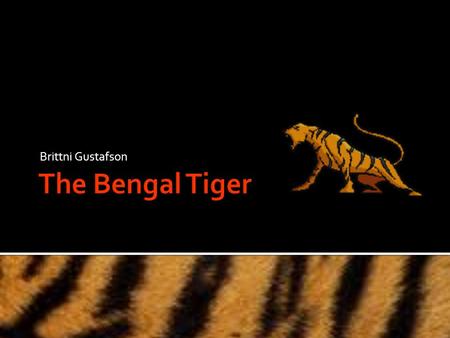 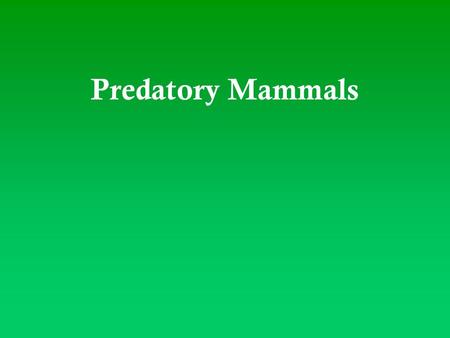 Predatory Mammals.  Mammals that kill and eat the other animals  Help out food chain by killing rather than starving overpopulated animals  Most are. 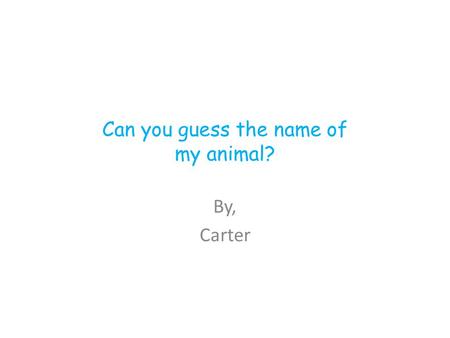 Can you guess the name of my animal? By, Carter. Animal Group It belongs to the animal group called Mammals. 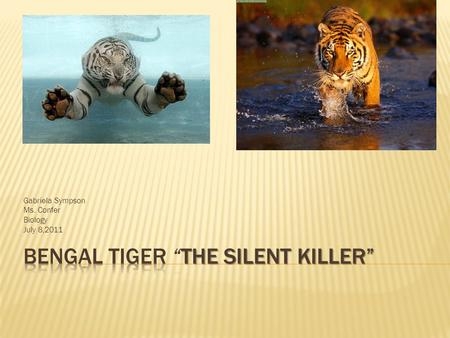 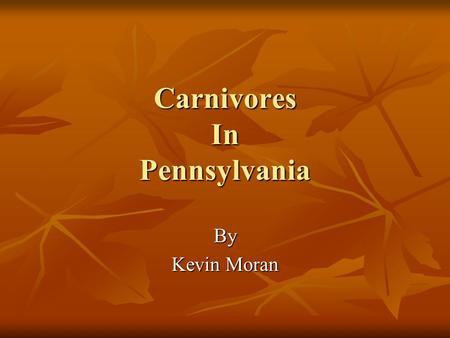 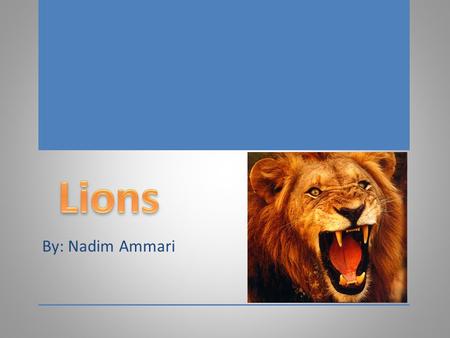 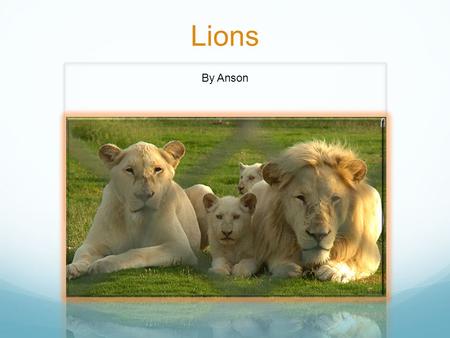 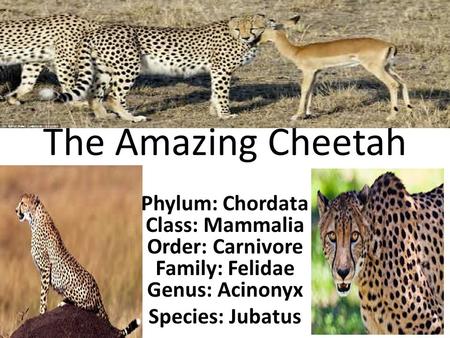 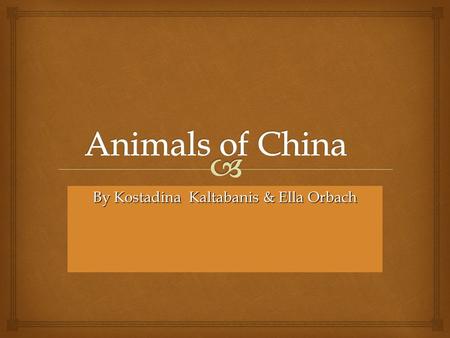 By Kostadina Kaltabanis & Ella Orbach.  China is an interesting and important place. Its animals are important too. For example the panda is one of China’s. 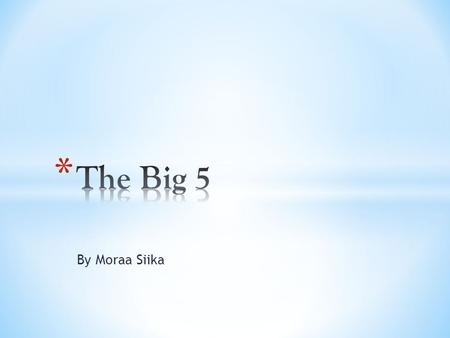 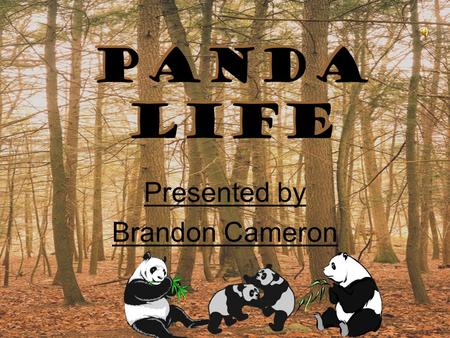 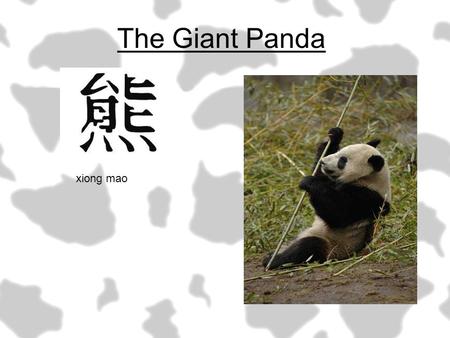 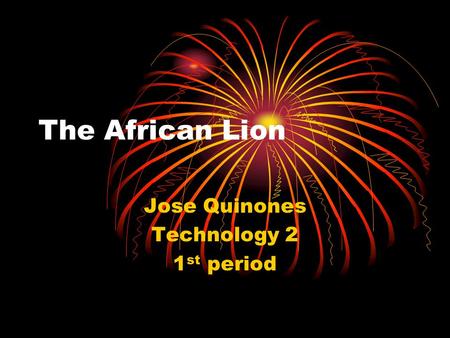 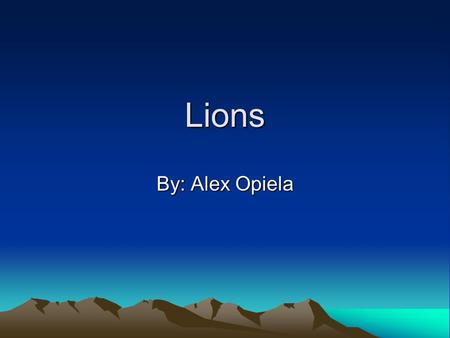 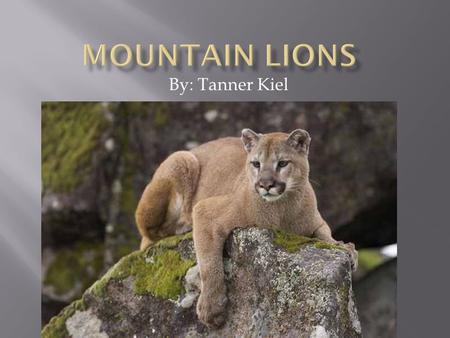 By: Tanner Kiel. Mountain lions can be called Cougars, Pumas, Panthers, or Mountain cats. They are currently moving towards us, there has been some spotted. 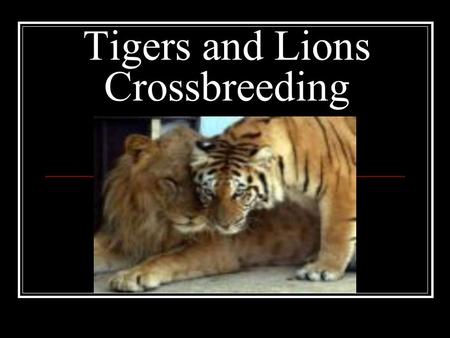 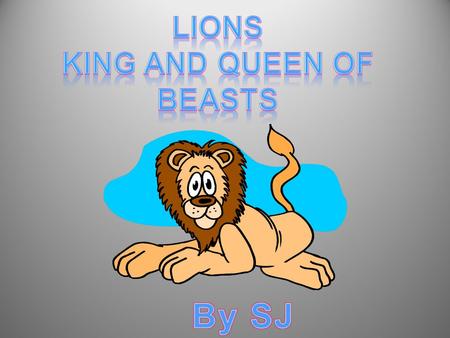 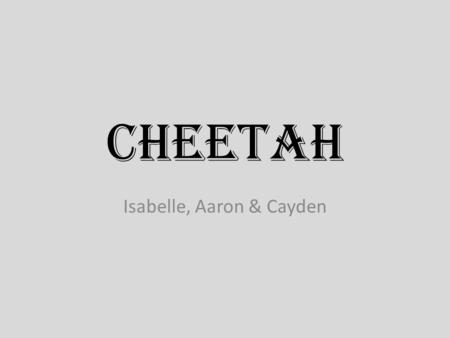