4 We do the same thing in English
For example: I am You are He is I jump You jump He jumps Most verbs in English only need to an –s on the end of the verb for he/she/it. All of the other conjugations are usually the same thing.

5 In English we always have to include the pronoun (I, we, you, they, etc) right before to the verb. In Spanish it is not necessary but it is helpful to know how to say the pronouns. We will not go over all of them here. Yo Tú Él/ella Ellos/ellas Nosotros/nosotras Vosotros/vosotras

6 We will be learning a lot of verbs in Spanish, but for right now, this is the only one to work on.
Soy (I am) Eres (you are) Es (he/she/it is)*also used for usted Somos (we are) Sois (you [guys] are-Spain) Son (they are/you [guys] are) 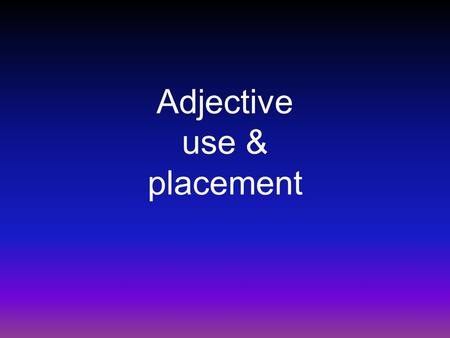 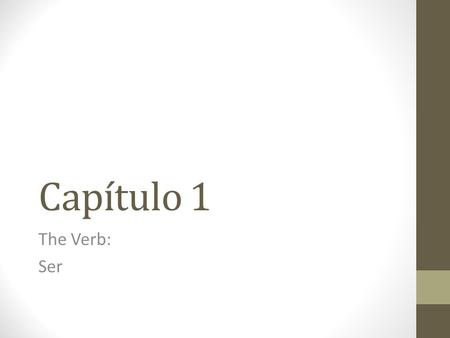 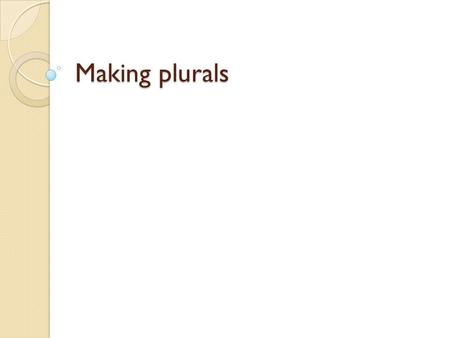 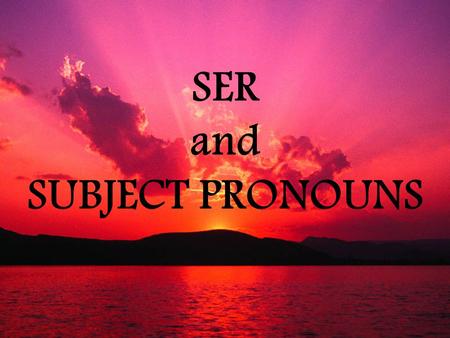 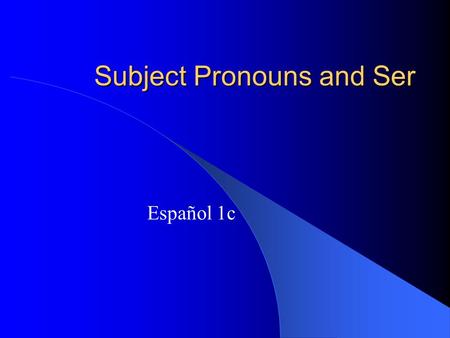 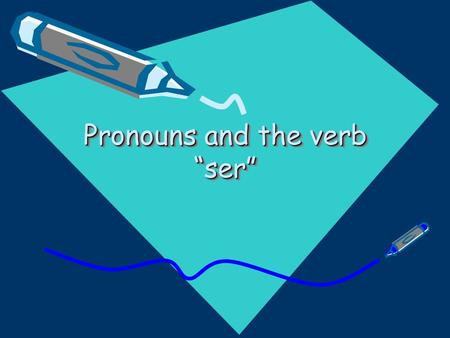 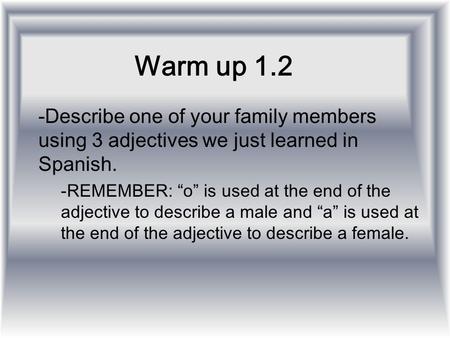 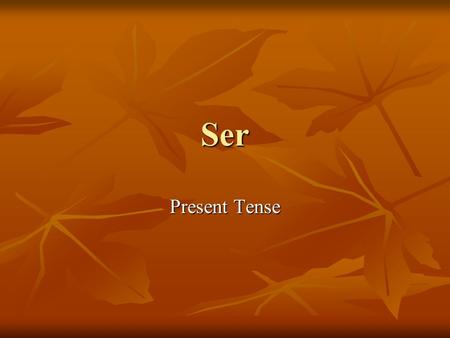 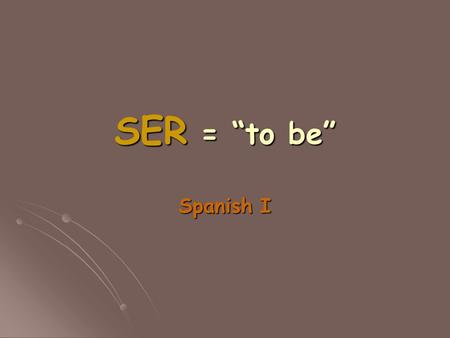 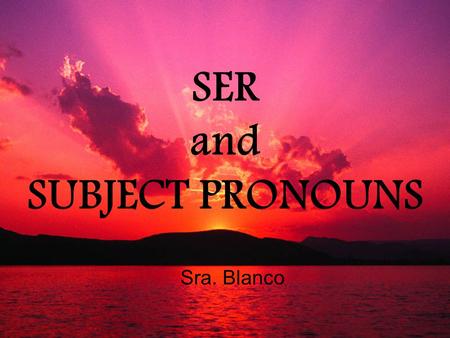 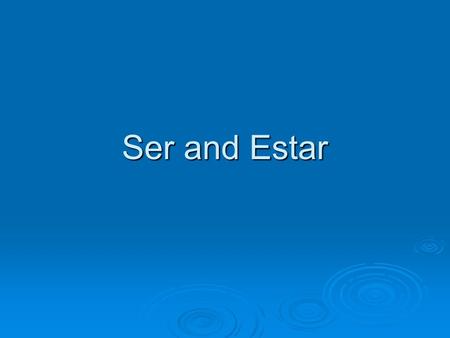 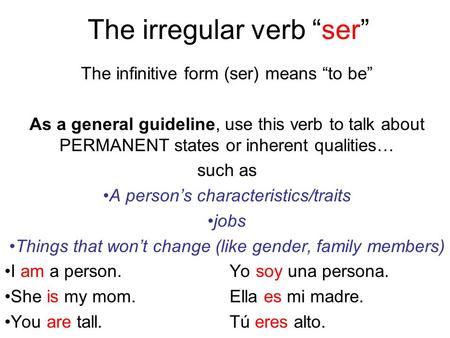 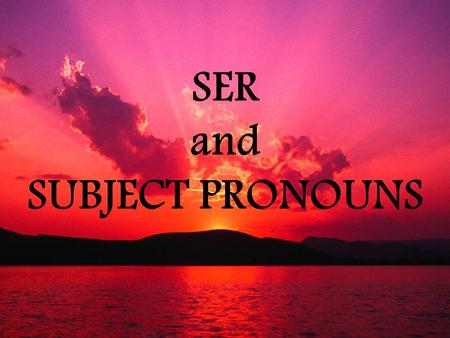 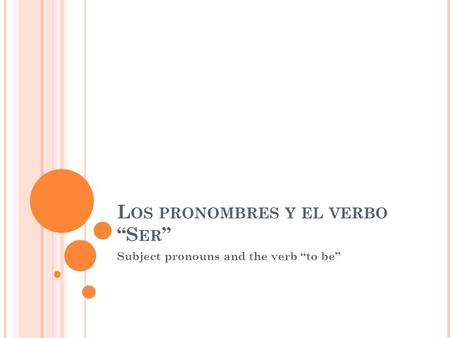 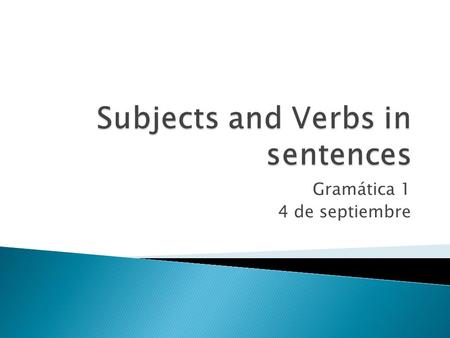 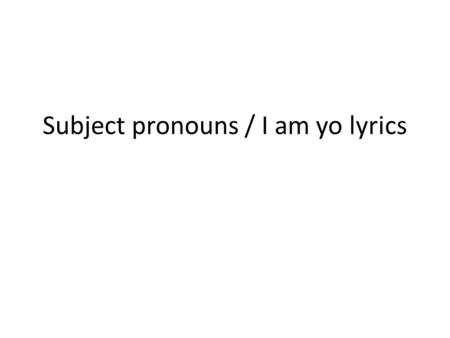 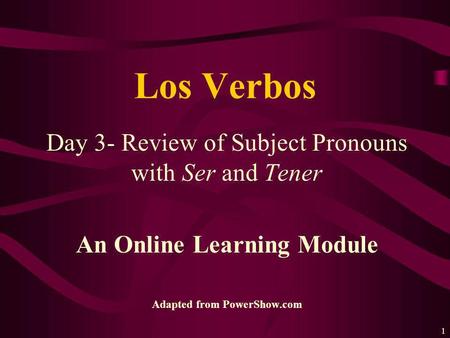