2 The ESPON 2013 Programme and its Priorities

6 Themes for the first round of applied research Cities and urban agglomerations: their functionality and potentials for European competitiveness and cohesion Development opportunities in different types of rural areas Climate change and territorial effects on regional and local economies Effects of energy price increases on regional competitiveness Demographic and migratory flows affecting European regions and cities Territorial Impact Assessment of policies

13 Launch of actions Operational Programme was adopted by the European Commission on 7 November 2007 The ESPON 2013 Programme and the first calls for action were launched on 21 January 2008 in Bruxelles The following calls were opened: Call for Proposals on applied research (6 projects) Call for Interest form stakeholders in targeted analysis based on ESPON results Call for Proposals on a project on the ESPON 2013 Database Call for Interest on the Knowledge Support System (pool of experts involved in project sounding boards)

24 Cultural and creative professions/GDP per capita

31 Further information Thank you for your attention Please visit www.espon.eu Participate in survey on applied research themes You can for free access all ESPON material, including The ESPON database, maps and tools All synthesis documents and project results Calls for Proposals and Expression of Interest 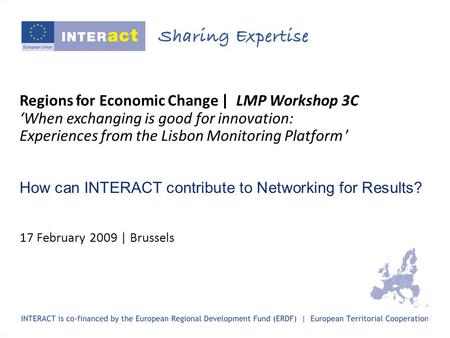 Regions for Economic Change | LMP Workshop 3C When exchanging is good for innovation: Experiences from the Lisbon Monitoring Platform How can INTERACT. 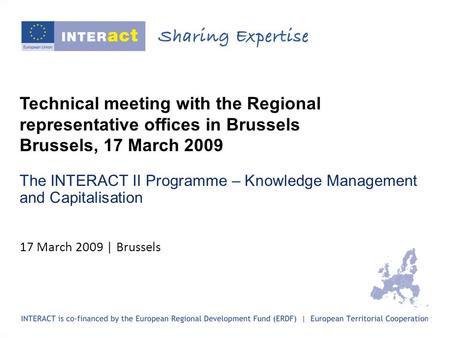 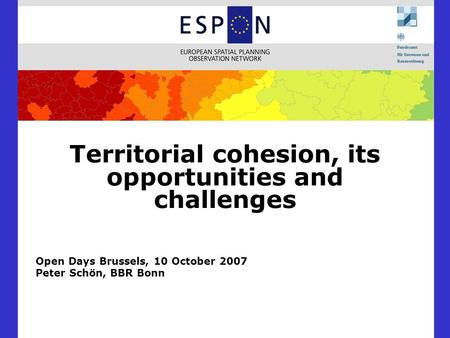 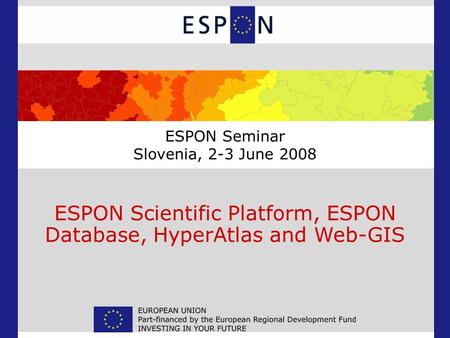 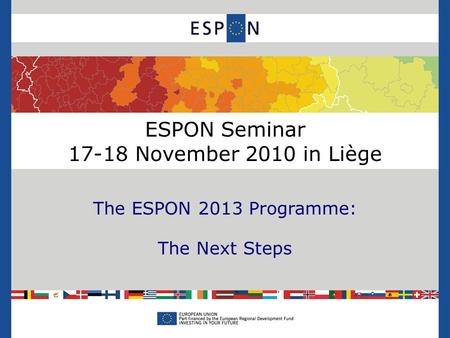 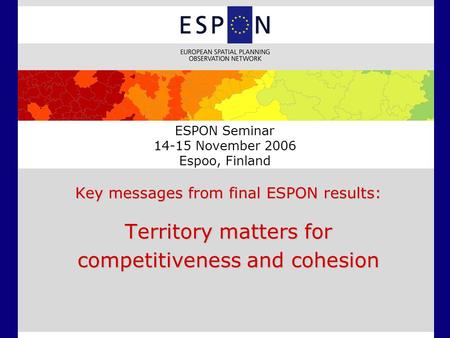 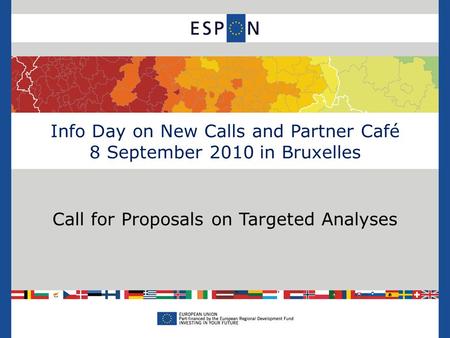