2 Classical Argument Began in ancient Greece, approximately fifth century B.C. Communicated orally and designed to be easily understood by listeners Based on formal logic, including the syllogism Six main components

3 The 5 Canons By the time of the great Roman orator Cicero, 5 parts of discourse (The Canons of Rhetoric) have been named: Inventio Dispositio Elocutio Memoria Pronuntatio

6 Emotional Appeals (Pathos)
An analysis and understanding of common emotions

9 Classical Argument: Six Elements
1) Introduction: captures attention of audience; urges audience to consider your case 2) Statement of Background: narrates the key facts and/or events leading up to your case 3) Proposition: states the position you are taking, based on the information you’ve already presented, and sets up the structure of the rest of your argument 4) Proof: discusses your reasons for your position and provides evidence to support each reason 5) Refutation: anticipates opposing viewpoints; then demonstrates why your approach is the only acceptable one (i.e. better than your opponents’) 6) Conclusion: summarizes your most important points and can include appeals to feelings or values (pathos)

11 Elocutio (Style) Syntax- the arrangement of words into groups. Also specified patterns, such as parallelism and antithesis; the use of conjunctions and coordinating devices; and euphony (pleasing arrangement of sounds by manipulating vowel and consonant combination and rhythmical patterns). Romans also considered figures of speech (called tropes and schemes) that they meticulously identified and named.

12 Memoria Memoria is the term for aspects involving memory in Western classical rhetoric. The word is Latin, and can be translated as "memory". Memoria was the discipline of recalling the arguments of a discourse, the use of various mnemonic devices to assist speakers, and writers Memorizing One's Speech Centuries ago, ancient orators had to memorize and present speeches without the help of note cards or crib sheets. Note taking, as a way to remember certain things, was looked down upon in ancient cultures. Ancient Greeks believed that relying on writing or taking notes weakened the mind and memory. Using memory during a speech can also affect how the orator influences the audience. When the speaker addresses the audiences relying solely on their memory, they build a certain amount of ethos within the relationship.

13 Memoria Memoria in relation to ethos during a speech situation can be described as a certain amount trustworthiness felt between the audience, as well as a level of similarity, authority, or expertise that the orator has over the audience. Making One's Speech Memorable Keeping a Treasury of Rhetoric The third element of memory has to do with using quotes, facts, or anecdotes that could be used in future speeches, or writing. A professional orator or author is known to always have a treasury of rhetoric close at all times.

14 Pronuntatio (Delivery)
The Romans were also taught how to gesture and manage their voices. They learned specific rules and principles that all good orators were expected to know and use. Today this canon refers to the medium in which the argument is delivered: spoken, written, visual, etc.

16 Induction “Wow! My dog smells terrible! She was outside all night, and around midnight I smelled skunk at the back of the house. I heard her barking loudly, too. That’s definitely a skunky smell on her. She must have tangled with that skunk.” This person has amassed sufficient, relevant, and reliable evidence to draw her conclusion.

17 Deduction Deduction involves premises- statements upon which parties agree, which when considered logically, lead to a strong conclusion.

18 The Syllogism Three-part deductive argument, in which conclusion follows from two premises A straightforward example: Major premise: All people have hearts. Minor premise: John is a person. Conclusion: Therefore, John has a heart.

21 The Enthymeme The enthymeme is a contextual, rhetorical concept that depends on a question at issue, a claim, a reason, and an unstated premise that necessitates attention to the audience’s values An enthymeme is a claim supported by a reason expressed as a because clause.

22 Logic in Analysis You use logical appeals when you quote the text and cite scenes from the novel or from secondary sources to support your ideas about your topic (character, themes, motifs, etc.)

25 Toulmin Model: Three Components
Claim = the main point or position Data = the evidence supporting the claim, aka the reasons Warrant = an underlying assumption or basic principle that connects data and claim; often implied rather than explicit

27 Uh-oh, a potential snag…
What if my parents don’t “buy” my warrant? What if they don’t think they should necessarily do what other parents are doing? How can I still get permission to attend the party? Or at least have a better chance of getting permission?

28 Try new data and a new warrant.
What might be more convincing data for an audience of parents? What might be a warrant that most parents will share?

31 Rogerian Arguments:Structure
Introduction: statement of problem to be solved or question to be answered Summary of Opposing Views: described using a seemingly objective persona Statement of Understanding: concedes circumstances under which opposing views might be valid Statement of Your Position Statement of Contexts: describes contexts in which your position applies/works well Statement of Benefits: appeals to self-interest of readers who may not yet agree with you; demonstrates how your position benefits them 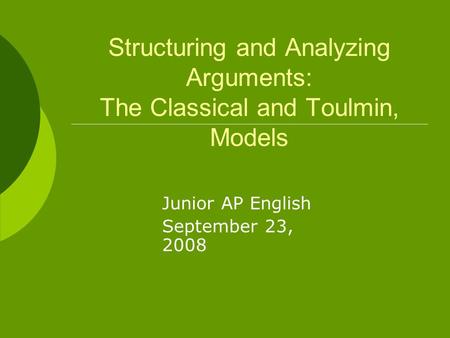 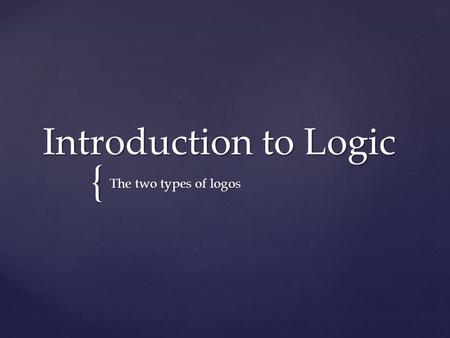 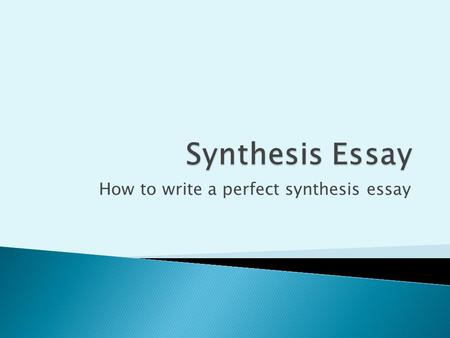 How to write a perfect synthesis essay.  The college Board wants to determine how well the student can do the following:  Read critically  Understand. 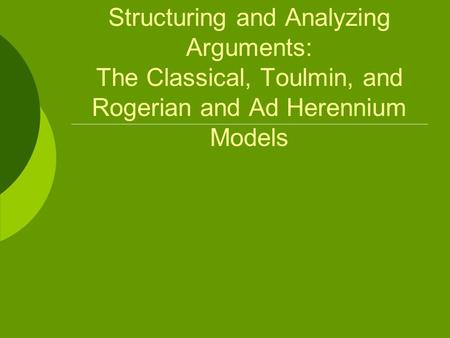 Structuring and Analyzing Arguments: The Classical, Toulmin, and Rogerian and Ad Herennium Models. 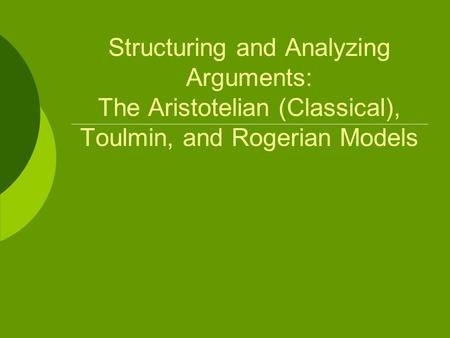 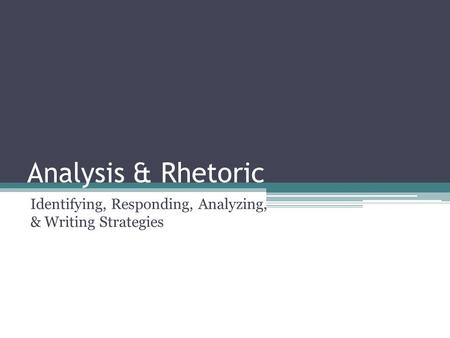 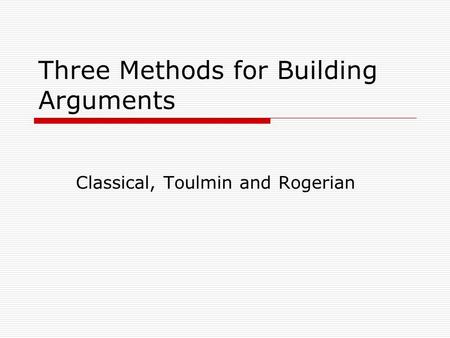 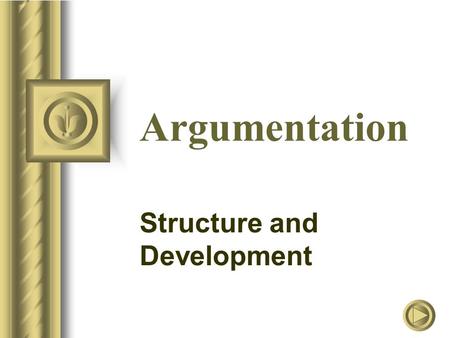 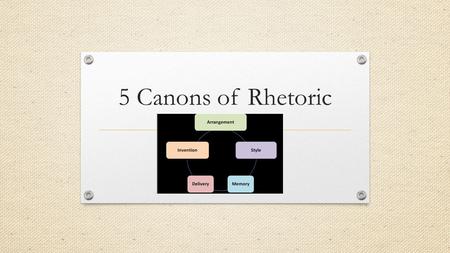 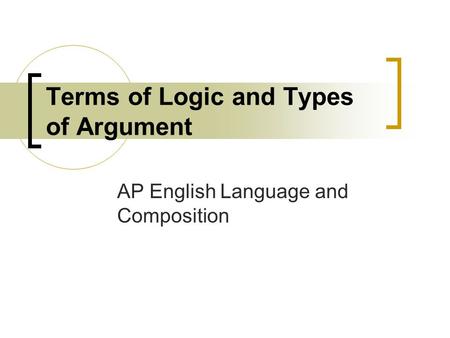 Terms of Logic and Types of Argument AP English Language and Composition. 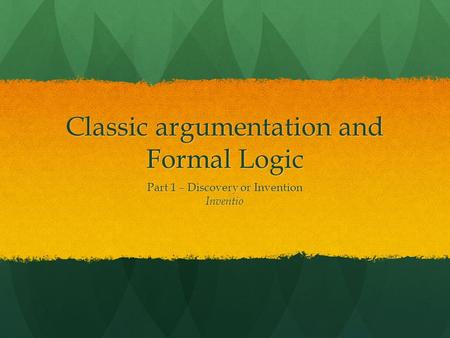 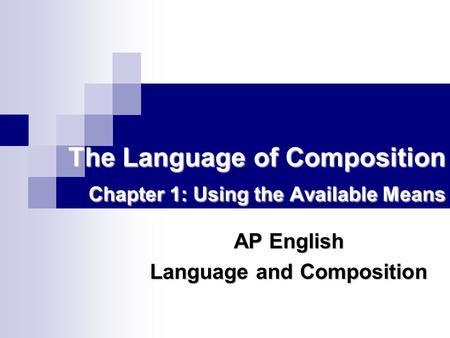 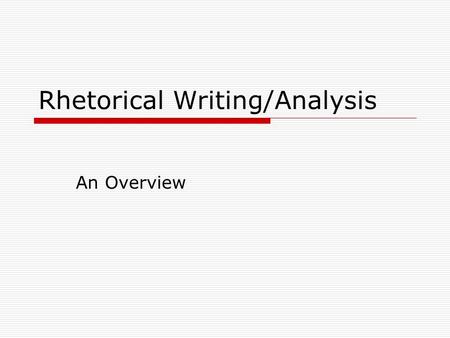 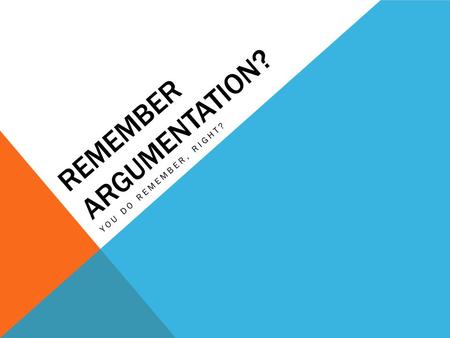 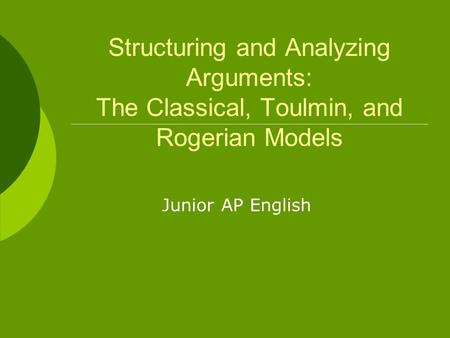 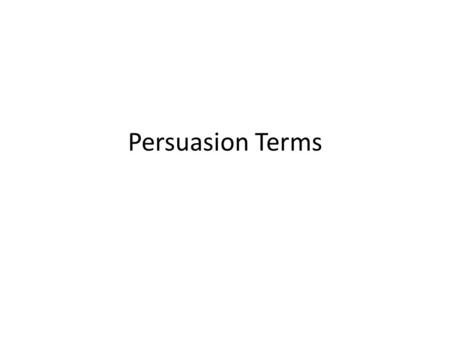 Persuasion Terms. Logos- The process of reasoning that uses logic, numbers facts and data. Pathos- When the writer appeals to the reader’s emotions Ethos- 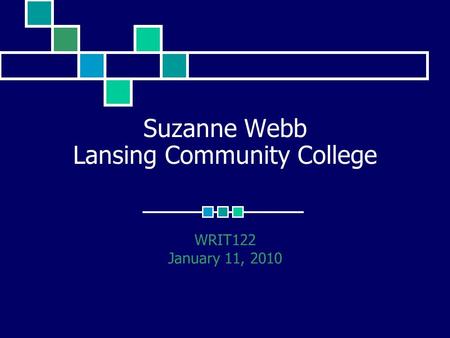