 a type of drama that shows the downfall or destruction of a noble character  That character is called the tragic hero.  The tragic hero possesses.

4  Tragic Heroes are:  Born into nobility  Responsible for their own fate  Endowed with a tragic flaw  Doomed to make a serious error in judgment (hamartia)

5  Eventually, all tragic heroes:  Fall from great heights or esteem  Realize that they have made an irreversible mistake  Meet a tragic death  Face and accept death with honor

7  Tragedies exaggerate human emotions and actions to show the worst of which we are capable  Tragedies focus on the individual, showing the heights to which humans can rise before they “crash and burn.”

8  Tragedies focus on an examination of order.  Order exists at the beginning of the tragedy.  Something happens that causes disorder.  Disorder exists until it is fixed by the death of the offender.  Order is restored at the end of the play.

10  describes the mood and conditions existing at the beginning of the play.  Identifies time and place  Identifies the main characters and:  their positions  circumstances  relationships to one another  In Shakespearean plays, it is contained within the first act.

11  the events that begin the conflict that will continue in the play  It often takes the form of a resolution on the part of the protagonist.  Generally ends the exposition.  In Shakespearean plays, it is contained within the first act. Romeo and Juliet meet (Act I scene v)

12  series of events leading up to the climax  provides a progressive intensity of interest for the audience  may involve more than one act  In Shakespearean work, is commonly within Acts I, II, and III. Romeo and Juliet get married (Act II scene v)

13  the turning point of the play  Is caused by earlier events  It causes the events that happen later in the play.  The tragic hero moves toward his/her inevitable end. Mercutio, Tyablt, and Romeo fight and Mercutio and Tybalt die. (Act III scene i)

Download ppt " a type of drama that shows the downfall or destruction of a noble character  That character is called the tragic hero.  The tragic hero possesses." 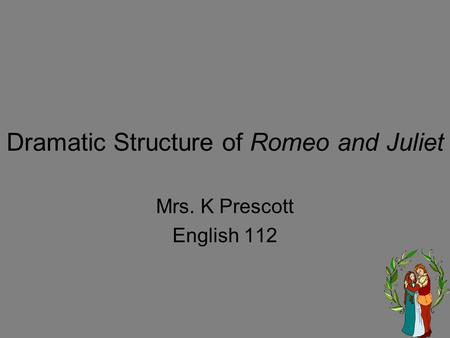 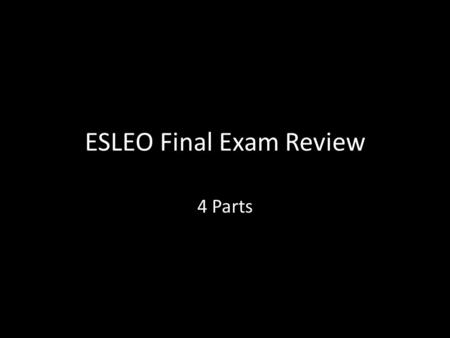 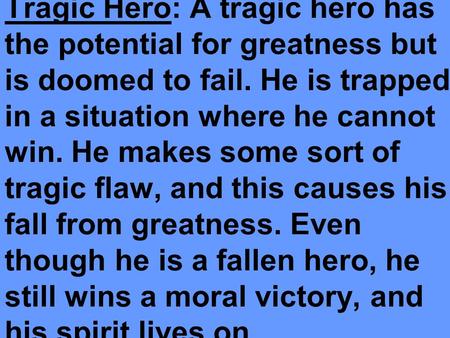 Tragic Hero: A tragic hero has the potential for greatness but is doomed to fail. He is trapped in a situation where he cannot win. He makes some sort. 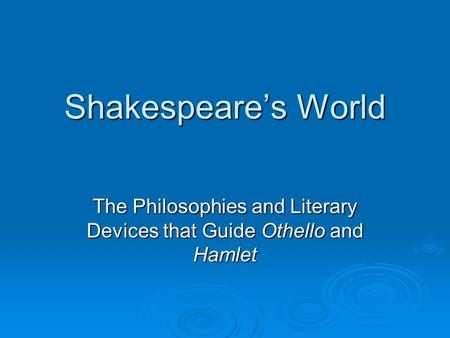 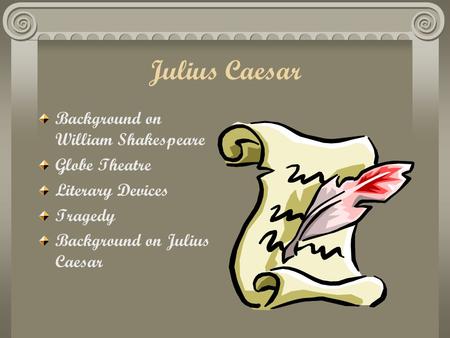 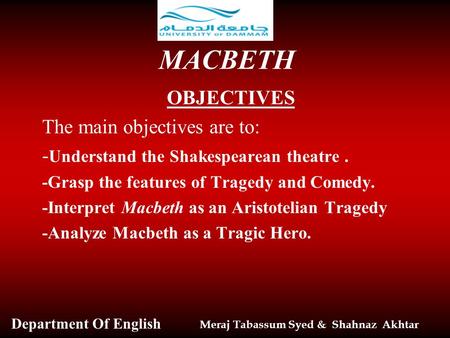 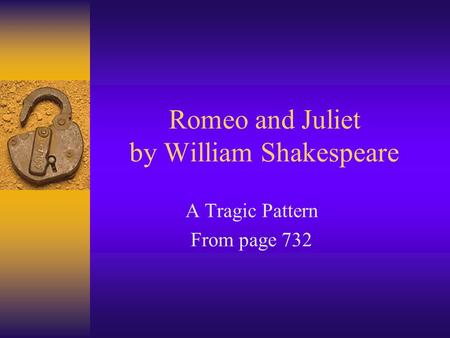 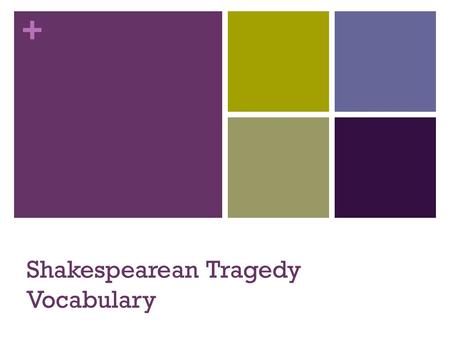 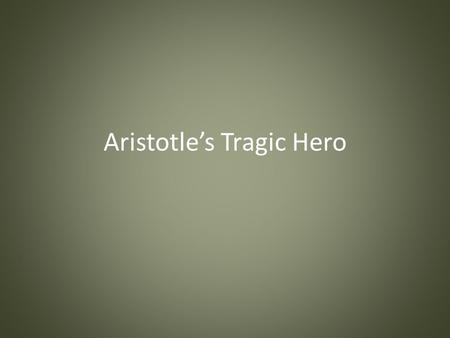 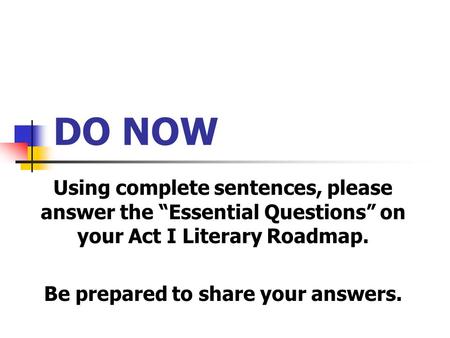 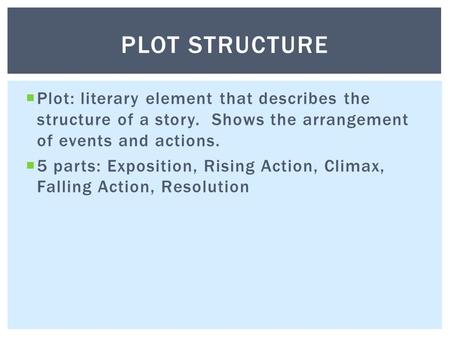