Presentation on theme: "Science is a way of learning about the natural world."— Presentation transcript:

1 Science is a way of learning about the natural world.
The body of knowledge that scientists have is always growing and changing.

2 Thinking Like a Scientist
Some of the skills that scientist use are posing questions, making observations and inferences, developing hypotheses, designing experiments, making measurements and collecting data, drawing conclusions, and communicating.

4 Making Observations and Inferences
Observation involves using one or more of the senses to gather information and collect data. Data are the facts, figures, and other evidence gathered through observations. Often a scientist’s observations and data lead to an inference, which is an interpretation of an observation based on evidence and prior knowledge.

5 Developing Hypotheses
Scientists may then develop a hypothesis, a possible explanation for observations or a scientific question. A hypothesis must be testable. A hypothesis can be worded as an If…then… statement. For example, you could develop the following hypothesis: If fertilizer is added to the soil surrounding a tomato plant, then the plant will grow taller.

7 Designing an Experiment to Test a Hypothesis
An experiment in which all variables except one remain the same is called a controlled experiment.

8 Making Measurements and Collecting Data
Scientists collect data by measuring and observing. They use a standard system of measurement called the International System of Units.

9 Interpreting Data Data must be organized and interpreted.

10 Drawing Conclusions This leads scientists to draw a conclusion, or sum up what they have learned from the investigation.

11 Communicating in Science
Finally, scientists communicate their results and conclusions to others. Conclusions often lead to new questions and new experiments.

13 Scientific Theories A scientific theory is a well-tested concept that explains a wide range of observations. Sometimes, further testing can prove a scientific theory to be faulty. In this case, scientists either revise or abandon the theory.

14 Laboratory Safety A very important part of a scientific experiment is observing safe laboratory practices. In general, laboratory safety means following instructions and making sure you understand all laboratory procedures before getting to work.

Download ppt "Science is a way of learning about the natural world." 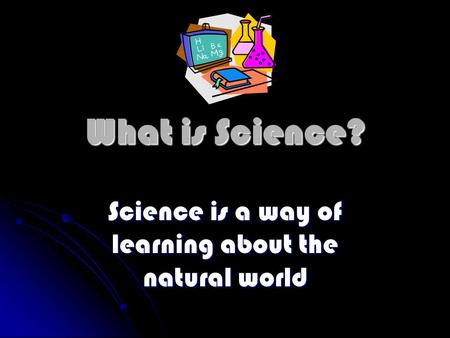 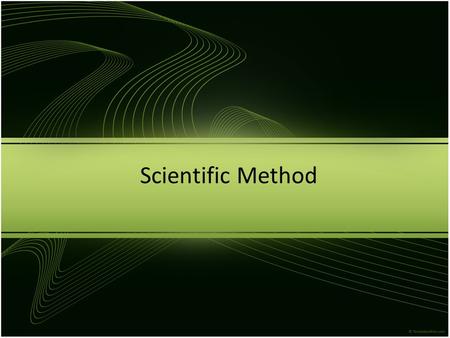