3 Effective Schools Forums Partnership: shared understanding of the priorities, issues and concern of schools, academies and LA. Effective Support by LA in an efficient and professional manner Open, honest and objective advice from LA Responsiveness to requests from school forum members Strategic View of the whole of the educational community whilst acting as representative of the group that has elected them Challenge and Scrutiny of proposals

6 School Funding Reform 2013/15 - Overview New Funding System introduced in 2013/14 that –ensures as much funding reaches schools as possible; –provides equivalent and consistent funding between maintained schools and Academies; and –supports the needs of pupils. Simplification of local formulae is a major change and the first substantive step towards a national funding formula 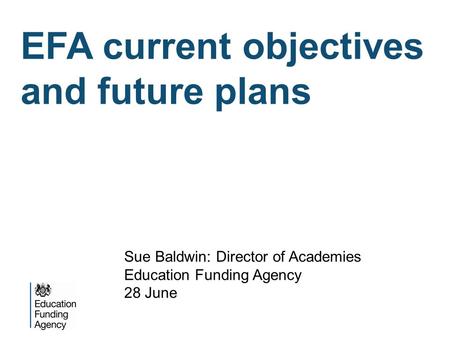