3 There are some key decisions remaining for 2012-13 Government has announced that the current funding system will largely remain in place for 2012-13: Academy funding system based on minimal change from 2011-12 Pupil premium eligibility and rate to be announced Funding settlement for 12-13 before end of the year – incl any MFG LACSEG consultation response and decision

5 Two main proposals, each with benefits and risks LA-level formula School-level formula aggregated Both main proposals involve linking funding for areas more closely to need, and maintain principle of equivalence between Academies and maintained schools Benefits Risks Move to reflect up to date characteristics More local flexibility on distribution Lack of transparency for Academies and other schools Risk that will lead to lack of equivalence over time Move towards fairness, with transparency at school level but with limited local flexibility LA remains co-ordinator of school forum - need to consider safeguards for Academy independence Pressure for convergence to formula may limit local flexibility?

6 Specific issues to be worked up further following consultation responses Make up of formula Per pupil element and how to calculated Deprivation factor EAL Area-cost approach Roles and responsibilities Definition of roles and responsibilities between schools and authorities Devolution of DSG funds to maintained schools to be aggregated by choice And proposal for national LACSEG rate Arrangements for transparency and local flexibility Role of school forum – options to improve transparency and fairness of representation Transparency of local-level formula – for benefit of schools and accountability, and to enable calculation of Academy budgets Limitations on local flexibility to prevent over-complex formulas High need pupils and Early Years Development of high needs block to meet changing needs And further reform to EY funding

7 Key areas of controversy in the consultation are focused on the role of the LA Role of the LA and Academy statusTiming for move to new system Key issue of diverging views on role of LA in co-ordinating schools forums Fears from Academies that will affect independence LAs see s development of role as a strategic commissioner, but will it work effectively while continuing to maintain schools? Many see benefits of some local flexibility, but need to balance with safeguards for independence At a time of tight budgets, any move will lead to winners and losers Support for change in this spending period strong, but also for delaying till next spending period Some elements of reform likely to be needed anyway for system to be sustainable How can make right arrangements for transition? 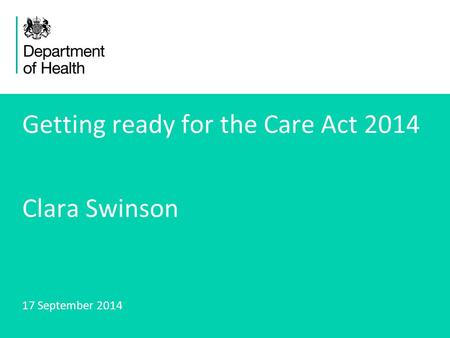 Getting ready for the Care Act 2014 Clara Swinson 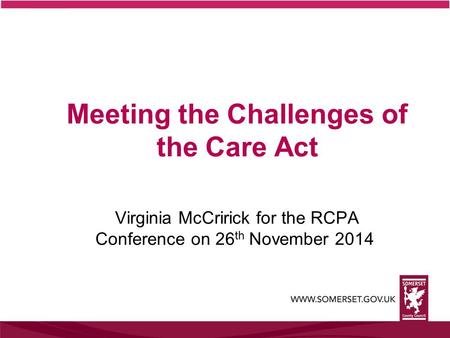 Meeting the Challenges of the Care Act Virginia McCririck for the RCPA Conference on 26 th November 2014. 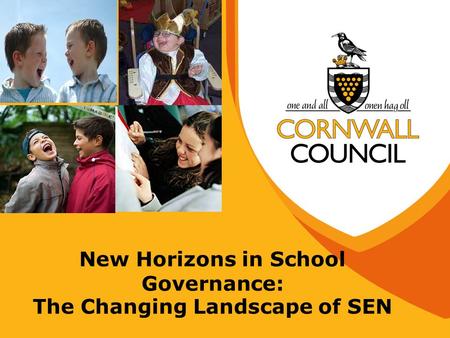 New Horizons in School Governance: The Changing Landscape of SEN. 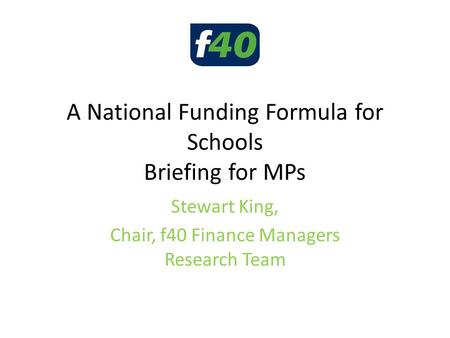 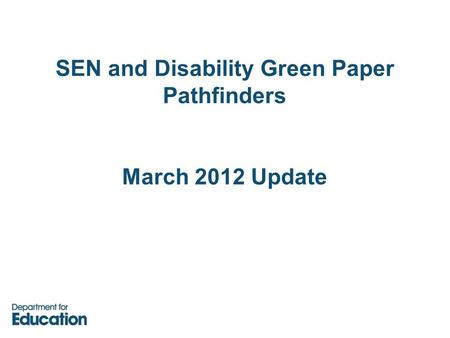 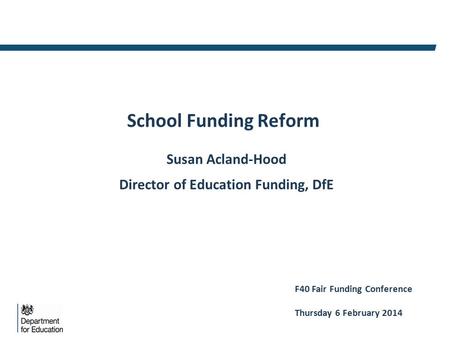 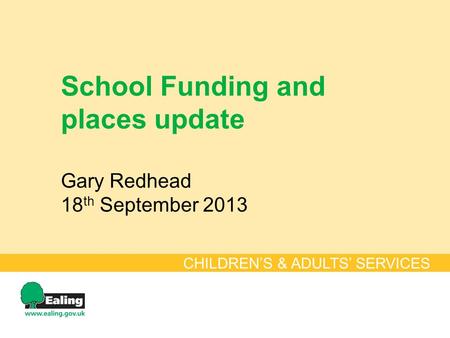 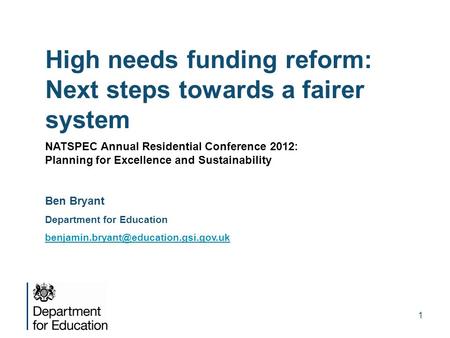 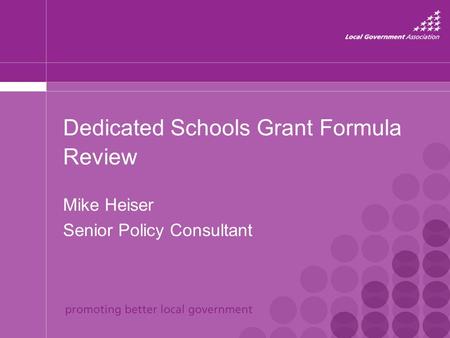