4 What characteristics defined the civilization that developed in China under its early rulers?
During China’s long history, two themes played key roles: Dependence on rivers for transportation and irrigation Devotion to duty to ensure that society operates smoothly

5 Geography influenced Chinese civilization by isolating it from outside people.
The Gobi desert, the Himalayan mountains, thick rainforests, and the Pacific Ocean all set China apart.

7 The Huang River valley provided the fertile soil Neolithic people needed to farm.
The Huang is also known as the Yellow River, because of the volume of yellow loess soil that washed into its waters. The river got the nickname “River of Sorrows” because it often overflowed.

10 Later, the Chinese argued that the dynastic cycle reflected heaven’s judgment of good and bad governments. 10

11 Under the Zhou dynasty, China became a feudal state.
Feudalism was a system in which local lords governed their own lands, but owed military service to the ruler. After 800 B.C., feudal lords had more power than Zhou kings. 11

12 By the time of the Shang dynasty, the Chinese had developed complex religious beliefs.
Many of these beliefs were practiced for thousands of years They prayed to many gods and nature spirits. They called on their ancestors for good fortune and made offerings such as food to influence gods such as the great Shang Di.

13 Confucius developed his philosophy during the Zhou period.
Concerned with worldly goals, he considered filial piety, respect for parents, the highest principle. His teaching reflected Chinese belief in yin and yang, balance between two forces.

14 Laozi lived at the same time as Confucius and founded a philosophy called Daoism.

15 The Shang and Zhou periods produced many cultural achievements.
The Chinese learned to make silk by 2640 B.C. It became their most valuable export. Chinese writing appeared 4,000 years ago on oracle bones. Chinese writing became the art form calligraphy. 15

16 Chinese writing fostered unity among diverse peoples.
One them, The Book of Songs, depicted both farm and royal life in poetry and song. Under the Zhou, the first books were made. 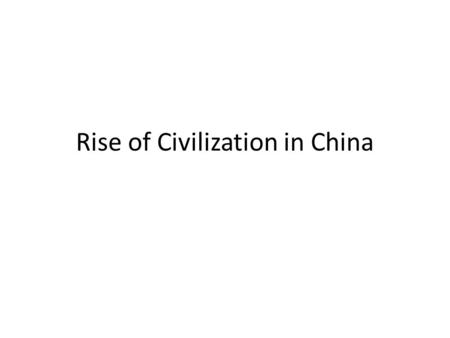 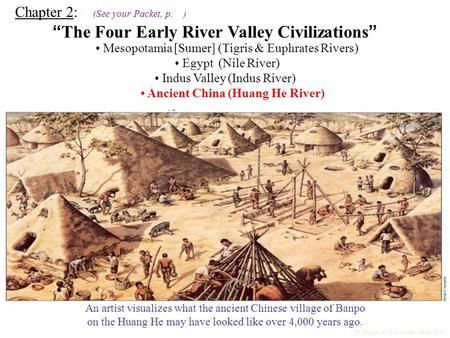 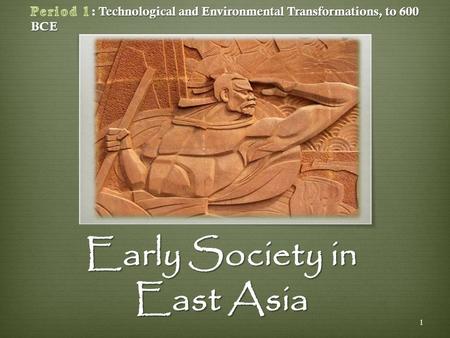 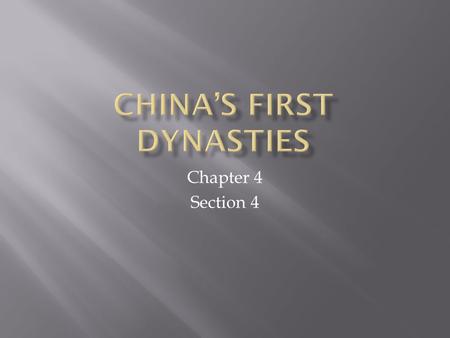