2 MAKE UP OF THE CONVENTION  Congress only gave the delegates of the convention the power to amend the Articles.  55 delegates attended the convention.  May 1787 the delegates elected George Washington president of the convention.  The delegates decided from the start to ignore their instructions to amend the Articles and instead voted to write a new Constitution  Appointed a committee to draw up rules for the meeting They decided that what was said in the convention would be a secret.  They believed the best constitution required a free exchange of ideas they believed that if delegates were afraid their debate would become public they would not express their real opinions  They believed the new constitution would have a better chance of being accepted if people did not know about the arguments that went on while it was being written. Each state would only have one vote They agreed that a member could not be absent from the convention without permission if it deprived a state its vote Made it possible to reconsider issues freely  No decision had to be permanent until the work was all done.

3 WHY THEY WERE THERE  Many delegates came to the meeting convinced that the Articles were so bad that they needed to create a new plan of government James Madison had already drafted a plan for a new government before arriving at the Convention.  As the Convention started the Virginia delegation, led by Edmund Randolph, presented to the convention the plan that Madison had drawn up.  Four months later as the convention adjourned they had written a new constitution.

4 THE VIRGINIA PLAN  This plan proposed by Madison called for a strong national government organized into 3 governmental branches.  This government would have the power to make and enforce its own laws  Collect its own taxes  Each citizen would be governed by two governments which would get their power from the people  The existence of two governments each given a certain amount of authority over the people this is called federalism.

5 VIRGINIA PLAN CONT.  The first branch of government was the legislative branch It was to be made up of two houses  House of Representatives which would be elected directly by the people of each state  Senate which would be elected by the members of the House of Reps from a list of nominated people by the state legislatures The number of representatives in both houses of the legislature would be based on the population of each state. Larger populated states would have more representatives Powers given to the legislature  Make all laws that the states could not make (regulating trade between states) Supreme power on all matters  The power to veto state laws that it considered to be in violation of the national constitution  Call on the armed forces against a state to enforce the laws passed by congress

10 Three-Fifths Compromise  Since the representation in the House was going to be based on the states population the southern states wanted to count their slaves as part of their population.  The compromise allowed the slave holding states to count 3 out of every 5 slaves they had (Article I Sec 2 Clause 3/13 th Amendment)  That population number would also count in the states taxes.

11 Commerce and Slave Trade Compromise  Before the south would agree to give the new government the power to regulate trade, the southerners insisted on certain protections  1. congress could not tax exports from any state.  2. Congress could not mess with the slave trade for a period of at least 20 years (1808) 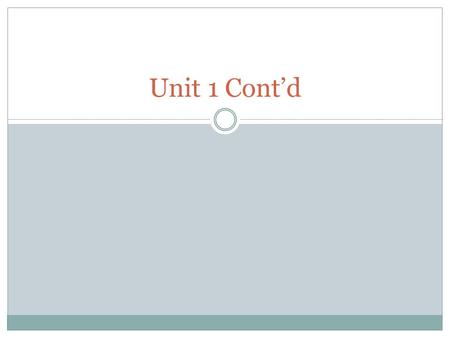 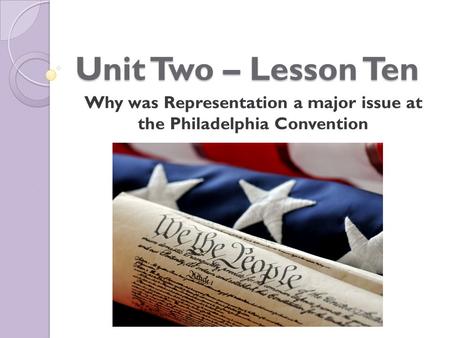