2 What was Apollo 11? First attempt to actually land on the moon Attempt to beat the Russians, and become the first nation to successfully walk on the moon Get all the astronauts home safely Apollo 11 was the shuttle that was launched Mission launched from Kennedy Space Center

10 Apollo Lunar Module (Eagle) Lander portion of the Apollo spacecraft Used from lunar orbit to the moon’s surface, back to Earth’s surface Designed to carry a crew of two members (Armstrong and Aldrin)

11 Apollo Command Module (Columbia) Attached to service module Designed to carry a crew of three members, but only carried Collins Stayed in orbit around moon while Armstrong and Aldrin walked on the moon

13 Descent and Splashdown Armstrong and Aldrin lifted off from moon and docked with Columbia on July 21, 5:35 pm Rested until 12:55 am Entered trajectory toward Earth Splashed into Pacific Ocean on July 24, 12:15 pm with all films surface specimens

14 -Might have acquired undiscovered pathogens from the moon’s surface while exploring -The three American heroes received a clean bill of health and were released to the public on August 13, 1969

15 First announced his goal for landing a man on the moon on May 25, 1961 to a Joint Session of Congress "No nation which expects to be the leader of other nations can expect to stay behind in this race for space.“ Asked Congress to approve more than $25 billion for the Apollo Project, which started in 1961 Assassinated in 1963 Man walked on moon while Richard Nixon was in office JFK’s Space Program

16 The Russian/U.S. Space Race Technological and ideological rivalry between the United States and the Soviet Union, which developed during the Cold War USSR loses many lunar travel candidates after failed space attempts year after year Soviets get credited for sending the first unmanned probe to the moon in 1959 United States get credited for having the first man to ever walk on the moon in 1969

17 The Apollo 11 Hoax Many people think that it was fake, and that the whole event was staged and photoshopped The black backgrounds of their photographs are oddly lacking the many stars that should be visible in the sky. In photographs such as this one where both astronauts are visible, there is no sign of a camera. So, who took this picture? 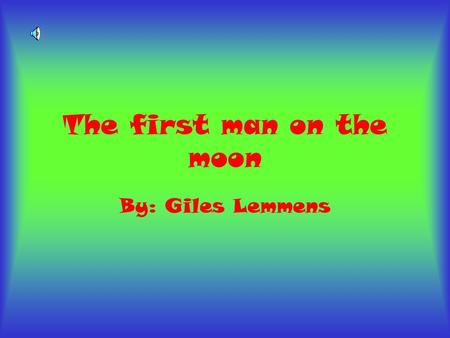 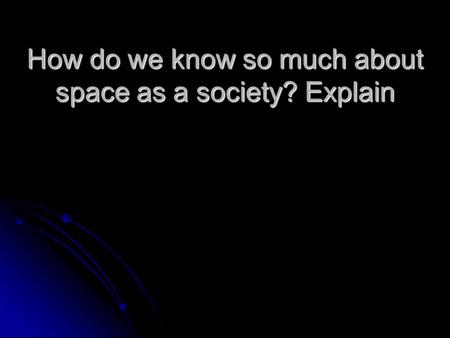