2 Outline: -Performance 2004-2005 -Drought conditions over the Iberian peninsula -Progress with the multi-model system - Some results from the experimentation done to test the next system (S3).

22 Conclusions -Predictions of the monsoon precipitation for JJA 2004 verified well. -Over the West Pacific basin the forecast predicted successfully higher tropical storm activity than the climatology. Over the Atlantic the forecast has not been as good. -Beyond the first month the skill of the seasonal forecast for a single month can be limited by the chaotic nature of the atmosphere. -Dry conditions over the Iberian Peninsula were consistently predicted since November 2004. -For the next summer warm anomalies are predicted over the South- western Europe.

23 Multi-model : Verification of the individual multi-model component is completed this includes the original and revised Météo France system. Multi-model products as well as their verification is in progress. What issues are involved for reaching the operational status: - A suitable hind-cast ensemble size covering the same period. - Some coordination on how to display the products on the web.

32 Experimentation for System 3: Results from coupled integrations with a more recent version of the atmospheric model (CY29R1) indicate generally a higher skill except for a specific season and location. This seems to be related with the mean state of the atmospheric model that tends to underestimate the easterlies over the central tropical Pacific. One possible solution to this problem may be a correction term during the model integration. Further experimentation is in progress including the testing of the latest atmospheric cycle. 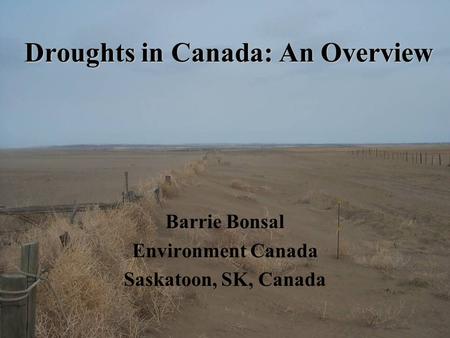 Droughts in Canada: An Overview 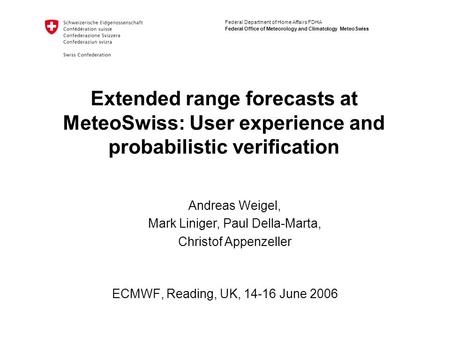 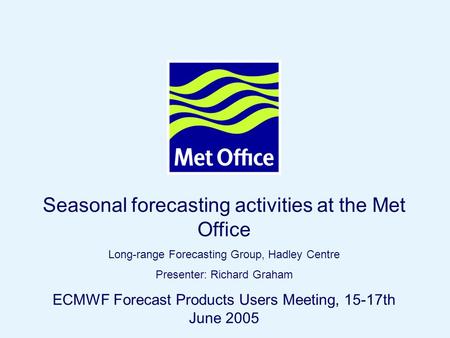 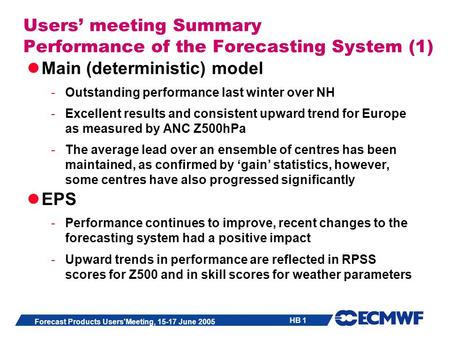 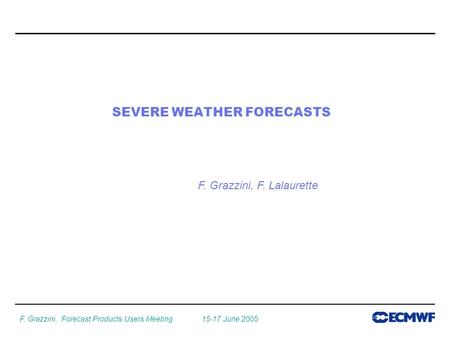 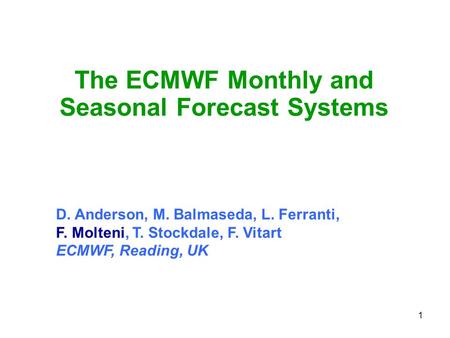 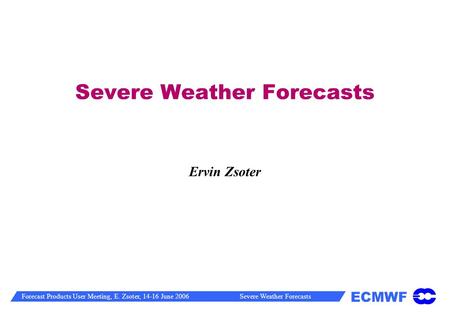 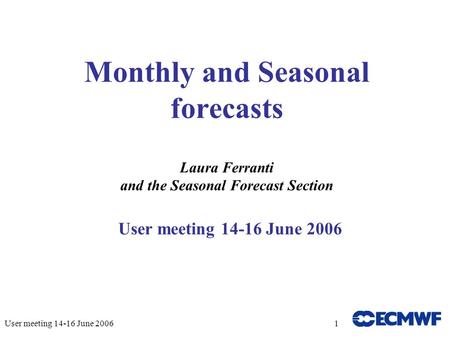 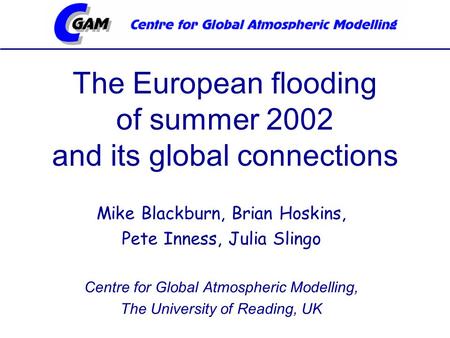 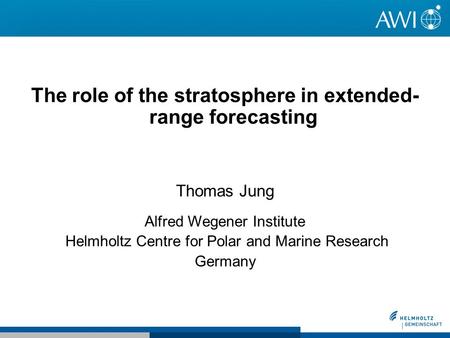 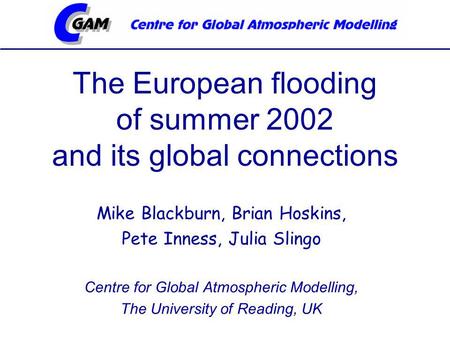 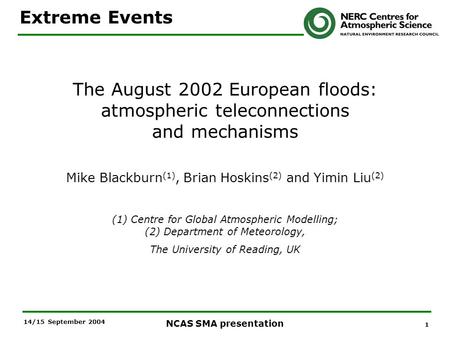 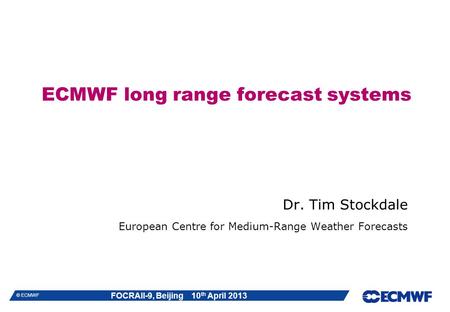 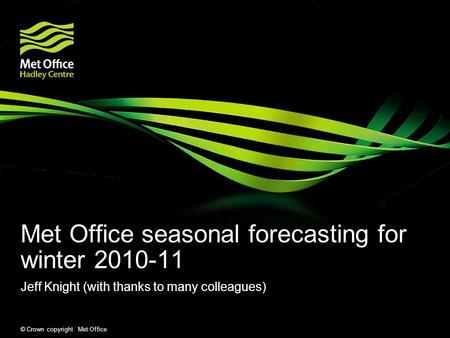 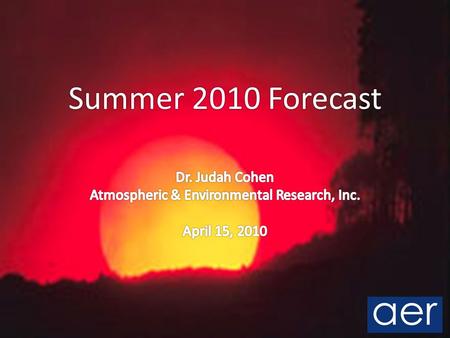 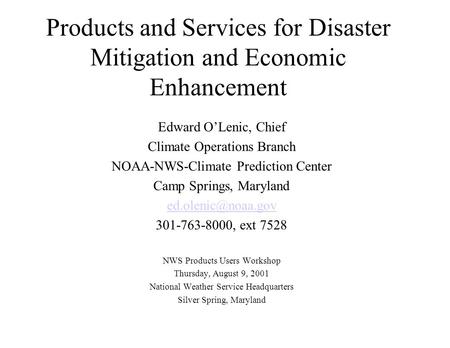